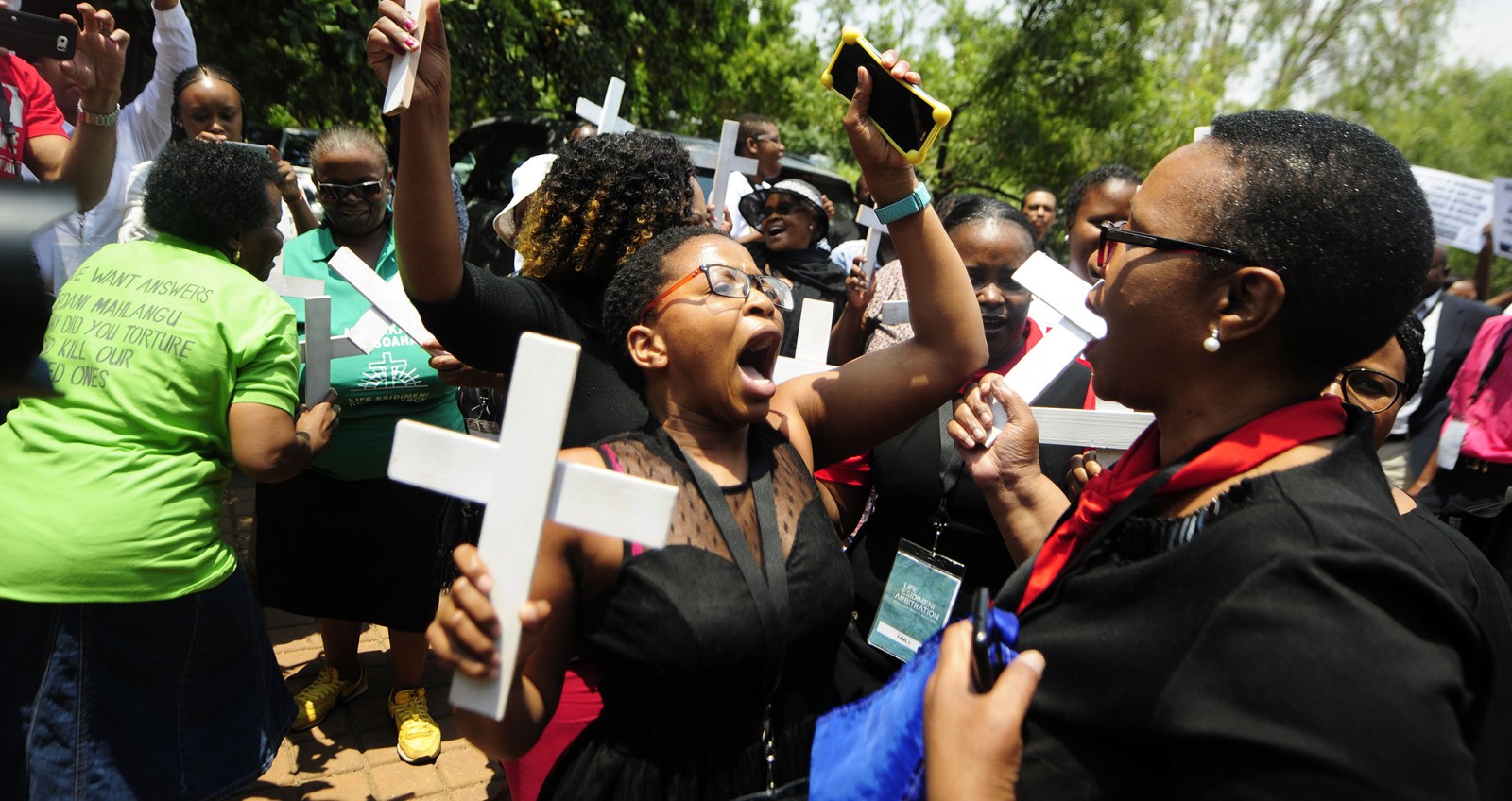 On Friday, former deputy director of the Gauteng Department of Health Mental Health Directorate, Hendricka Jacobus, was examined by advocate Rendani Munzhelele, legal counsel for Daphne Ndhlovu, who was a social worker at Cullinan Care & Rehabilitation Centre during the Life Esidimeni marathon project that resulted in the deaths of 144 mental healthcare users.

Speaking about Siyabandinga (one of the NGOs where Esidimeni patients ended up) and whether it was licensed and had experienced overcrowding, Hendricka Jacobus said she had not compiled a licence for the NGO because at the time she had been inspecting NGOs, as far as she knew Siyabandinga had not been in existence.

Jacobus said that she had come to know about Siyabandinga only when she was sent there at a later stage to investigate seven deaths, and had no knowledge of its patient capacity. Jacobus contended that she could therefore not testify on whether there was overcrowding at the NGO.

Advocate Amanda Gxogxa, legal counsel for former Gauteng department of health nurse Rochelle Gordon, put it to Jacobus that her client had accompanied Jacobus on an inspection of NGOs in Tshwane. Gordon would testify that the NGOs had not been ready to admit patients because the beds were too close to one another, with only one set of linen for each bed.

Jacobus responded that what they were looking at in terms of readiness at the time of the inspection was the space available as measured by an architect on the first visit. On the second visit, they looked at whether the required beds were present. She said linen had at the time not been part of her brief.

Gxogxa told the inquest that Gordon would testify that Sharma House NGO was in a double-storey building in which the ceiling was too low and the staircase insufficiently protected, putting people in danger of falling, which Jacobus confirmed.

“Sharma House had applied well before the Life Esidimeni situation and from the outset with Sharma House, I was working with them and they had to be sorted out from the house up to the patients because they had 100 patients on the premises then,” she said, which was why she got the department of social development involved.

“By the time of Life Esidimeni, Sharma House had already erected the structures, the bed spaces for patients and all that,” she said, adding it was then deemed to be in a fit state to admit patients.

Gxogxa told the inquest that Gordon would testify that although another NGO, Anchor House, had been newly refurbished, the kitchen and laundry room were too small, but there was sufficient linen, with which Jacobus agreed.

Gxogxa put it to Jacobus, however, that Gordon would dispute her evidence that Jacobus had visited all the NGOs with her and that she had not visited Precious Angels One and Two before the transfer of patients from Life Esidimeni. Jacobus did not dispute this.

The inquest was adjourned and is set to continue on 31 January. DM/MC