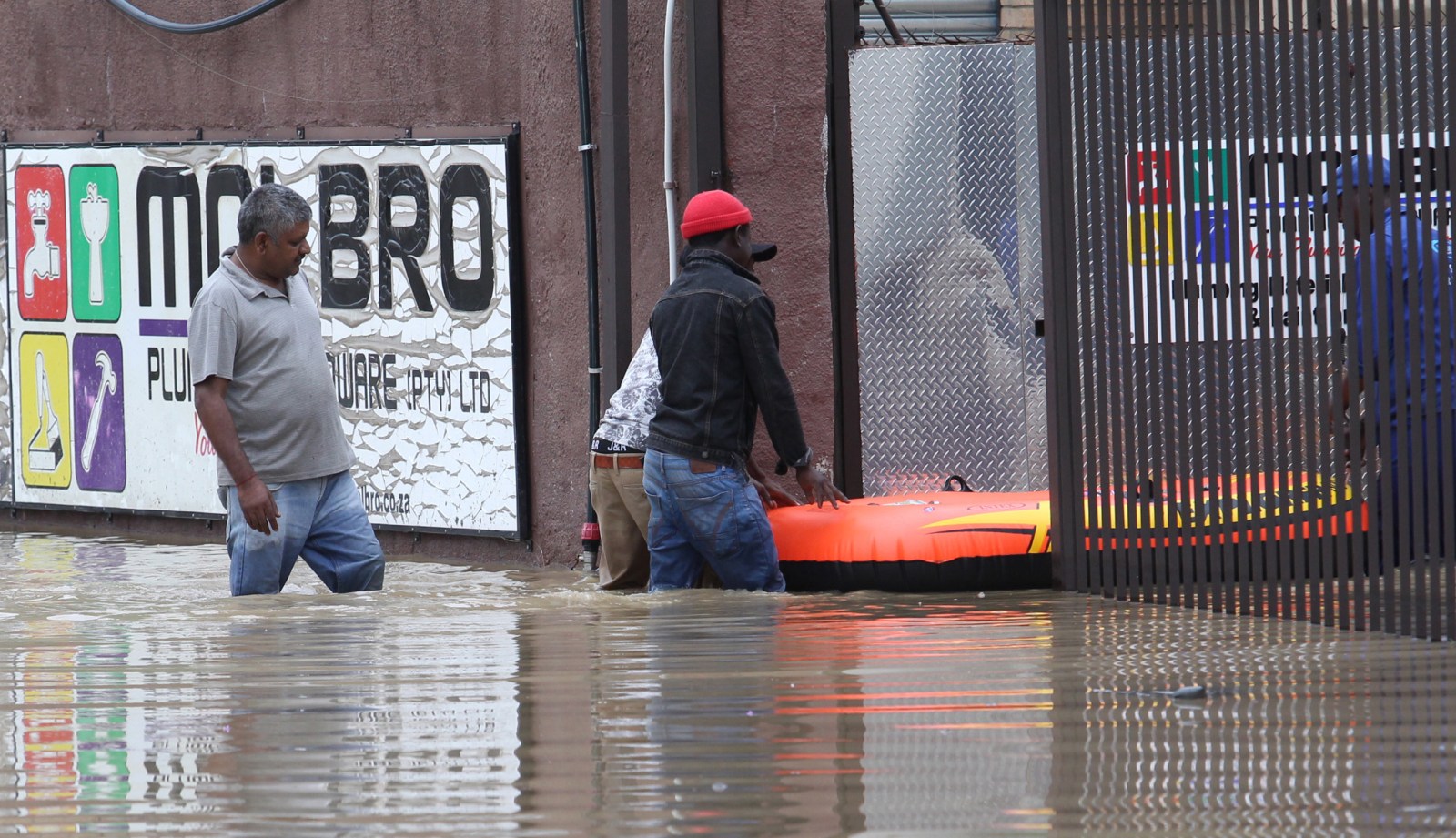 Ladysmith CBD hit hard by floods as heavy rainfalls continue in the area and in and around the province of KwaZulu Natal. Photo: Mandla Langa

The National Disaster Management Centre (NDMC) has classified the recent rains which led to the destruction of property and important infrastructure in Eastern Cape and KwaZulu-Natal as a national disaster.

Floods in Eastern Cape and KwaZulu-Natal have displaced hundreds of residents, damaged infrastructure and caused 82 fatalities.

In the Free State, the opening of schools was delayed in Qwaqwa after the education MEC in the Free State called for teachers and pupils in the area to exercise caution during heavy rains.

In North West, residents living alongside the banks of the Vaal River were evacuated due to rising floodwaters.

On Wednesday Dr Mmaphaka Tau, head of the National Disaster Management Centre, issued a notice in the Government Gazette stating that he calls upon the organs of state to further strengthen support to existing structures to implement contingency arrangements and ensure that measures are put in place to enable the national executive to effectively deal with the effects of this disaster.

“Organs of state are required to prepare and submit reports, as required by the National Disaster Management Centre [NDMC] and in the case of a declaration, report to the respective intergovernmental forums,” read the notice.

Cooperative Governance and Traditional Affairs (Cogta) national spokesperson Lungi Mtshali said the heavy torrential rains that continue to batter some parts of South Africa, had caused flooding, which led to the destruction of property and important infrastructure.

“The NDMC is working closely with provinces and all affected organs of state and continues to receive reports on the extent of the damages caused by the recent torrential rains,” Mtshali said.

He said after consultation with all provinces and other relevant role-players on the extent of the damages caused by the storms and heavy rains, the NDMC had decided to classify the severe weather events as a national disaster.

“This classification is done to confirm that the situation is regarded as a disaster and is of a magnitude that exceeds the capacity of affected municipalities and provinces to deal with. It further assigns primary responsibility to the national sphere of government for the coordination and management of the disaster and enables organs of state in all spheres to assist in dealing with the disaster and its consequences,” Mtshali said.

“Members of the public are further urged to continue observing weather warnings as issued regularly by the South African Weather Service and also to practise safety measures in the face of continuing rains and resultant storms and flooding incidents. A special plea is particularly made to those who are located in low-lying areas to take precautionary measures including relocation away from those risky areas,” he said.

“These rains continue to affect our communities negatively, with 82 fatalities reported to date, notably driven by drowning and lightning incidents. These threatening conditions call for an all-of-society and government approach to promote risk reduction and implement coordinated response measures.

“Rain is most welcomed as it assists to address the challenges of water shortages in some parts of our country. Unfortunately, the heavy downpours have caused considerable damages to large parts of the country, thus limiting movement of people and causing flooding in some areas,” she said.

“According to disaster management teams, heavy rains in the catchment areas have led to the Tugela River bursting its banks over the weekend and affecting communities and towns located along its path,” he said.

He said the bridge linking Kranskop and Nkandla was submerged.

Hlomuka said the province has been experiencing inclement weather conditions since early December which left a trail of death and destruction.