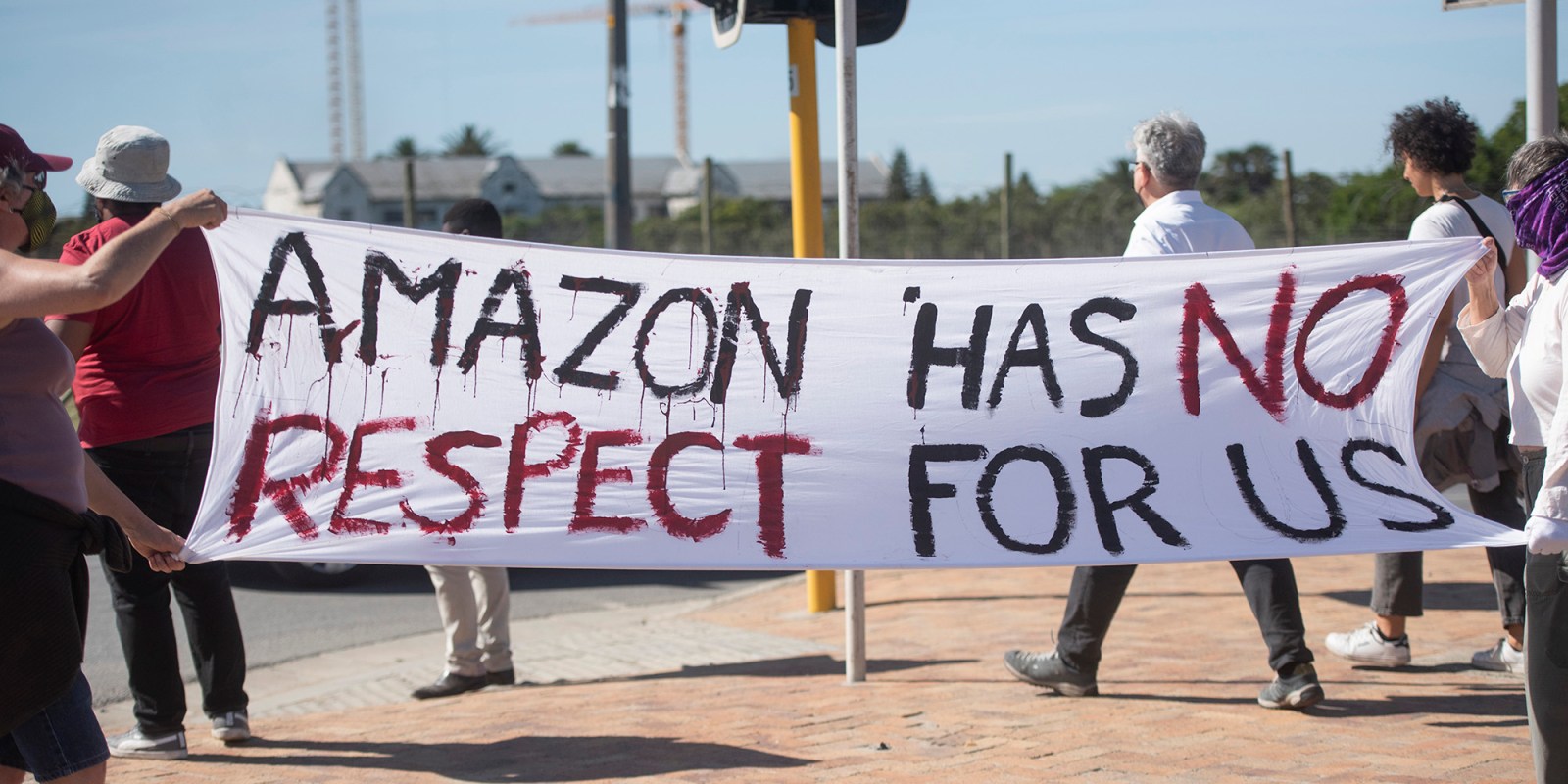 The development in Cape Town will better represent the cultural significance of the Khoisan community, the developer and Western Cape province argued in court on Thursday. It was the second day of a hearing seeking to interdict the project — where global retail giant Amazon plans to house its Africa operations headquarters.

No tangible resources are being destroyed — instead, the value and significance of the Liesbeek and Black rivers to the Khoisan community are being restored, elevated and symbolised. These are among the arguments the Liesbeek Leisure Property Trust (LLPT) and Western Cape lawyers submitted when they put their case for the continuation of the development before the Western Cape High Court in Cape Town on Thursday.

Day two of the hearings at which the Goringhaicona Khoi Khoin Indigenous Traditional Council (GKKITC) is seeking to urgently interdict the construction of the ongoing development by LLPT that will house the Amazon Africa operations headquarters, continued with fewer interruptions than the day before by Western Cape Deputy Judge President Patricia Goliath.

The GKKITC has argued that it was not consulted in the process, that the construction of the development will infringe on the cultural heritage of its community, that due environmental processes were not followed and that heritage assessments fell short.

Opposing counsels have argued otherwise, stating that the consultation with a Khoisan group named First Nations Collective had been sufficient. The counsels also argued that the self-exclusion of the GKKITC from the consultation processes did not represent a failure to consult an indigenous community that had significant sentiments about the Liesbeek and Black rivers

Attorney John Newdigate, representing the Western Cape province, told the court that the development could change the shoddy state of the rivers and the poor commemoration of Khoisan history.

“The development can change this. There would be rehabilitation of the river. There would be conditions that would celebrate the site and heritage and its significance, including an indigenous garden, cultural and media centre, an eco-trail, an amphitheatre for cultural performances and commemorating the history of first nations and symbols. Moreover, a large part of the development would be made accessible to the public whereas now it is private — it would be opened up,” Newdigate said.

Considered a place of successful early colonial resistance to Portuguese explorers in the 1500s, the area has come to symbolise the heritage of the indigenous community and is regarded as a sacred space for the Khoi, where they can carry out cultural practices. The GKKITC has also proposed that the area should entail a form of remembrance for their heritage, but not in the form of the current development.

The development, the indigenous council said, should find a new home. Some of the alternative spaces proposed included Century City, The Waterfront, the Galleria (Tygervalley), along the Foreshore and the Harbour Arch development.

Construction of the R4.5-billion property is already under way. LLPT advocate Sean Rosenberg argued that should construction halt, the cost of doing so would be severe. He said the nearly 14,000 people who could potentially benefit economically from the development would otherwise lose the opportunity.

Rosenberg said that should the urgent interdict application by the GKKITC be granted, Amazon could abandon the project, also raising concerns about the potential cost of a delayed construction project.

He said the losses would be enormous, but “the much more likely possibility is that this project will not go ahead, given what [has] happened up to now. Given Amazon’s impatience, given Amazon’s indication assessed by the first respondent. And by the way, that’s not hearsay evidence. Amazon has indicated even directly that it’s not going to tolerate any further delays,” Rosenberg said.

Judge Goliath questioned why the developers had proceeded with the development when they were fully aware that the matter was being contested.

Counsels presenting their cases submitted to the court that should the interdict not be granted, the GKKITC and Observatory Civic Organisation, which also opposed the development, would be liable for the costs of the delays and legal fees.

Proceedings will continue on Friday, the last day of the hearings. The City of Cape Town is expected to present its arguments tomorrow. DM/OBP