KwaZulu-Natal: Matrics praised for ‘resilience’, province happy with ‘improvements’ amid a year of disturbances and dislocation 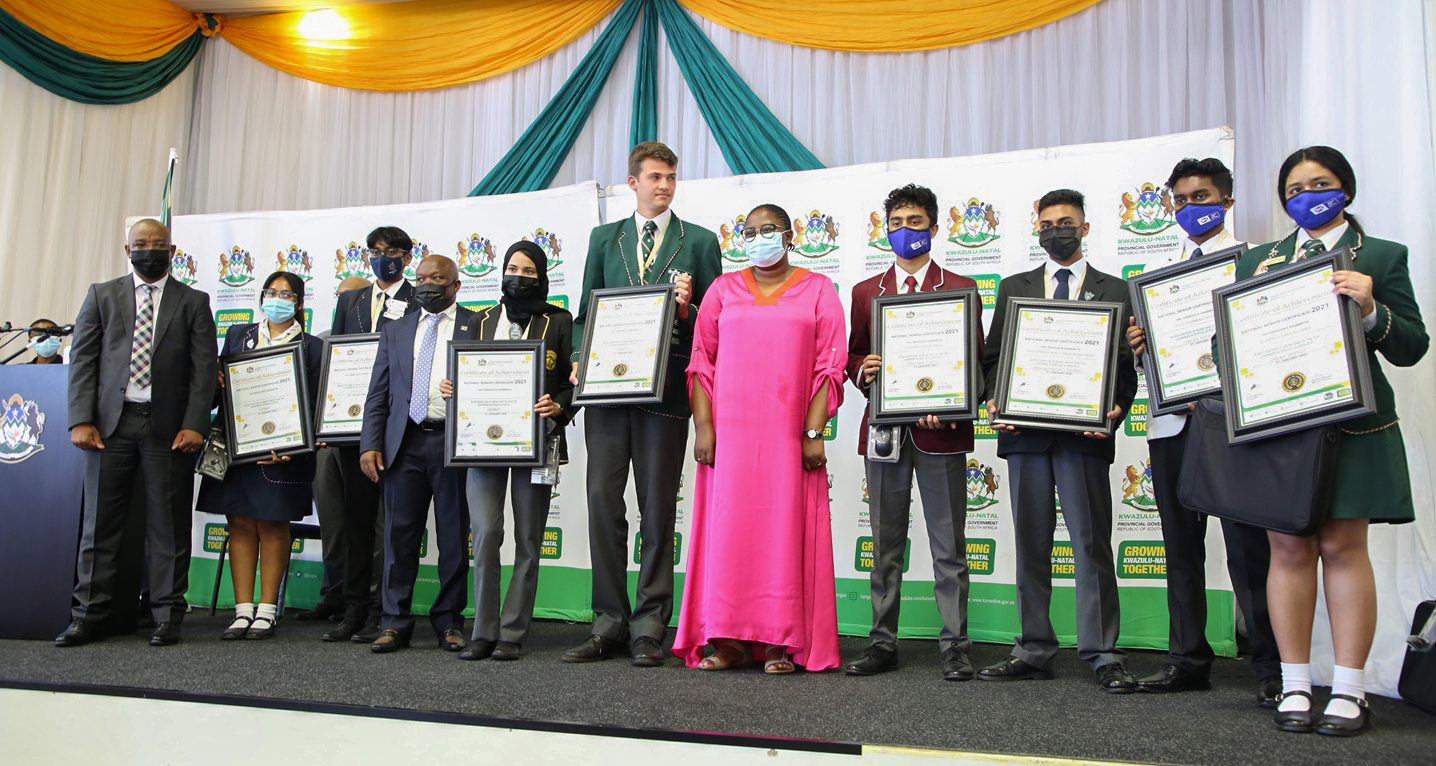 The KwaZulu-Natal education department achieved eight of the 10 ‘improvements’ it had set for the class of 2021, MEC Kwazi Mshengu said on Friday while addressing the province’s 76.8% matric pass rate, a decrease of 0.8% from 2020.

Mshengu was speaking at the state-of-the-art Anton Lembede Mathematics, Sciences & Technology Academy in Durban North, which was launched in 2021 and built at a cost of R252-million over five years. The MEC was joined by premier Sihle Zikalala, eThekwini mayor Mxolisi Kaunda, Department of Education officials, union members, parents and top-achieving matriculants.

Mshengu, Zikalala and Kaunda were in agreement via their prepared speeches that the class of 2021 had shown remarkable “resilience”, having had to contend with two years of Covid-19 disruptions.

The teenagers also had to deal with the devastating July riots, which left 144 “learning centres” damaged and led to the province’s annual winter school programme being cancelled. According to Zikalala, this came at a time when the education budget had been cut by R6.3-billion “as part of cost-containment measures”.

“The vandalising and targeting of schools to steal food and equipment had been on the rise with the advent of Covid-19 in 2020, and so, the July 2021 civil unrest only worsened the situation and enabled criminals to loot the future of our children,” said Zikalala.

“It is in this regard that we truly honour the class of 2021 because we cannot think of a group that went through such disturbances and dislocation in post-apartheid South Africa.”

The province had managed to eliminate schools that were previously slapped with a 0% pass rate, said Mshengu. There were six in 2020.

“We wanted to increase the overall pass percentage. We decreased with a marginal 0.8%.”

Education was the fulcrum of development, equality and sustainable livelihood, said the MEC. “If we are to succeed in many aspects of human life, we need to give young people relevant skills, knowledge and expertise. All these will only be possible if we have a quality education for all.”

The province was on “the right course”, he said. “[O]ur system is now responding positively to the ideals of quality and relevant education for all learners.”

The National Professional Teachers’ Organisation of South Africa’s KwaZulu-Natal CEO, Thirona Moodley, told Daily Maverick the union was “pleased” with the results, and that a 0.8% decline could be considered marginal “considering the trials of our education system during this past year”.

“The results bear testament to the hard work put in by teachers and learners during yet another year of trying circumstances in terms of the Covid-19 pandemic.

“We are fully aware that the panic and anxiety that accompany the pandemic do cast a veil of uncertainty, but the final result demonstrates that the hard work does indeed pay dividends.

“Among the other challenges faced by learners – including the impact of Eskom’s load shedding which plays havoc on homework and study time – some of the learners in our province attended schools which bore the brunt of violence and looting during last year. But despite the trying circumstances, both learners and teachers persevered to overcome and champion these challenges.”

The DA’s education spokesperson for KZN, Dr Imran Keeka, said he welcomed the results. “While KZN did not realise the same pass rate as 2020, with 76.8% – a drop of 0.8 percentage points from the year before – the number of learners who have passed matric and even obtained their bachelor passes, under very trying circumstances, paints a good picture.”

But, he added, the “real pass mark” would only be known after looking at the entire cohort of matriculants – those who started school in Grade 1 or at the intake for the Grade 10 class of 2019.

“The DA will calculate these numbers in order to establish the real pass mark once the true figures become available. This figure will take into account the entire cohort and will demonstrate a more accurate figure and reflection of the performance of this group of learners.” DM