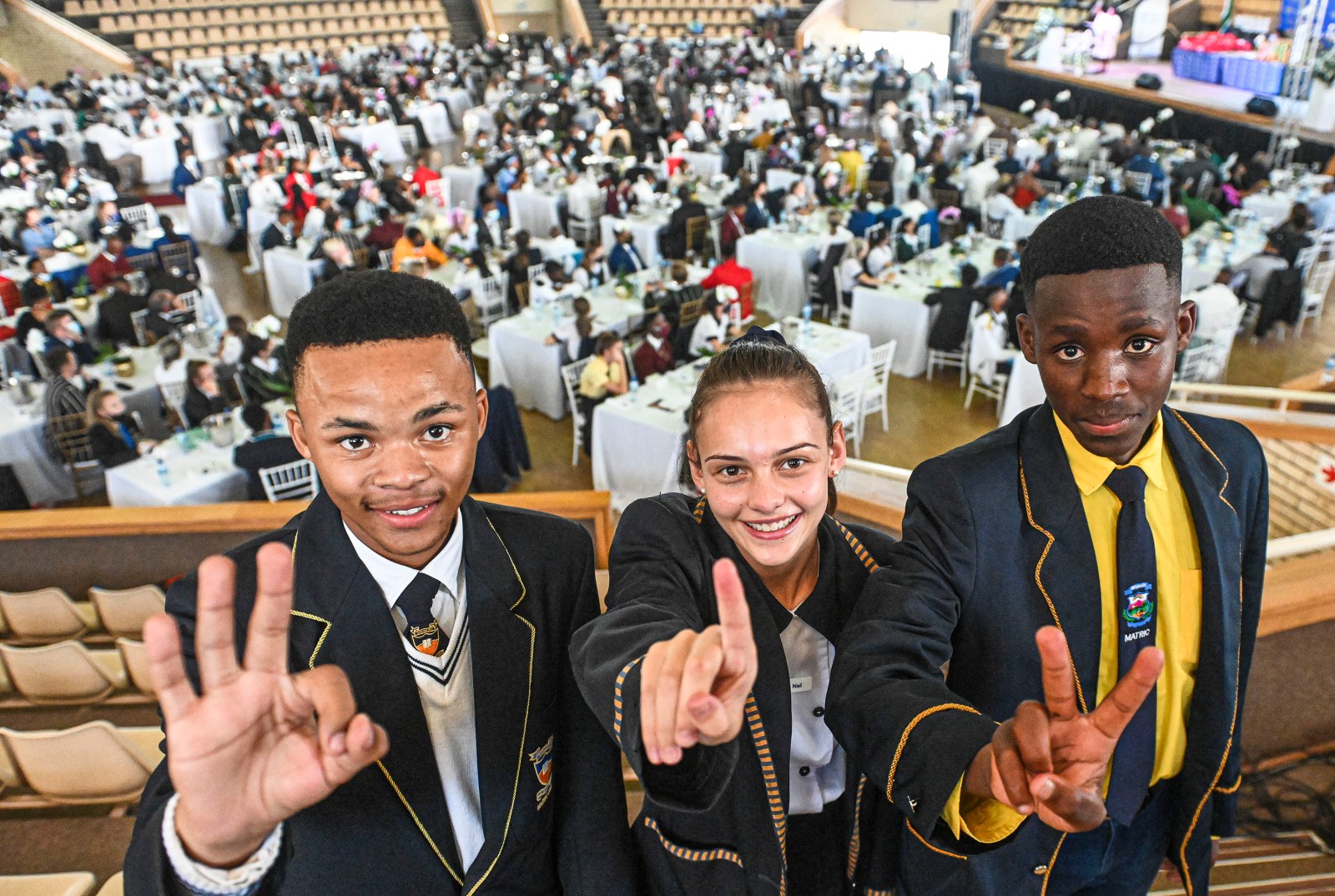 Free State has once again been crowned the country's number one for Matric pass rates. MEC of education in the Free State Tate Magoe awarded the top 100 learners in the province on Friday, with top honours going to Chane Nel (18) from Meisieskool Oranje, Bloemfontein, followed by Tlotliso Mofokeng from Mookodi secondary school in Qwaqwa and Tsebo Molatoli. (Picture: Supplied)

“This is the third year in a row that we’ve come out as number one, we’ve also never gotten below 80% for our matric pass rates since 2012,” said a delighted Tate Makgoe, the Free State’s MEC of education at the 2021 matric results briefing in Bloemfontein.

This year the province recorded the highest matric pass rate in the country of 85.7%. This is a slight increase from last year’s pass rate of 85.1%.

“All of our districts performed above 82%, we’re the only province that’s done that,” said Makgoe.

46 schools obtained a 100% pass rate — a decrease by one school — 11 of which are township schools, said Makgoe. “We were able to achieve this even though this is a province laden with poverty,” said Makgoe.

Makgoe also applauded a few of the top 100 candidates in the province, among them were:

“The class of 2021 are ambassadors of public schooling. At least 87% of the schools in this province are no-fee paying schools and yet you can see their performance. They are proof that there is nothing wrong with public schools and our teachers,” said Makgoe. DM