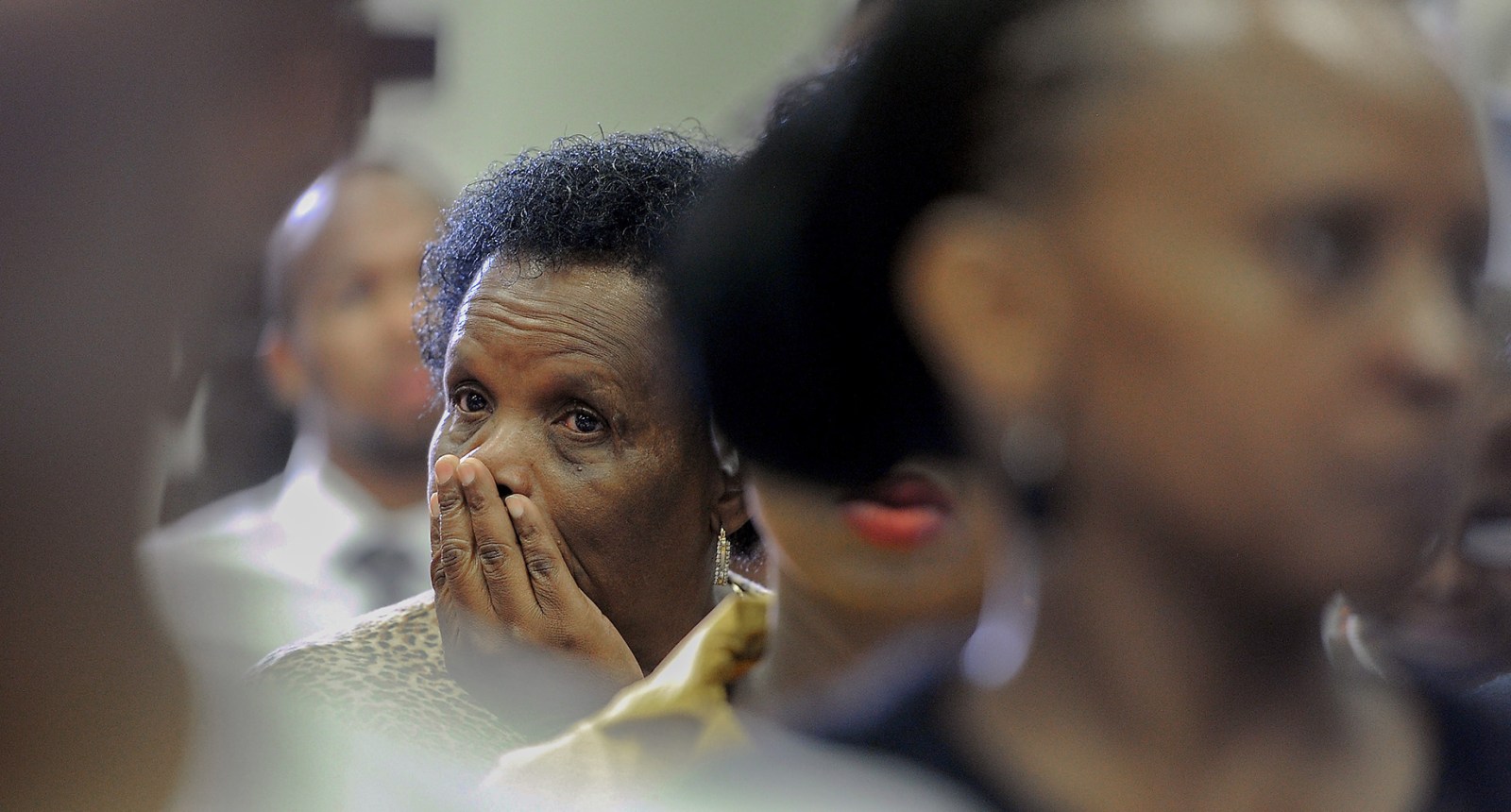 Relatives of Life Esidimeni patients who died attend the media briefing by the Health Ombudsman to announce the final report in Pretoria on 1 February 2017. (Photo by Gallo Images / Beeld / Felix Dlangamandla)

Official testifies she compiled licences for NGOs in the Life Esidimeni Marathon Project for the transfer of mental healthcare users, but was not part of the process.

Advocate Phyllis Vorster, legal counsel for the families of four mental healthcare users (MHCUs) who died during the transfer from Life Esidimeni to NGOs, cross-examined former deputy director of the Gauteng Department of Health Mental Health Directorate, Hendricka Jacobus, on Thursday at the Life Esidimeni inquest. The four died while at Siyabadinga and Cullinan Care and Rehabilitation Centre (CCRC) NGOs.

Jacobus testified that the reason she did not know the number of people that had died at NGOs during her testimony at the 2017 arbitration is that she was not in the office and was working mostly “out in the field” when the transfer project was initiated.

Jacobus outlined the procedure when an MHCU died at an NGO. The manager of the NGO would inform the district office and hand in all paperwork with details of the death, the people involved and the informing of family members, which was then compiled by the district office into a formal report to the central department of health. If the office found that the cause of death was not natural, department officials conducted an investigation. A decision on any further action would be made by the director of the mental health directorate.

On the issuing of licences and inspection of Precious Angels and Anchor House NGOs, Vorster put it to Jacobus that based on the state of these NGOs, which were found to be unsuitable for MHCUs, she did not use the standard list of requirements stipulated by the department to determine their suitability and used only their large bed capacity as a measure for suitability. Jacobus denied this.

Asked by Vorster why 65 patients were moved from CCRC to Siyabadinga, Jacobus answered that she did not know. Vorster told the inquest that what was on record was that the patients were moved to “make space for the Life Esidimeni patients”. Jacobus said she had no knowledge or recollection of this.

Jacobus, who compiled the licences for the Marathon Project NGOs, conceded to changing the number of bed spaces on the NGOs’ licences three times, at the instruction of former director of Gauteng mental health Dr Makgabo Manamela.

Vorster read testimony from the arbitration record where Jacobus had stated the importance of following departmental procedures when selecting NGOs for MHCUs and said that if this was not followed, it would have great financial implications for the NGOs.

Turning her attention to the audit done at Siyabadinga NGO, Vorster asked Jacobus to confirm that it was still her testimony that no audit had taken place at the NGO before the MHCUs were transferred there and whether there were doctors or nurses there. Jacobus confirmed this and went on to say that she made Manamela aware of these shortcomings, the result of which was Jacobus being placed as a “support” to Siyabadinga.

Concluding her cross-examination Vorster put it to Jacobus that her “conduct was an important contributory fact to the blatant and intentional neglect of these medical health patients. That you knew that the care was inadequate… was not there to care for these medical healthcare users and that your actions contributed in the failure of this proper care and I will argue that you did this wilfully, you knew what was going on.”

The inquest continues on Friday. DM/MC