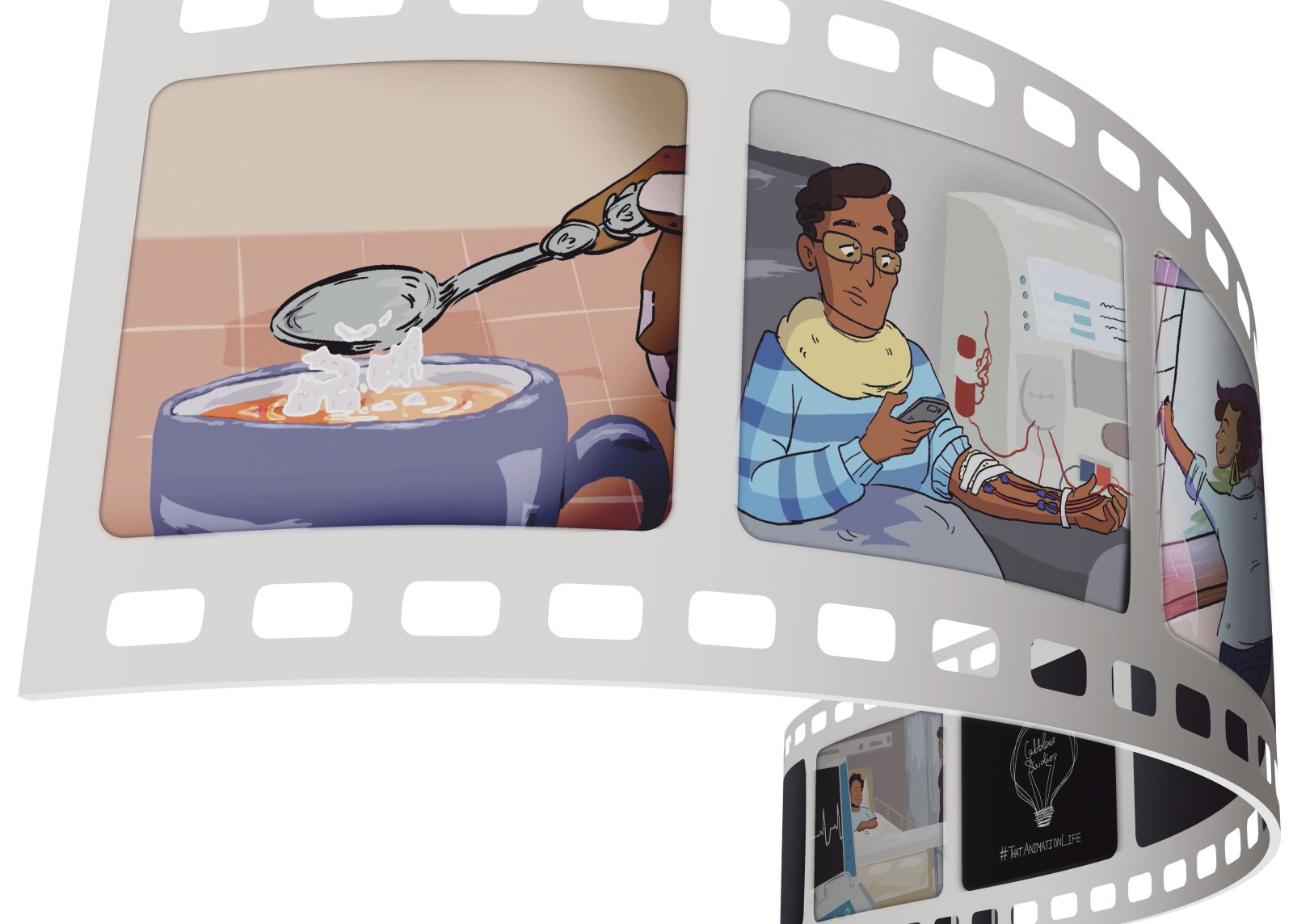 South Africa has many problems, ranging from a lack of access to water and sanitation to unemployment and health issues. Start-ups may be able to address these in innovative ways while also creating employment.

“Loo Afrique is innovative because most toilets are made from porcelain and once it cracks you need to replace it. This means that the people who need to use them at schools or malls can’t use them until they’re replaced.

“What we do is manufacture our toilets with plastic, which is much more sustainable because it doesn’t break,” said Rorisang Mpete, the founder of Loo Afrique.

Loo Afrique’s V-cistern is a three-litre flushing toilet system that comes fitted with a hand-wash basin, which, Mpete says, means “schools and malls can start building bathrooms differently because you don’t need additional space for the basins.

The concept for Loo Afrique came to Mpete during Cape Town’s water crisis in 2018.

“That made me also consider a toilet that could help save water. Instead of using fresh water every time you flush, the toilet uses greywater, which saves three litres of water,” said Mpete.

Saving water is especially crucial in South Africa, where the Water Resources Group has predicted that by 2030 the country’s water demand will outstrip supply.

Mpete (35) had experience in the water and sanitation industry: he had been a project manager for a company that installed toilets for clinics in North West. In 2018, after Mpete was retrenched, he registered Loo Afrique as his business.

In 2019, Loo Afrique won R300,000 from the Gauteng Accelerator Programme (Gap) Innovation Competition, which allowed them to pitch to the eKasiLabs incubator programme at the Innovation Hub. Although the Innovation Hub doesn’t provide funding, it does offer mentorship and skills development for start-ups, said Cicsa’s Bokako.

“Even though we can help them with some funding, what we do is help them scale up; for that we rely on our ecosystem partners and government. It’s important that we create linkages for them to access because we don’t control the funding,” said Bokako.

On the eKasiLabs programme, which fosters and cultivates a culture of innovation and entrepreneurship across townships in Pretoria and Johannesburg, Mpete said: “eKasiLabs was important in helping us when it came to new patenting and legalisation of the product. As an innovator, you don’t consider such things.”

With the Covid-19 pandemic shutting down many businesses, some in the water and sanitation sector flourished as Covid-19 protocols required people to regularly wash or sanitise their hands. Loo Afrique developed portable hand washbasins and portable hand-wash stations “which are currently doing well”, said Mpete.

Mpete says that while Loo Afrique has only five staff members, they were creating more “direct and indirect” employment opportunities for plumbers, who install the toilets, and for people to drive educational campaigns on how to use their toilets.

Another start-up using creative ways to generate employment while addressing social problems by using the “charming and innovative tool” of animation, is Cabblow Studios, started in 2017 by Kabelo Maaka.

Maaka and her mother, Dr Tshepo Maaka, the head of business development at Cabblow Studios, make a unique duo. Kabelo Maaka studied animation and her mother has been a medical doctor for the past 27 years.

Tshepo Maaka said that Cabblow Studios has produced three short films on diabetes. “What we’re doing is simplifying our content through animation so that people can fully understand diabetes and its impact.”

There are, according to the International Diabetes Federation, 1.8 million people living with diabetes in South Africa.

On the impact that the incubator programme had on Cabblow Studios, Tshepo Maaka said it “gave me wings to fly”. With the cash prize from the Gap Innovation Competition, the studio grew from two staff members to eight. Through the incubator programme she and her daughter learnt about intellectual property law, “which is paramount for anyone starting a business”.

As for the animation studio’s plans, Maaka said, “We want to grow the adult animation audience because we know that the world is looking at Africa when it comes to creating content. I’m also keen on bringing in more medical people.”

The Innovation Hub is a state-funded agency established by the Gauteng Department of Economic Development, which is why it is primarily focused on start-ups in Gauteng — but Bokako said they did not reject applications for support from other provinces.

Bokako said prospective entrepreneurs had to have a clearly defined vision of where they were going — “this can change, but you need to have it there. Research the market — more often than not, people think they’re doing something new, but they’re just regurgitating stuff that’s already out there. You also need to understand your market and know who you’re competing against. And also, ask lots of questions.” DM168