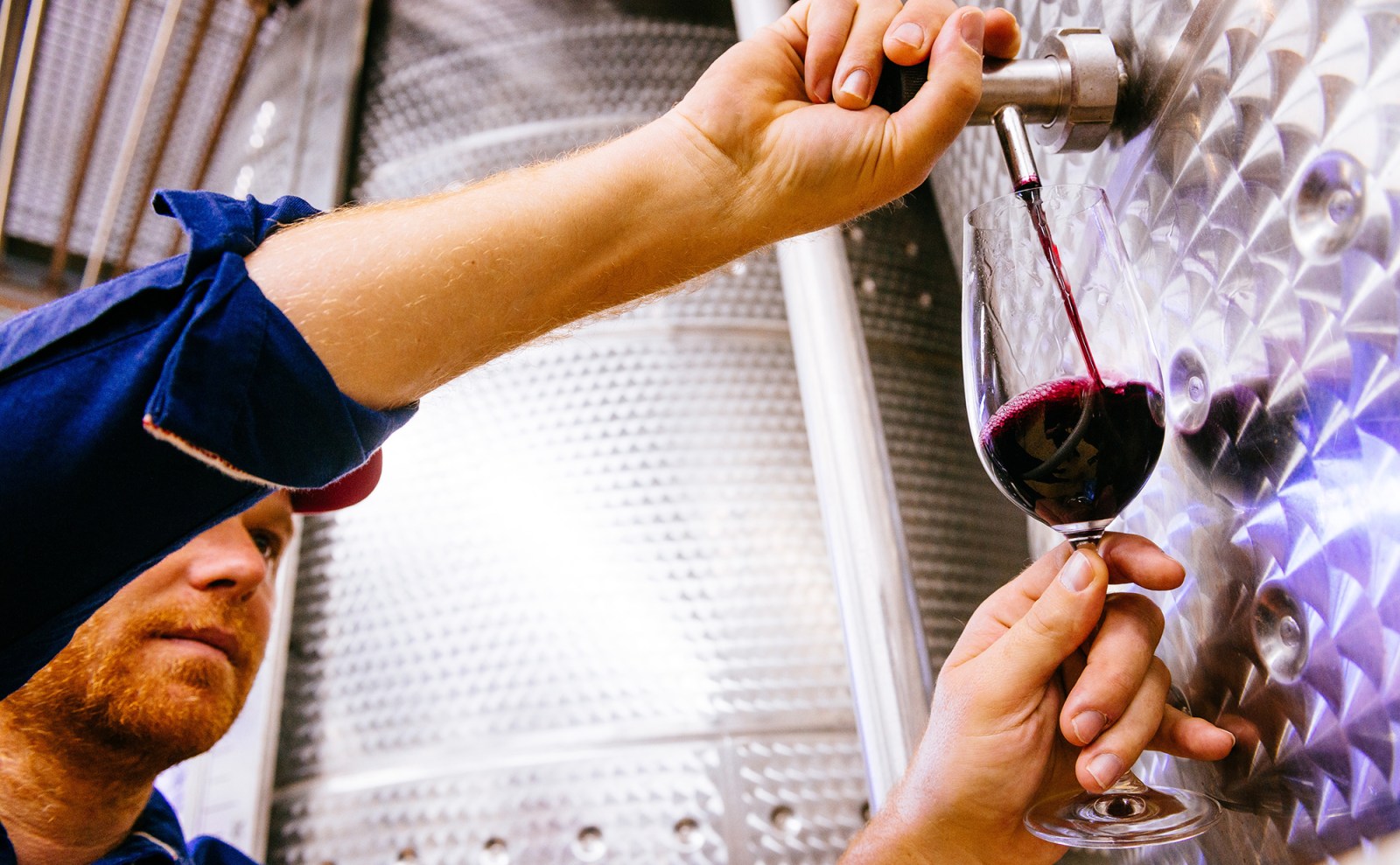 Morne Vrey, a winemaker, prepares to taste a sample of red wine from a tank at the Delaire Graff Estate in Stellenbosch, South Africa. (Photo: Waldo Swiegers / Bloomberg via Getty Images)

The South African wine industry is making a comeback after facing serious challenges in the form of crippling droughts and Covid-19 lockdowns.

‘There was a distinct silver lining [during 2021] when wine exports recovered to a healthy volume of 388 million litres, which amounted to R10.2-billion,” according to a statement by Wines of South Africa.

These figures compare with 2018 exports, when 420 million litres were exported at a value of R9.1-billion.

The volume of exported wine decreased from 2019 onwards due to severe droughts in large parts of South Africa, which produced a shortage of grapes. As a result, selling wine locally gained more attraction. Additionally, at the beginning of 2020, the Covid-19 disaster regulations on alcohol were announced, further affecting wine exports, explained Calow.

“That is why the statement does not do a year-on-year comparison, but rather compared with a ‘normal’ year when exports were healthy and conditions stable,” Calow explained.

The United Kingdom, one of South Africa’s largest wine importers, showed promising growth both in volume and value of packaged and bulk wine, with an increase of 10% over 2020 and 25% over 2018, said Calow.

“The UK market has been very supportive of South Africa’s wine industry.”

European markets, including the Netherlands, Germany and Sweden, remain “largely stable” despite the bans put in place due to new Covid-19 strains.

“Bulk wine remains a significant factor in South African wine exports, and in 2021 bulk exports played an imperative role in correcting the stock situation caused by a number of bans on local alcohol sales,” the statement said.

The value of bulk wine exports, excluding industrial wine, increased by 33.6% in volume year on year.

White wine “dominated” in 2021, with a specific demand for Chardonnay and Sauvignon Blanc – solely due to a shortage of white grapes in countries such as Italy and Spain, Calow told Business Maverick.

Red wines had a mixed reaction – bulk exports of Shiraz, Pinotage and Merlot increased, while the sale blends mostly declined.

“It is positive to note the long-term growth in rands per litre of bulk wine, with an increase of 8% on total bulk exports and a pleasing 32% on still white wine between 2018 and 2021,” the statement said. BM/DM