Mncedi Mtengwana: A school principal making sure his Uitenhage learners have a promising future 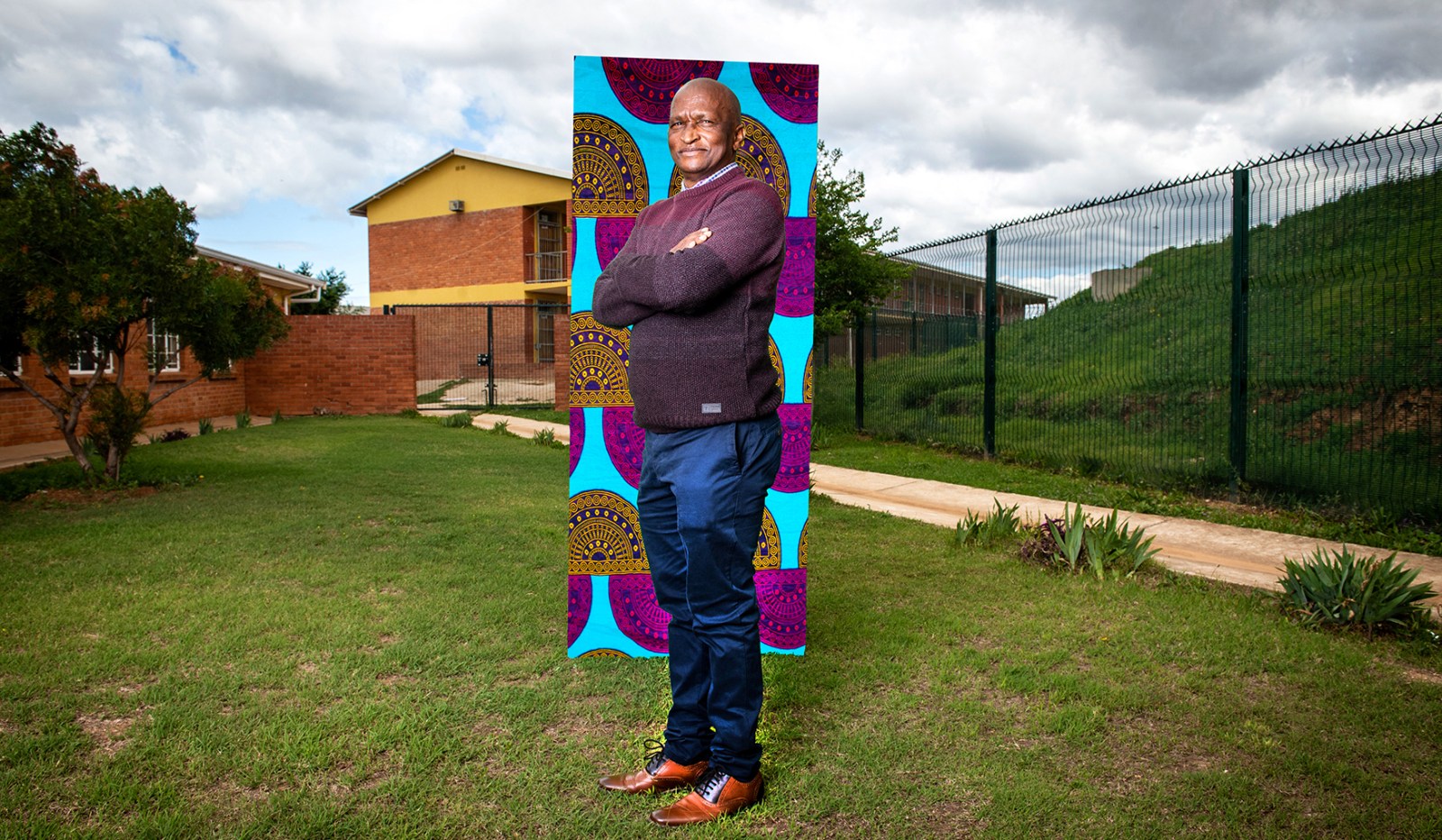 Seated at his desk, school principal Mncedi Mtengwana is surrounded by shelves brimming with trophies. At Solomon Mahlangu High School in Uitenhage in the Eastern Cape, incentives are key.

“We have a culture of celebrating achievement,” says Mtengwana (54). “These trophies are for sports, academic performance and also debates. They are owned by our learners and our teachers, and by our school as a whole, for performing well.”

At school assemblies on Tuesdays and Thursdays, the names of those who have excelled are announced. A very proud moment was in 2013, when Solomon Mahlangu won the Sevens school rugby tournament at national level.

“We’ve always had a very strong rugby team,” says Mtengwana. “We normally play a traditional match almost every year against a very strong team here called Brandwag [Hoërskool Brandwag]. We have a girls’ rugby team, too.”

Meanwhile, in a community characterised by poverty and unemployment, Mtengwana packed his 2010 Toyota Corolla with mealiemeal, fish oil, sugar, rice and samp last year during hard lockdown to deliver to learners’ homes.

“Fortunately, my car has a big boot,” he says. “So we arranged the food parcels from a church, filling my car with food – it was very full. Some of the learners in the school are really coming from tough backgrounds, some of them don’t have parents.

“I went to all these children’s homes to deliver the food using my car. These were very hard times and the food came in handy, because these kids were really starving. At the time we were focusing on Grade 12 learners especially, as they were studying for their final exams at home. I was very blessed to be a part of all of this.”

This year, they have 218 Grade 12 learners, with an estimated 250 next year. The school has 39 teaching staff, including Mtengwana.

Mtengwana first started at the school in 1995 as a Grade 12 science teacher. In that first year, his class pass rate was 75%.

“So from then on, I never stopped producing good results in physics and maths,” he says. “As a result, I was asked by the Department of Education to represent them during the change of the curriculum back in 2009. They took me to Pretoria for training. Then I came back, and trained all the teachers at all the schools in our district. I moved from school to school, meeting the science teachers, educating them and holding workshops.”

Mtengwana became the school’s principal in 2013. Four years later, he launched an initiative that remains close to his heart.

“Most learners know that we don’t do anything to damage the brand of the school,” he says. “But in that year, we discovered that one young learner had come to school under the influence of drugs. That learner had been reported by other learners. And later we found there were about 20 of them – it was shocking to us.

“So we started this programme called ‘support group’. On Saturdays, a social worker and I go to the school and teach the learners awareness about drugs and the dangers of smoking dagga. We show them pictures of children who smoke drugs, getting former drug addicts to come in and speak with them. It got the learners so afraid… It is very effective. We involved the parents. I mean, some of these parents had given up on their children.”

Before Covid-19, support groups took place every Saturday from 9am until 11am, but it has been somewhat scaled down with lockdown. “It’s a big sacrifice,” says Mtengwana. “I mean, every Saturday for two hours. But it’s also a huge achievement.”

Maths teacher Sibongile Stuurman describes Mtengwana as “Superman”. Mtengwana laughs in response, saying Stuurman had been one of his pupils.

Originally from a farming community near Grahamstown, Mtengwana matriculated at Nzululwazi Secondary School in Alice, one of the few schools that offered science and mathematics in the area at the time.

Mtengwana is one of South Africa’s six Integrity Icons for 2021. Driven by global non-profit organisation Accountability Lab, the campaign aims to “name and fame” civil servants who embody integrity and go beyond the call of duty in their communities. DM/MC