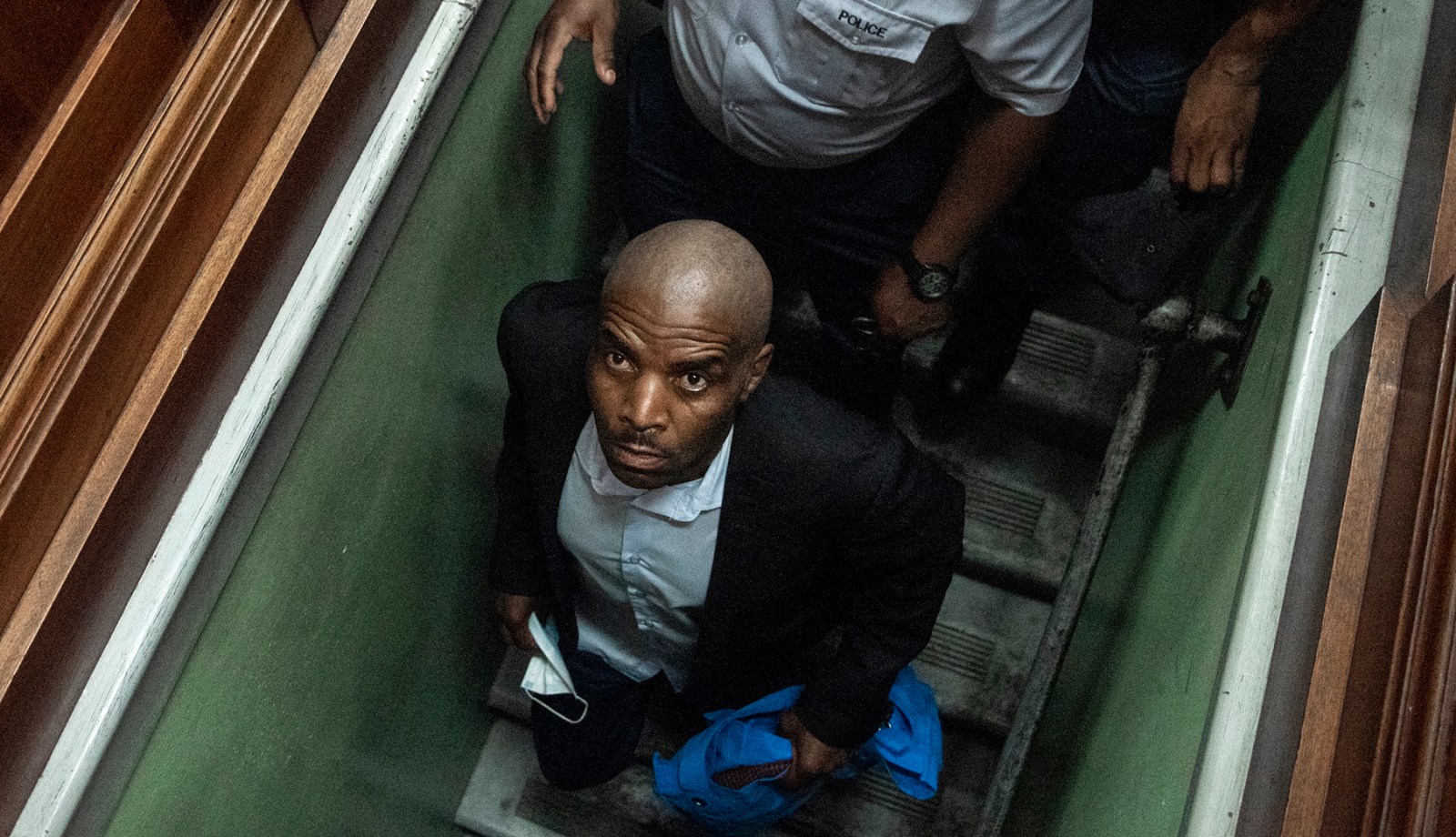 The referral for mental observation of the suspected Parliament arsonist Zandile Mafe has been set aside and an order granted that he be immediately released to a correctional facility.

The order was granted by Judge President John Hlophe after hearing arguments in the Western Cape High Court from the defence and the State on Tuesday, 18 January 2022.

The order read: “It is ordered in accordance with the amended notice of motion setting aside the referral of the accused to Valkenberg Hospital in terms of section 77 of the Criminal Procedure Act of 1977 and that the matter is set down for hearing of bail application on Saturday, 22 January 2022.

“As I have already said, arrangements have been made with the acting president of the Regional Court… further detention of the accused at Valkenberg is unlawful and must come to an end with immediate effect.

“He should be released first thing on Wednesday, 19 January 2022 and be placed at a normal correctional facility and taken out of Valkenberg.”

Mafe is accused of setting alight the Parliament building in the early hours of Sunday, 2 January 2022. At the time of the incident, no one was monitoring its CCTV cameras and no Parliamentary Protective Service members were on duty.

Hlophe also found that Magistrate Zamkelie Mbalo did not present any cogent reasons for why the accused should be referred to Valkenberg Hospital for observation and did not consider the bail application.

The referral was issued by Mbalo on Tuesday, 4 January 2022. Initially, the matter was set down for the bail application of suspected arsonist Mafe (49) to be heard.

Advocate Dali Mpofu argued that there had not been 72 hours between the time of his client’s arrest on 2 January and the observation by Doctor Zelda van Tonder.

The observation report was available on 3 January and not shared with the defence during Mafe’s first appearance on Tuesday, 4 January. It was presented to the defence only on Tuesday, 11 January, one hour before Mafe’s appearance in the Cape Town Magistrates’ Court.

Hlophe referred to the Mental Care Act which has a provision that relates to 72-hour observation, treatment and rehabilitation.

“… no control officer can say, ‘I had a good look at you and refer you to Valkenberg’. It must be objective information,” Hlophe said.

The high court also found that the accused, in his founding affidavit, chronologically set out the circumstances prior to his arrest, and his personal circumstances. But nowhere did Mafe touch on the assessment and seemed silent on this aspect. Hlophe underlined that it appeared that the presiding officer based the decision between considering bail and referral to Valkenberg purely on the document presented by the State on 11 January.

“There was also no evidence that the accused was given the opportunity to… challenge that report in any way. It was impossible for the accused to meaningfully refute the assessment of Dr Van Tonder,” Hlophe found.

State prosecutor Mervyn Menigo, confirming the State erred in its arguments for the referral, said that the doctor’s one-page report had perhaps not been sufficient and that perhaps more should have been done.

Hlophe said: “The wise thing for a judicial officer was to postpone the matter and give the accused the opportunity to move to bail rather than going for the sledgehammer whereby the accused is diverted from the mainstream of bail application.

“The State never attempted to hear the bail application despite the insistence by the defence, and that in my view is a gross irregularity. To further continue with the accused observation is to push the accused out of the bail queue unlawfully,” Hlophe said.

Hlophe said he would accept the accused’s word that he was not mentally unstable and that this information had been conveyed to the court by his legal team.

Mafe faces five charges including housebreaking and theft with the intent to steal, two counts of arson, the possession of an explosive device and contravention of section 5 of Act 33 of 2004, the Protection of Constitutional Democracy Against Terrorist and Related Activities Act.

Defence advocate Mpofu reminded the court: “We cannot say that my client set alight the Parliament building because the cause of the fire has not yet been determined.”

The State has indicated it will oppose Mafe’s bail application and will contend that the offences the accused faces fall within schedule 6 of the Criminal Procedure Act 51 of 1977. This puts the onus on the accused to present evidence to the court that exceptional circumstances exist which permit his release on bail.

Mafe’s bail application will be heard on Saturday, 23 January. DM/MC