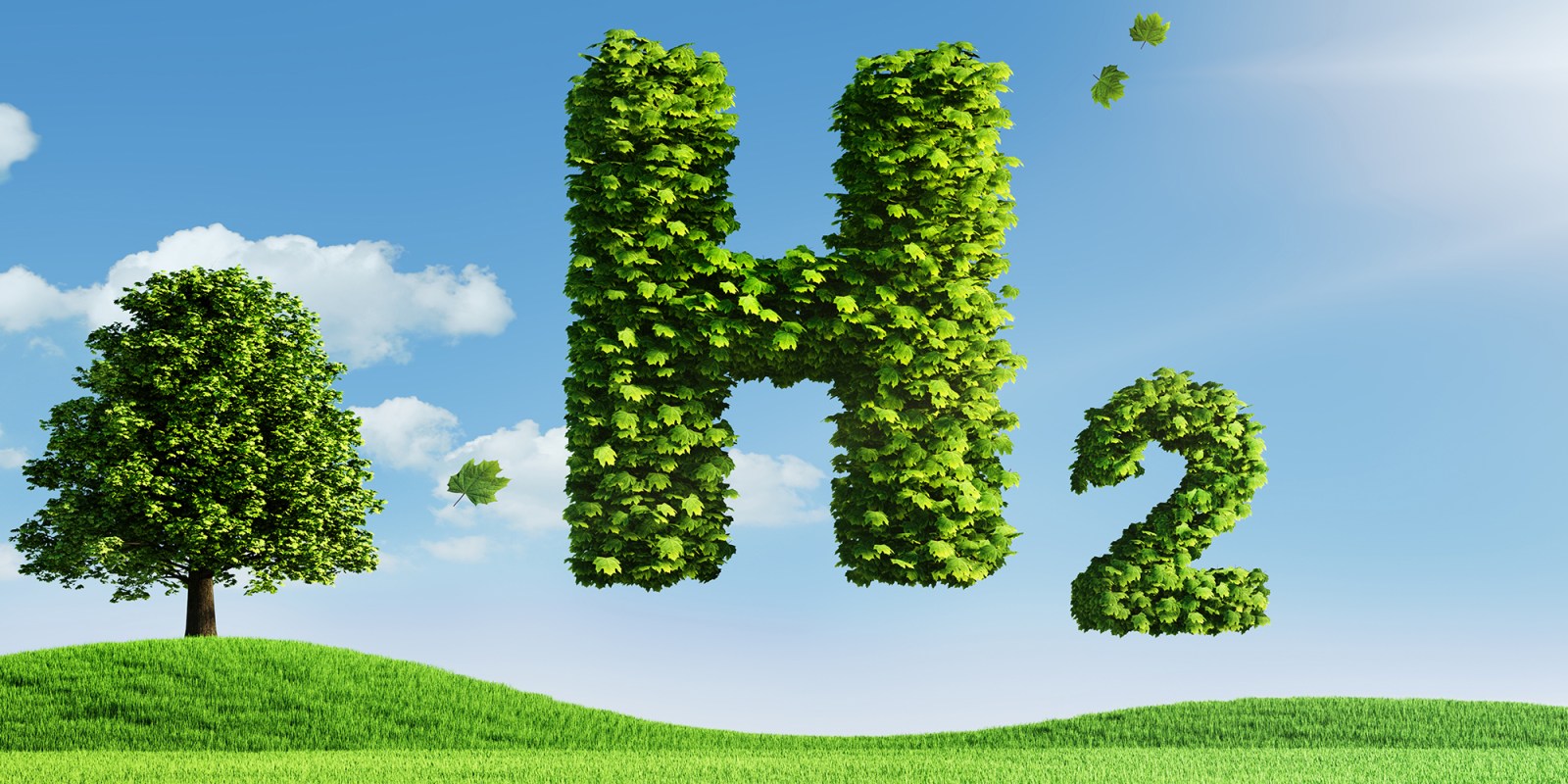 South Africa’s ailing economy could get a new lease of life if it creates the policy and investment framework to build the infrastructure for large-scale production of green hydrogen, a fuel seen as crucial in driving the world’s energy transition to achieve net-zero greenhouse gas emissions by 2050.

The country has abundant natural resources and available land for the process and is thus ideally positioned to produce enough green hydrogen to both decarbonise many of its own energy-intensive industries and tap into rapidly building global demand for the fuel, according to research commissioned by the European Union Delegation to South Africa.

Work has already begun in South Africa to plan for green hydrogen hubs and projects have been launched by local and international companies, but so far they have just scratched the surface of what is possible, a panel of experts told a webinar hosted by EE Business Intelligence and the delegation.

“The only way we can successfully get where we need to be is for people to have an optimistic outlook on their future. For that to happen we need to mobilise funds, but we also need to mobilise ideas,” EU ambassador to South Africa Dr Riina Kionka said in her keynote address.

The EU was fully on board with South Africa’s legitimate concerns about the decarbonisation of its economy, which was why it was committed to the $8.5-billion just energy transition pledge made jointly by South Africa and the EU, France, Germany, the UK and the US, as announced at COP26.

“In all the doom and gloom surrounding the climate crisis and the dire economic situation in South Africa, there are reasons to celebrate, and congratulate South Africa on its decision to take a lead in a green recovery from the devastation brought by the pandemic and in charting a path to a more sustainable and inclusive, greener economy,” she said.

Europe is at the centre of hydrogen development globally, accounting for more than half of total investment of $500-billion into projects planned along the value chain through to 2030, according to a July report from the Hydrogen Council, a global CEO-led initiative working to develop the hydrogen economy.

Seventy percent of the investment would be for renewable energy necessary for “green” hydrogen. The money is expected to boost low-carbon hydrogen capacity to more than 10 million tons per annum by 2030, an increase of more than 60% on project levels reported in February, the report said.

The surge in green hydrogen investment has been sparked by stricter carbon goals globally, with 90 countries, representing 80% of the world’s gross domestic product, now committed to net-zero targets – most by 2050, and China and India by 2060.

Globally, the green hydrogen market is projected to grow nearly tenfold from $444-million in 2021 to $4.373-billion by 2026, according to a report released in September by Research and Markets, an online platform providing market and research data.

Because of their limited capacity for generating renewable energy, many countries will need to import hydrogen-based fuels in the future. A report from the World Energy Council predicted in October that EU member states will only produce half of what they need by 2050, with the rest imported from partner countries.

A report commissioned by the EU Delegation to South Africa from the Council for Scientific and Industrial Research (CSIR) in 2020 showed that South Africa could generate power fuels based on renewable hydrogen and export them to Northwest Europe and the Far East, at costs competitive with other renewable-rich countries.

The ports of Saldanha Bay and Ngqura were well placed for these exports, that study found.

A follow-up study released at the webinar showed that green hydrogen could also be produced competitively at both ports, which were also ideally located to supply domestic off-takers in “hard-to-abate” sectors.

The term refers to heavy industry for which the energy transition is difficult – such as the manufacturing of cement, steel, chemicals and plastics, as well as heavy-duty transport such as road trucking, container shipping and aviation.

The potential off-takers identified by the study included ArcelorMittal South Africa’s mothballed Saldanha steel works, which would require 104,000 tonnes of hydrogen per year to produce 1.5 million tonnes of hot briquetted iron per year.

Ammonia derived from green hydrogen could also be used as marine bunker fuel at the ports of Saldanha Bay, Cape Town, Gqeberha and Ngqura, which the study predicted would have a combined annual demand of about 740,000 tonnes.

The CSIR study did not analyse the prospects for a greenfield special economic zone being proposed to explore the potential of Boegoebaai in the Northern Cape as an export hub for green hydrogen and ammonia.

Integrated chemicals and energy company Sasol has signed a memorandum of agreement with the Northern Cape Economic Development, Trade and Investment Promotion Agency to lead the feasibility study for Boegoebaai, which is expected to take two years to complete.

Boston Consulting Group’s Kesh Mudlay said during the webinar that South Africa had the solar, wind and land resources to produce more than six million tons of green hydrogen yearly by 2050, split almost evenly between exports and domestic use.

But this would require a 130-gigawatt (GW) fleet of renewables – more than three times the installed capacity of power utility Eskom – along with a 60GW electrolyser fleet which would consume 57 gigalitres of mostly desalinated water yearly.

“A nationally coordinated approach and enabling regulatory environment is critical to enable speed, capacity and capability to deliver,” he said. “Competitive localisation of the value chain and access to innovative green finance solutions are key enablers for success.”

There have been several reports released in 2021 on the expected boost to South Africa’s economy if the country establishes itself as a global leader in the production of green hydrogen and derivative carbon-neutral fuels and chemicals.

Anglo American, Bambili Energy and French multinational ENGIE collaborated with the Department of Science and Innovation and the South African National Energy Development Institute on one such study, which was released in October.

It concluded that creating a hydrogen economy could add between $3.9-billion and $8.8-billion to South Africa’s gross domestic product by 2050 and create between 14,000 and 30,000 jobs each year.

Jobs growth would be across the whole hydrogen value chain, including water resource management, electrolyser development and transport – including the pipeline and trucking industries, storage and fuel cell manufacturing, the study showed.

ENGIE Africa Power and Gas senior hydrogen solutions developer Koen Langie said in February that South Africa’s domestic market for green hydrogen could be worth $10-billion a year, underpinned by demand from the mining and minerals, steel, transport and petrochemicals sectors.

But he indicated that the export potential could be more than $100-billion, due to the role that countries like South Africa could play in delivering low-priced green hydrogen to markets in Europe and Asia.

On 15 December 2021, Hive Hydrogen, Built Africa and Linde plc, through its wholly owned South African subsidiary Afrox, announced plans for a 780,000-tonnes-per-year, $4.6-billion green ammonia export plant at the Coega Special Economic Zone alongside the Port of Ngqura in Nelson Mandela Bay, with full operation set to start by the end of 2026.

“I think we all agree that there are incredible opportunities, and the potential is great, for green hydrogen here in South Africa”, said Roberto Cecutti, head of the Trade and Economic Section of the EU Delegation to South Africa.

“The conditions are there in terms of technology, and there is opportunity in terms of creating value chains. But of course, these opportunities can be unlocked only if you have the right conditions and enabling environment.”

This would have to include an industrial policy with the right incentives, regulations and standards, a stable investment framework and coordination between the public and private sectors, he concluded. The CSIR report here demonstrates how green hydrogen can breathe new life into Saldanha Bay and Ngqura. DM/OBP