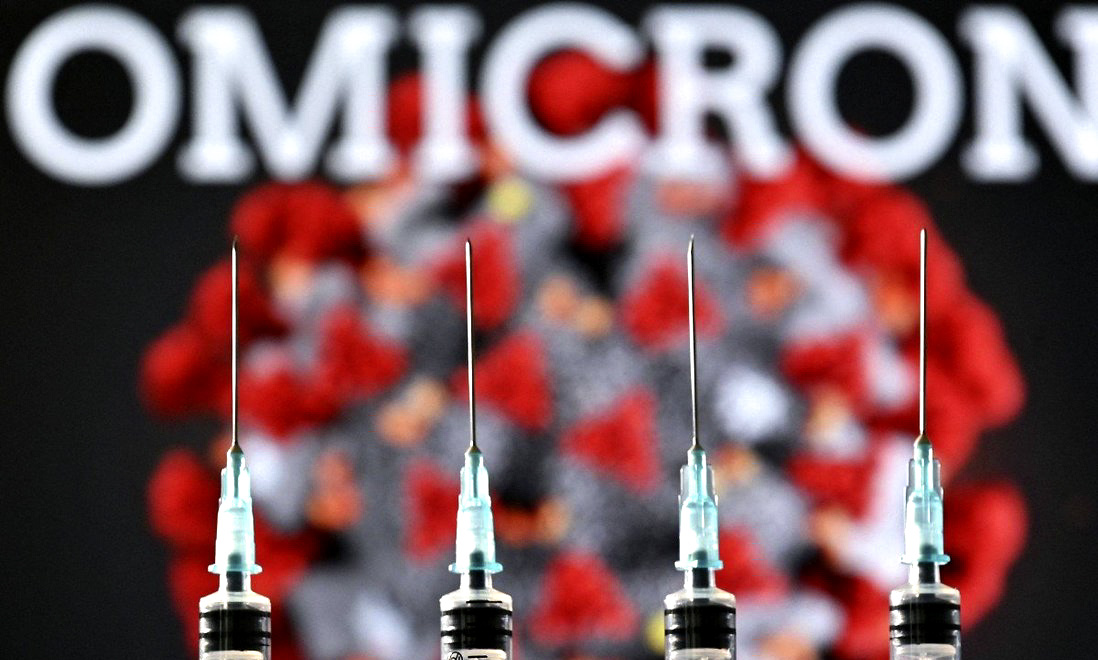 As they take stock of the Omicron variant, scientists say it is not enough to rely on vaccines and booster shots. They need to be combined with common sense and non-pharmaceutical interventions.

The fourth wave of Covid-19 has moved through South Africa at a rate that exceeds its predecessors. An Omicron-driven explosion of cases in early December had scientists in this country and around the world mobilising to answer key questions about the new variant. Just a month later, the state announced that the country seemed to be past the peak of the latest surge.

South Africa is now at the tail-end of the fourth wave, according to Professor Salim Abdool Karim, the director of the Centre for the Aids Programme of Research in South Africa.

While the number of infections is coming down, Dr Angelique Coetzee, chairperson of the South African Medical Association, recommended that South Africans give it another two weeks before they “start to celebrate”. “Let’s see what the schools do with the opening,” she said.

The vast majority of cases in recent weeks have been driven by the Omicron variant, with genomic sequencing results released by the Network for Genomic Surveillance in South Africa showing that 83.5% and 98.7% of sequenced Covid-19 samples were Omicron in November and December 2021, respectively.

A defining characteristic of the fourth wave has been the “uncoupling or delinkage” between cases, deaths and hospital admissions in South Africa, according to Professor Glenda Gray, president and CEO of the South African Medical Research Council.

“In the previous waves, cases, hospitalisations and deaths kind of went up together, but in Omicron there were far more cases, and far less deaths and hospitalisations,” said Gray.

This trend was captured in a Lancet preprint paper, released on 29 December 2021, examining patients admitted to hospitals in Gauteng during the fourth wave. The researchers analysed the first four weeks of wave two, three and four in Gauteng, dominated by the Beta, Delta and Omicron variants, respectively. 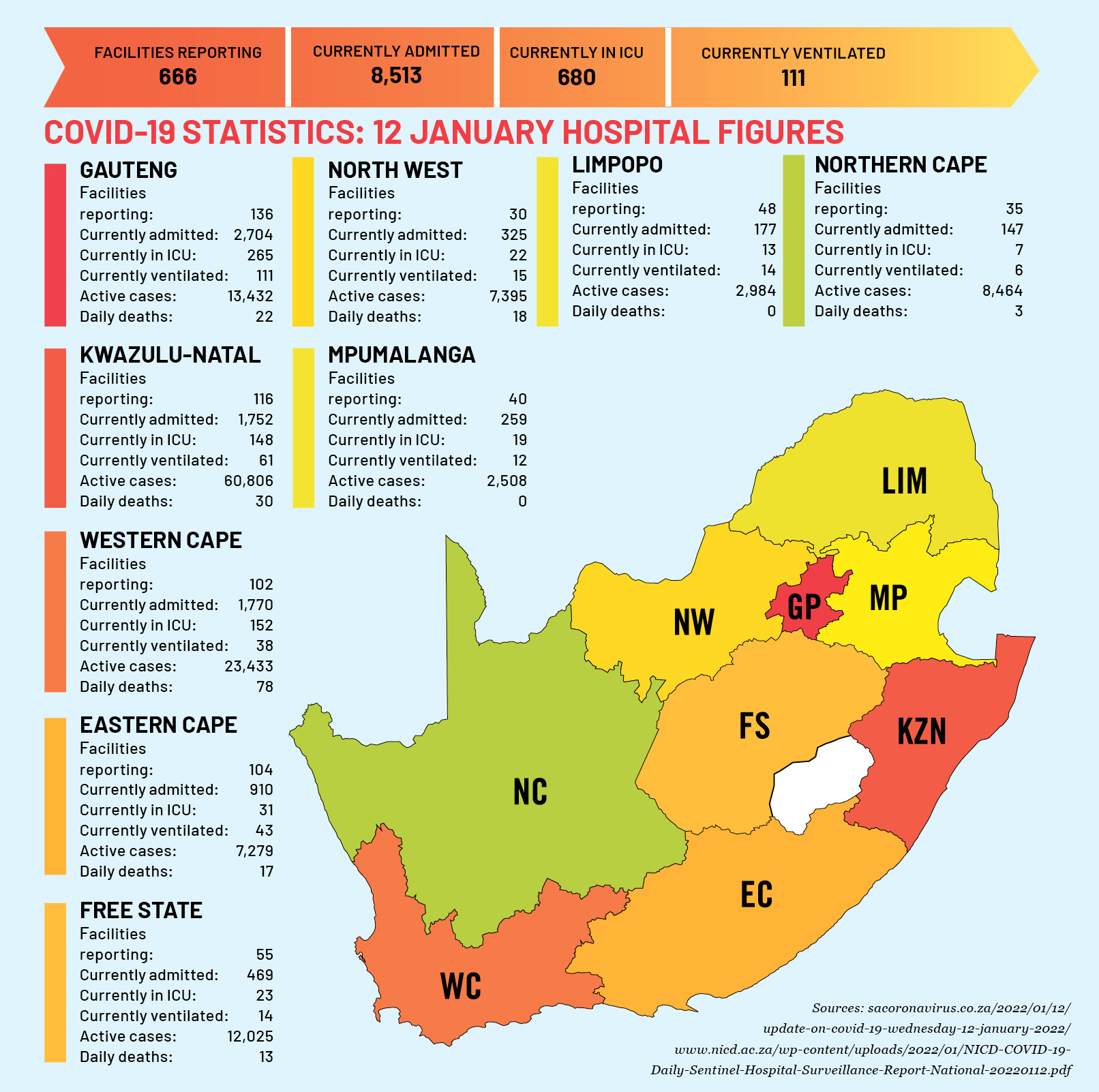 The study, which had yet to be peer reviewed, indicates that while the number of positive cases identified in the first four weeks of the fourth wave was far higher than the previous waves, the proportion of these cases that were admitted to hospital was lower, with 19% admitted in the Beta wave, 15% in the Delta wave and 5% in the Omicron wave.

“This [wave] is much easier or less-severe cases that we are seeing. The majority of people [have got] mild disease, and that majority is up until about 90%, 95% of people in the primary healthcare space,” said Coetzee.

A possible explanation for the lower incidence of severe disease and death during the Omicron wave in South Africa is the higher level of population immunity in the country, relative to earlier waves, according to Professor Shabir Madhi, dean of the Faculty of Health Sciences and professor of vaccinology at the University of the Witwatersrand.

“What has transpired during the course of the pandemic is that there’s just been a tremendously high force of infection that’s occurred in South Africa,” said Madhi. “Consequently, despite a really stuttering Covid vaccine roll-out, we still got high levels of immunity… and that immunity is specifically better equipped in preventing or protecting against severe disease and death, rather than preventing infections and mild disease.”

Another possible explanation is that the characteristics of Omicron itself made it relatively less able to infect people’s lower airways than previous variants, he said.

However, Wits infectious diseases professor Francois Venter said it is too early to tell whether Omicron is less virulent than its predecessors.

“The other thing people need to remember is that because of its infectiousness, it’s infected far, far more people than previous waves, so that even if it does turn out to be milder, the fact that it’s affected so many people means it might actually end up killing more people simply by virtue of the fact that so many people got infected,” said Venter.

For those patients who are over the age of 50, overweight or have comorbidities, it remains important to visit a doctor upon contracting Covid-19, even if their symptoms are mild, said Coetzee.

Throughout the world, the people who tend to end up in hospital as a result of Covid-19 are unvaccinated, said Venter.

Coetzee has observed that while vaccination may not prevent you from contracting Omicron, the intensity of the symptoms differs between vaccinated and unvaccinated individuals.

“Unvaccinated people will feel their myalgia and their fatigue, their sore throat, their headache, they will experience it much more intensely than vaccinated people,” she said.

Discovery Health released preliminary analysis of data from the first three weeks of the Omicron-driven wave in South Africa on 14 December 2021, showing that the two-dose Pfizer-BioNTech vaccination provides 70% protection against severe complications of Covid-19 that result in hospital admission, and 33% protection against Covid-19 infection.

Meanwhile, the preliminary results from the South African Phase 3b Sisonke study – released by Johnson & Johnson on 30 December 2021 – show that the J&J booster shot has 85% effectiveness against Covid-19-related hospital admission.

The restrictions in place to manage the pandemic need to be re-evaluated, said Venter. By having an “eternal code red”, people are likely to stop taking protocols seriously, he said.

However, Coetzee said, it is not enough to rely on vaccines and booster shots, as people are likely to become less cooperative with booster shot programmes over time. These approaches need to be combined with common sense and non-pharmaceutical interventions.

South Africa has had a relatively consistent three-month gap between waves, according to Abdool Karim. In the reasonable likelihood of a fifth wave, the country will probably experience it at the end of April or beginning of May, he said.

“What we need to implement in preparation for the next wave – which is in all likelihood going to be driven by yet a new variant – is to use our combination prevention. Vaccines plus public health measures.” DM168