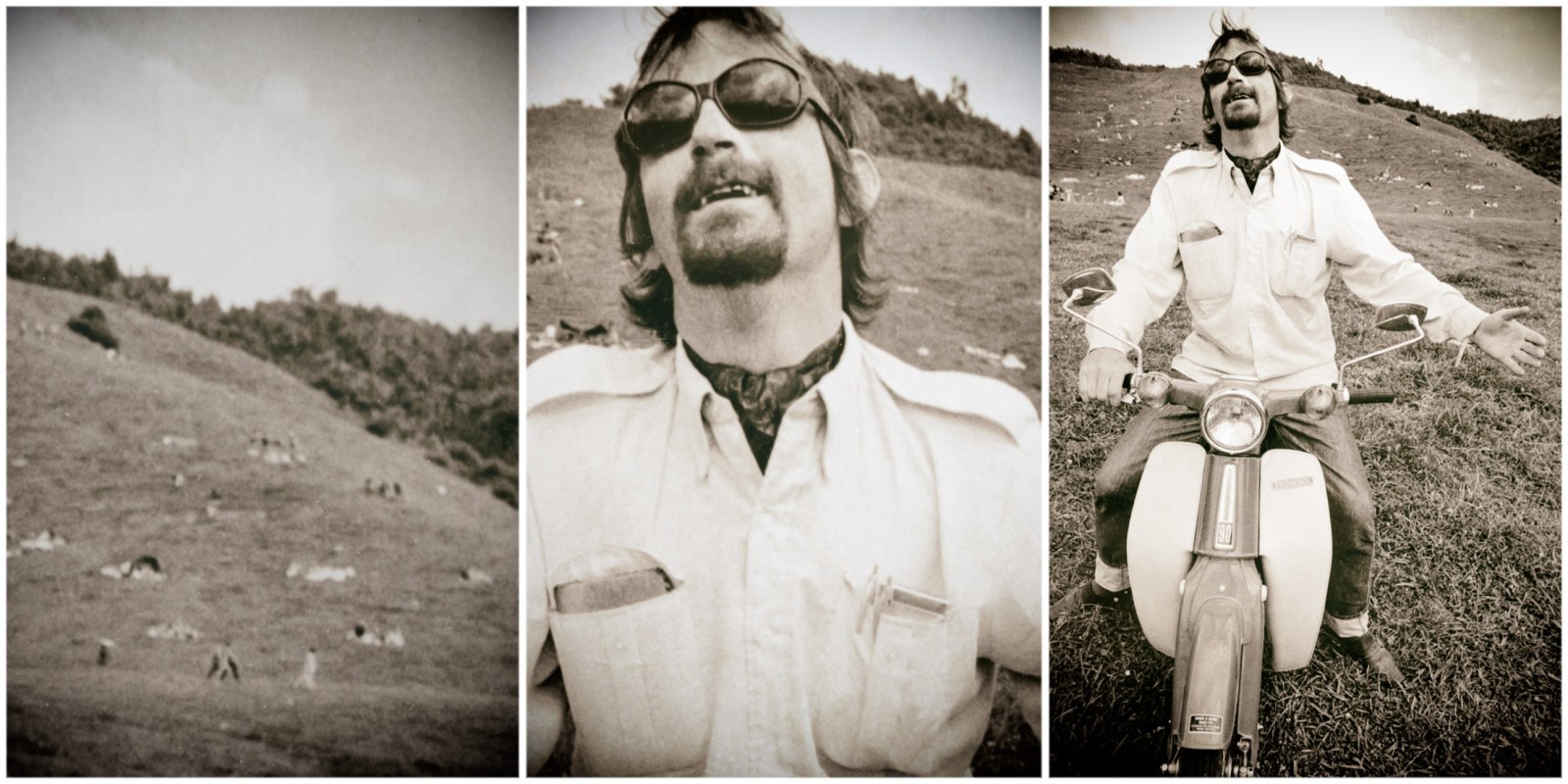 In 1971, I planned to write a brief newspaper feature about a sincere man tilting at legal windmills by trying to win a retrial for a relative — Arthur Allan Thomas — he believed was wrongly convicted of double murder. It turned into an eight-year odyssey that included me walking out of my job, being threatened with criminal libel and speaking at mass retrial meetings before a farcical retrial hearing followed by Thomas being pardoned and awarded $1-million in compensation.

When he appeared on a 1971 New Zealand television news clip, Pat Vesey was portly and sported mutton-chop whiskers: my image of Sancho Panza from Don Quixote. He headed a then recently formed committee, demanding a retrial for a farmer relative, Arthur Allan Thomas, convicted of the murder of another farmer couple.

I arranged to interview Pat and Joyce Vesey early on a Friday afternoon, thinking I’d get back to the office to knock out a short item and be home for dinner. Ten hours later, after having phoned Barbara to say I would not make it home, I was still making notes from the copious verbatim files Joyce had collected and catalogued.

There had, indeed, been an appeal for a retrial. But it never went to court. Inexplicably, it was handed to an 82-year-old retired judge, Sir George McGregor. His report, rejecting a retrial, was riddled with inaccuracies. He was clearly not up to the job, even if he had been qualified to do it.

I thought I had a great story, one that other local journalists had clearly missed. Pat and Joyce insisted I was wasting my time. “Nobody goes against the police,” Joyce said. I assured them they were wrong. Had any other journalist examined their files? No-one had. “We’ve argued, asked, invited. Nobody is interested,” said Pat. I couldn’t believe it. Clearly, they had not presented their case well enough.

I raced back to the office and worked through the night, writing, designing and laying out a front-page story with a turn to page 2 for all the detail. When editor, Neil Anderson, arrived, he was just as enthusiastic as he went off to the weekly conference with the Auckland Star’s senior editor.

He came back crestfallen. My report had been “blue-pencilled”. All we could publish was the fact that the retrial committee intended to continue campaigning. None of their reasons could be included.

I grabbed the wodge of copy and stormed in to see the editor, Keith Aitkin. He was unmoved: “In this country, Mr Bell, it is not the policy of newspapers to attempt to try the courts,” he noted.

I left, marched back to the office, packed up my desk and told Neil Anderson that I was leaving. But while the action was spontaneous, it was not perhaps as noble as it might sound: before I left the office for the last time, I telephoned the editor of the then newly launched Sunday Independent and arranged a job “in six weeks’ time” as an investigative columnist.

In those six weeks, I researched and produced a 92-page booklet, Bitter Hill — The Case for a Retrial. Anti-racist campaigner Tom Newnham, working at the time in publishing, aided with editing and arranged a good printing price. Pat Vesey rallied 300 supporters, each of whom contributed $10 to the $3,000 price for 10,000 copies.

Then the police struck. The day before the print run, a panicky printer phoned: a lawyer, acting for the police, had informed them that should the book be published, I and they would be charged with criminal libel.

It was nonsense, but the printer was not prepared to budge, although it meant losing money. However, there was a solution: I knew if I could find another company prepared to take responsibility as printer and publisher, the job could then be nominally “outsourced” to the original printer. So it was that Resistance Bookshop, a radical outfit trading as Avant Garde and that included printing and publishing in its articles of association, became the publishers. The young collective owners of Resistance received the $300 (10%) discount I arranged with the actual printer.

So the campaign got strongly underway, and a retrial was eventually ordered. However, the police controversially succeeded in having the jury sequestered (kept under their control in a hotel for the duration of the hearing). I never attended the retrial court, instead, with a commission from the local edition of Rolling Stone magazine, I concentrated on the hotel, the jury members and their police companions.

It was an eye-opener. Food and drink were free to the jurors and the police accompanying them and the amount of liquor consumed was quite exceptional. I obtained statements from hotel staff about late-night parties and various goings-on involving jury members and police, collected room service vouchers and other documentary evidence. It enabled me to comment that there was no danger of a hung jury, merely one that was hungover.

The jury duly found no cause for a retrial, but in such a controversial manner that there was a minor uproar and Pat Booth, ironically a senior editor at the Auckland Star, together with a specialist forensic scientist, Jim Sprott, launched a new, better resourced, investigation. They finally produced evidence of how the police had effectively framed Arthur Thomas and opened the way for a royal pardon. But not before British crime writer, David Yallop, had swooped in to produce another book that became the film, Beyond Reasonable Doubt.

New Zealand Rolling Stone, however, fell victim to the police. Days after the retrial rejection, publisher Alistair Taylor phoned. In tears, he told me that the police “without a warrant or anything” had confiscated the entire edition of the magazine that featured “The Crucification of Arthur Allan Thomas”. There was no question of libel, criminal or otherwise, but he was not prepared to go to court or to “take on the police” in any way. However, several early copies of Rolling Stone had reached the retrial committee which then produced thousands of leaflets featuring my hotel revelations.

Again this showed that such bully boy tactics could be resisted. And at all sorts of levels. At that time, I was working for the Sunday Herald and discovered that the local Secret Intelligence Service (SIS) maintained some 250,000 files on adult New Zealanders. This amounted to more than a quarter of the adult population being surreptitiously watched by unknown “spooks”.

The SIS also apparently enjoyed a quite good relationship with their counterparts in apartheid South Africa and definitely kept more than an eye on the emerging anti-apartheid movement. This secretive Wellington-based agency, headed by Brigadier Bill Gilbert, had its largest — and unlisted — office in Auckland where it took up, behind an unmarked door, almost the entire floor of one of the most expensive office blocks in Auckland.

When I phoned the SIS headquarters in Wellington for a comment, the response came within minutes: a summons to the editor’s office. “What have you done to annoy Brigadier Gilbert?” Bob Anderson asked. I explained. He listened before noting: “No wonder the Brigadier wants us to can the story.”

Fearful that I would have to walk out of another job, I asked: “So what did you say?”

“Told him to piss off. Sounds like a good one. Go for it,” said Bob. We did and, of course, there were no repercussions.

It was a good illustration that while many in New Zealand were far too ready to kowtow to authority, there were many others who did not — and would not, even when, as with the 1981 Springbok tour, it brought them into direct and often brutal confrontation.

It was a lesson of simple heroism that was underlined for me when, in December 1973, I became probably the first foreign correspondent to enter Chile after the Pinochet coup. That particular venture left an impression that lives with me still. It also cost me not only another job but a successful news feature agency business. DM