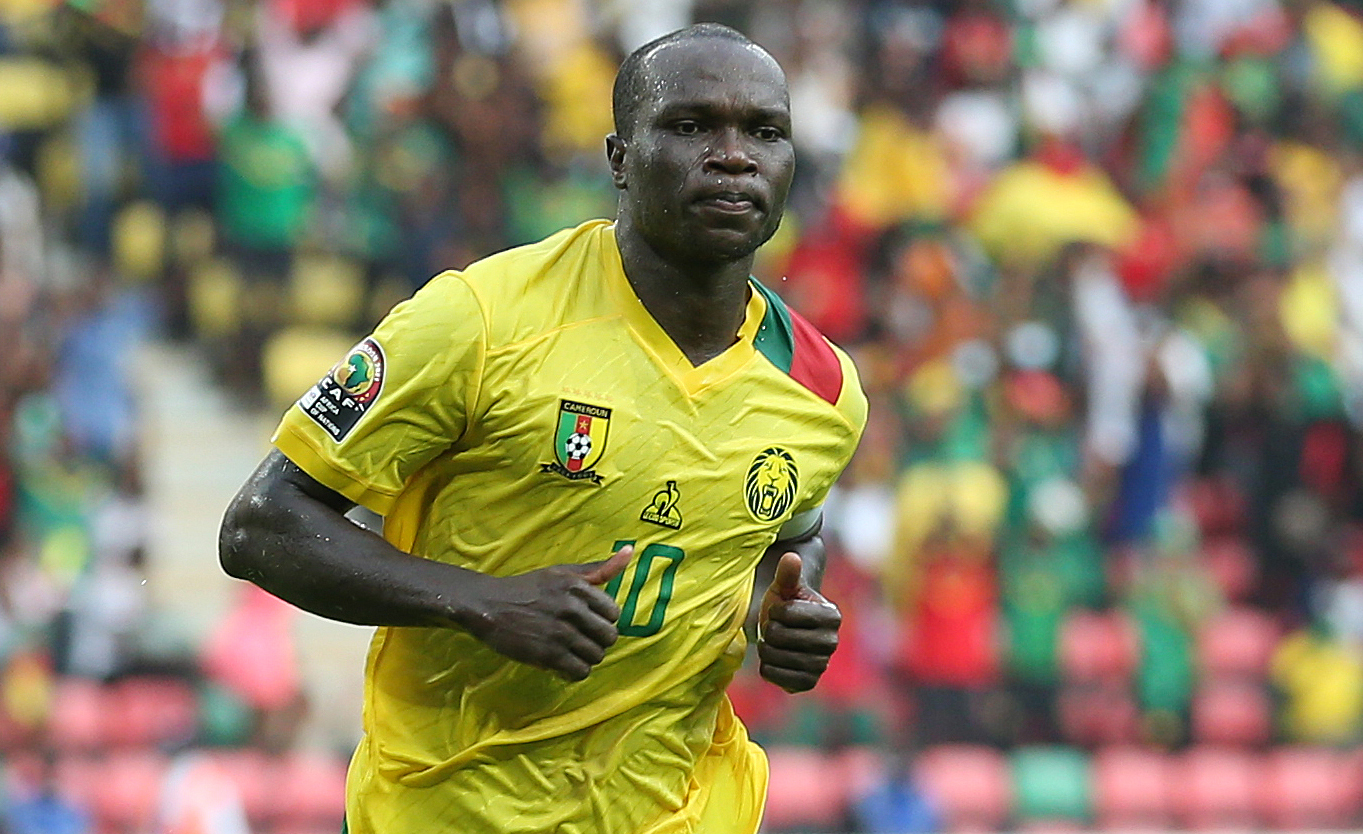 Considering his and Cameroon’s current form, Vincent Aboubakar has a great chance of matching or surpassing a 48-year-old Africa Cup of Nations record.

Cameroon’s captain, Vincent Aboubakar, is on course to make Africa Cup of Nations (Afcon) history after netting his fifth goal of the ongoing tournament in his country’s 1-1 draw against Cape Verde.

The Indomitable Lions were denied the bragging rights and morale boost of finishing the group phase of their campaign with a perfect record. However, the plucky Cape Verdeans could not stem the raging river of goals that is Aboubakar.

Zaire’s (Democratic Republic of Congo) Ndaye Mulamba holds the record for the most goals at a single Afcon showpiece. The midfielder set the record back in 1974.

If Aboubakar and Cameroon play themselves all the way into the final, which is not far-fetched considering their displays in the group phase, their skipper has an outstanding chance to topple the long-standing record.

The 29-year-old Aboubakar’s thunderous strike late in the first half saw the tournament hosts storm into the lead. The strike, which came as the islanders failed to effectively clear their lines, was Aboubakar’s fifth goal in three matches.

The Blue Sharks fought back though and eventually found the equaliser early in the second half.

“We wanted to finish the group stage with a victory, but the Cape Verde team was good and did not allow us that. Now we have to prepare well for the round of 16 here in Olembe with more recovery,” said Cameroon coach António Conceição.

As well as disrupting Cameroon’s run of victories, the Cape Verdeans enhanced their chances of reaching the last 16. The Blue Sharks ended their Group A campaign on four points and in third place, behind Burkina Faso.

The resultant permutations mean they have a sterling chance to qualify for the knockouts as one of the four best third-placed finishers.

“This game meant a lot to me and my team, because we knew it was going to be a difficult game against the host country. We managed a positive result even though we wanted to end this group stage with a victory. Our game plan has succeeded,” Cape Verde assistant coach Humberto Bettencourt said.

Meanwhile, Rwandan-born referee Salima Rhadia Mukansanga will make history when she becomes the first woman to referee a match in the long history of the Afcon tournament.

Mukansanga (35) will take charge of the Group B match between Zimbabwe and Guinea on Tuesday evening.

The referee has already made history in this edition of the tournament by becoming the first woman to officiate a game at the continental contest when she served as the fourth official in the tie between Guinea and Malawi.

In addition, Mukansanga’s assistants will also be female – another first at Afcon.

In total the match will have four women match officials including assistant referees Carine Atemzabong of Cameroon, Fatiha Jermoumi (Morocco) as well as VAR referee Bouchra Karboubi, also of Morocco.

Kick-off for that match, as well as Senegal’s crunch tie with Malawi in the same group, is 6pm South African time. DM