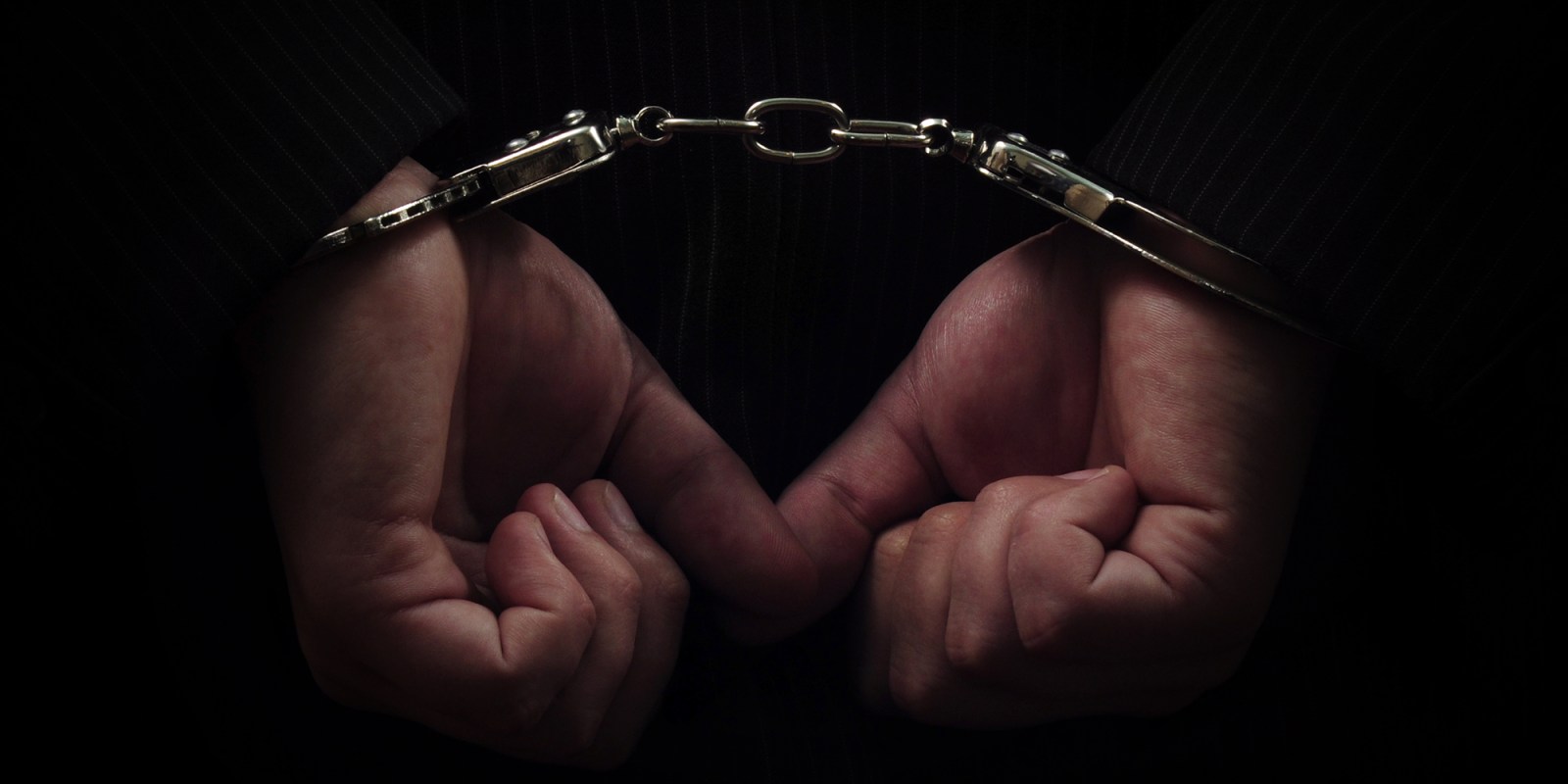 Each morning Daily Maverick will bring you a roll call of successful criminal prosecutions, arrests or ongoing matters in South Africa’s courts. We do this to reflect on the rule of law and to make justice visible.

While the often graphic and disturbing descriptions of crimes may be triggering, that perpetrators of such heinous acts are caught, sentenced and held accountable should bring some succour.

These reports from the justice system also serve to highlight the deep trauma of ordinary South Africans. We dare not look away.

The Coligny Magistrates’ Court postponed a case against Klaas Kgasi to 24 January 2022 for bail judgment. Kgasi appeared for the alleged murder of his 10-month-old son. The State fiercely opposed the bail application due to the serious nature of the crime as well as the public outcry it created.

Police reports reveal that Kgasi and his girlfriend attended a party on Saturday night, 1 January 2022 at Tlhabologang in Coligny, and while at the party Kgasi reportedly took the child from the mother to his aunt’s place at Extension 3. Upon his return, he gave his girlfriend the blanket that the baby had been wrapped in and they went back to their home.

The report further reveals that on Sunday, 2 January 2022, neighbours notified Kgasi’s girlfriend of a baby’s body discovered behind a shack. Police were called to the scene and discovered the baby’s body with severe assault wounds and bruises. Kgasi was arrested and charged with murder and will remain in police custody until his next court appearance.

A couple appeared before the Klerksdorp Magistrates’ Court on a charge of murder and five further charges of contravening the Children’s Act, following the death of their four-month-old baby who allegedly died of complications caused by malnutrition. Their case was postponed to 11 March 2022 for a high court date.

Advocate Riekie Krause registered the State’s intention to transfer the matter to the North West Division of the High Court.

Seun Joubert (44) and Isabelle Francis (35) from Alabama near Klerksdorp are said to have lived together for 15 years and have two boys, aged two and five, as well as two girls, aged eight and 13.

It is alleged that in May 2021 Francis was arrested for assaulting her two-year-old son, but was later released as she was breastfeeding her baby at the time.

Police reported the incident to the North West Department of Social Development for social workers to intervene, and that intervention led to the four children being placed under the care of their maternal grandmother.

In September 2021 Francis was arrested again, for assaulting her 13-year-old daughter at her mother’s house. She allegedly hit her with clenched fists and kicked her before throwing her on the ground and stamping on her.

She went on to assault her mother. Police investigations into this assault led them to the discovery of the four-month-old baby having died on 13 August 2021 in  Klerksdorp Hospital.

The investigations also discovered that in June 2021 Francis had forcefully taken back her two sons from her mother to live with her and Joubert.

A report received from a social worker indicated that on 9 August 2021, when he took some groceries to the house, he found the two-year-old boy in a bad state of health, with sores all over his face.

He went back the following day and, to his shock, the couple had left the four-month-old baby by herself, lying on the bed without a blanket. The report states the baby looked emaciated and that the social worker rushed to collect his wife to assist him with the baby before taking her home with them.

On 10 August 2021, the social worker and his wife took the baby to Klerksdorp Hospital where she was immediately admitted, but died three days later. The attending paediatrician confirmed the child had died of complications of malnutrition.

Francis and Joubert were arrested in September and October 2021 respectively and were both charged with murder and five other counts. The court has denied them bail and they will remain in custody until the completion of the trial.

The Klerksdorp Magistrates’ Court postponed a murder case against Mokete Legodi (47) to 24 January 2022 for a high court date to be finalised. The Acting Director of Public Prosecutions authorised the matter to be transferred to the North West Division of the High Court.

Legodi’s court appearance comes after the lifeless body of a toddler was discovered inside the ceiling of his residential home in Alabama, near Klerksdorp.

He was charged with the kidnapping and murder of his two-year-old daughter. It is alleged that on Thursday, 13 May 2021, Legodi went to his girlfriend’s home at Extension 20 in Jouberton and took their daughter without the consent of the mother, who had been admitted to a hospital at the time.

The family members who were taking care of the child assumed he would bring her back as he usually did. Later, upon inquiry, he denied taking the child.

On 14 May 2021 when the mother was discharged from hospital, she went in search of the baby with the help of family members, but failed to find her. The following day she went to Jouberton Police Station where a case of a missing person was opened.

Further investigations by the SA Police Service led to the arrest of Legodi on Sunday, 16 May 2021. He was charged with kidnapping after failing to tell the police of the child’s whereabouts.

It is alleged that on Monday, 17 May 2021, after they noticed a bad smell coming from Legodi’s house, neighbours investigated and discovered the lifeless body of the child hidden inside the ceiling.

The police were called and a murder charge was added. Legodi will remain in police custody until the completion of the trial following the court’s denial of his bail application.

The North West Division of the High Court, sitting at the Temba Regional Court, has sentenced Johannes Nokeri to five life terms and a combined 191 years for 18 counts of rape, 23 counts of robbery with aggravating circumstances, theft of a motor vehicle and unlawful possession of a firearm and ammunition.

From 2012 to 2017 Nokeri embarked on a series of rapes, robberies and thefts in the areas around Hammanskraal and Temba in North West.

He mostly targeted women who were travelling from taverns in the early hours of the morning and robbed them of money, cellphones and clothing before raping some of them. One of the victims was five months pregnant when she was repeatedly raped by Nokeri.

He was arrested on 16 July 2017 in possession of a stolen vehicle that the owner had reported to the police and a tracking company the day before. Six rounds of ammunition were also found in his possession.

During court proceedings, it emerged that in some of the offences he had been accompanied by an individual unknown to the State. Nokeri was previously afforded three Legal Aid attorneys and one private attorney sourced by Legal Aid, but he fired them and opted to represent himself throughout the trial.

In some of the rape charges, the State relied on DNA results. Two of the victims testified in court about Nokeri’s aggressive behaviour when he raped and robbed them.

Nokeri had two previous convictions for rape and robbery.

In aggravation of sentence, advocate Mashudu Muliwa urged the court not to deviate from the prescribed minimum sentence and to further consider the Victim Impact statements, which depict the suffering and the eroded dignity of the victims at the hands of Nokeri.

Judge Shane Kgoele described Nokeri as an individual who had no respect for women and further alluded to the responsibility that the court had to protect communities against the likes of Nokeri. She referred to the conviction as a way of sending a strong message to perpetrators of such crimes.