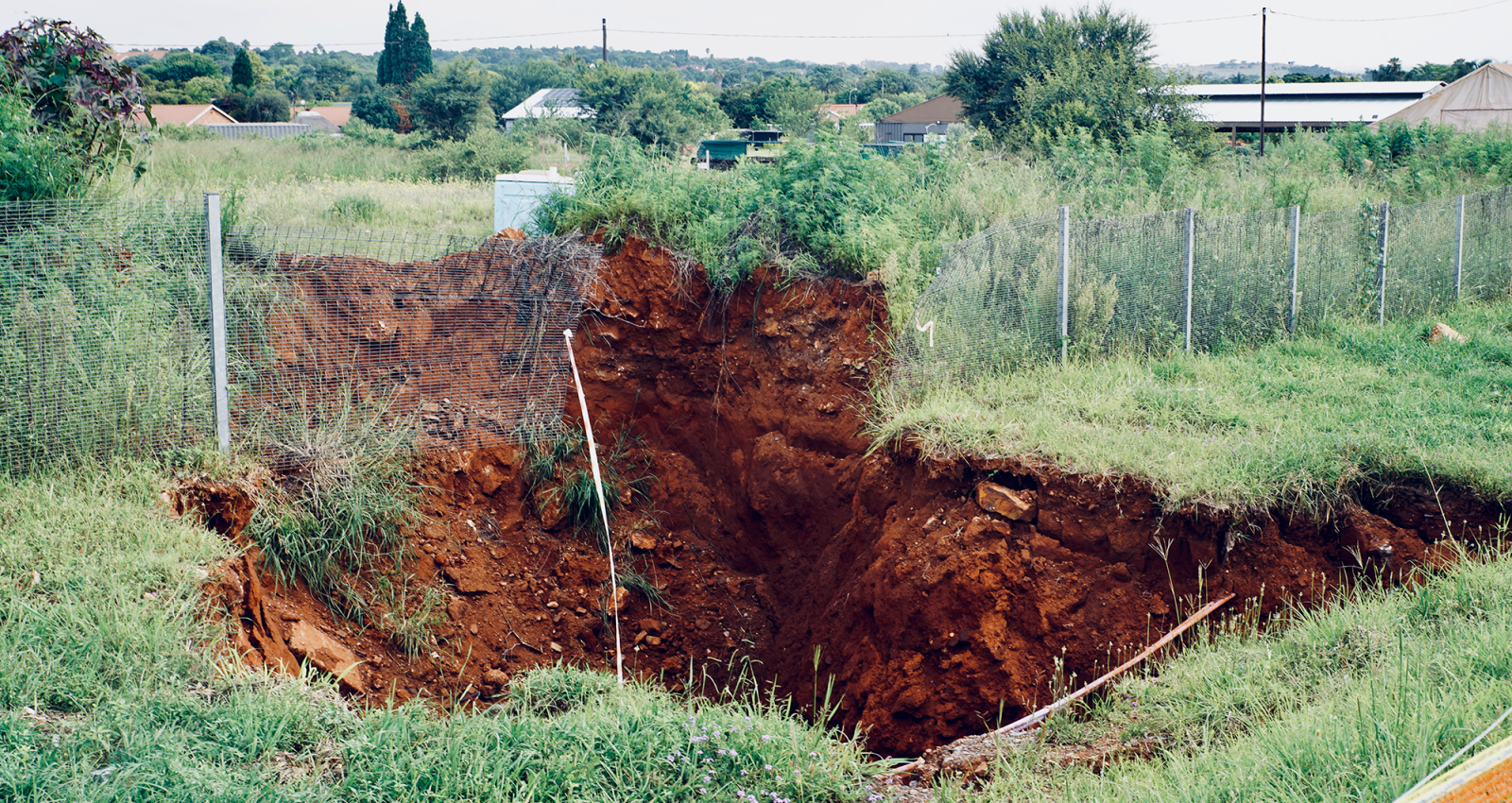 At least 38 people are known to have died in South Africa over the past 50 years due to sinkhole formation. The Council for Geoscience estimates the cost of the damage caused by sinkholes to date as being in excess of R1bn.

After heavy rains in the first week of January, a sinkhole developed on the N1 South in Centurion, said the South African National Roads Agency (Sanral).

The agency said that a team of Sanral engineers, and a Routine Road Maintenance Contractor, were assessing the situation to develop and implement mitigation plans.

On what causes sinkholes, Willem Meintjes, manager of the Engineering and Geohazards Unit at the Council for Geoscience, said: “Sinkholes are geographically limited to areas where dolomitic rock occurs. About 25% of the Gauteng province, as well as other provinces in South Africa, is underlain by dolomitic rock.

“Sinkholes typically form as a result of leaking water-bearing infrastructure, poor stormwater management and control, or the large-scale abstraction of groundwater. However, not all areas on dolomite are equally prone to sinkholes occurring.”

According to a report from the Council for Geoscience, “Sinkholes are generally circular, up to 125 metres in diameter, steep-sided and deep (up to 50m). They can occur with little warning; however, cracks in walls or settlement of the ground are often the early warning signs of impending sinkhole formation.”

In the past five years alone, the Council for Geoscience has recorded “roughly 200” sinkholes across Gauteng, said Meintjes.

Last year, a section of Klipspruit Valley Road in Soweto was closed because of a sinkhole. In that case, the Johannesburg Roads Agency said that stormwater infrastructure had collapsed, causing the road to cave in.

Meintjes said that, “The majority of sinkholes that the Council for Geoscience has recorded since the 1950s occurred in the Far West Rand (Carletonville-Khutsong-Venterspost regions), the western parts of the Tshwane region and the eastern parts of the Ekurhuleni region. However, there had also been reported sinkholes in the southern parts of the City of Joburg, Midvaal Municipal area, and the North West and Northern Cape provinces.

“It is significant to note that these provinces are not as highly urbanised or as extensively built up (especially on dolomitic land) as Gauteng province. At least five sinkhole events are known between Postmasburg and Kuruman in the Northern Cape and at least seven sinkholes and subsidences have been recorded in Mpumalanga.”

The recent sinkhole in Centurion did not lead to any injuries. However, at least 38 people are known to have died over the past 50 years in South Africa due to sinkhole formation. The Council for Geoscience estimates the cost of the damage caused by sinkholes to date as being in excess of R1-billion.

“We rank them in terms of priority to repair, taking into consideration factors such as safety of persons and exposure to risk, size, extent of damaged infrastructure, services, properties and assets, stability of the sinkhole (potential for further expansion), scope of repair and availability of funds,” said Stuurman.

It usually takes about nine months to fill in a sinkhole, “due to the very large extent, bulk earthworks and specialised repair methods”, said Stuurman.

Meintjes says that research has proven that the occurrence of sinkholes can be significantly reduced by implementing dolomite risk management and mitigation measures — although sinkhole occurrences will never be completely eliminated.

“The implementation of risk management measures is a requirement by all owners of assets on dolomitic land. These measures include things such as maintenance, monitoring and upgrading programmes of water-bearing infrastructure, appropriate investigations and engineering design of newly planned developments on dolomite, land-use restrictions on high risk dolomitic land, and public awareness,” said Meintjies.

In 2018, Thulas Nxesi, the then minister of public works and infrastructure,  said that because a considerable amount of government assets were built on dolomitic land, the department had established a Dolomite Risk Management Unit (DRMU), which was mandated to monitor the dolomitic conditions of these areas.

“The DRMU is, among others, responsible for monitoring the department’s facilities constructed on dolomite land, to classify the dolomitic status for every greenfield and brownfield project and to monitor the designs and construction of projects executed on land underlain by dolomite formations to ensure compliance with standards and specifications,” said Nxesi. DM