Getting to grips with Ethiopia’s ethnic and political... 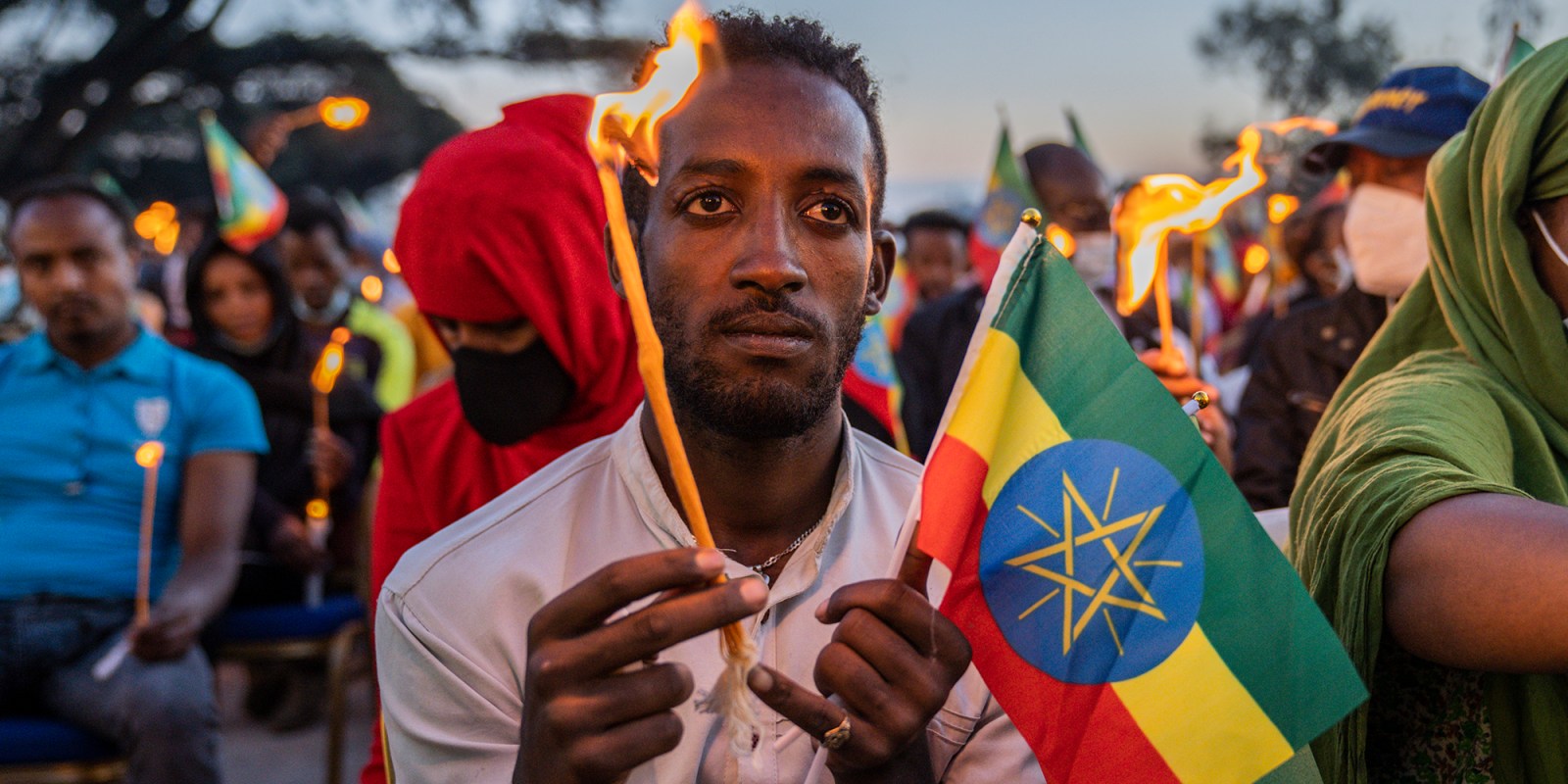 Ethiopians gather for an event marking the one year anniversary of the war in Tigray in the capital Addis Ababa, Ethiopia, 3 November 2021. The Tigray Peoples Liberation Front allegedly attacked an Ethiopian National Defense Force camp on 3 November 2020 starting the war. According to a report released 3 November 2021 by the UN high commission for Human Rights, war crimes and other crimes against humanity have been conducted by both sides in the year-long bloody civil war. A nationwide state of emergency has been declared in Ethiopia following advances south through the Amhara region towards the capital city Addis Ababa by the TPLF. (Photo: EPA-EFE/STR)

Dialogue will only work if all involved understand why there’s conflict — and commit to ending it.

Ethiopia’s 2018 transition failed to bring stability to the country. On the contrary, sporadic ethnic and political violence since then has brought the nation to its knees. And its war in the north with the Tigray People’s Liberation Front (TPLF) that started in November 2020 has tipped the country into further crisis.

However recent events suggest that there’s hope for a peaceful settlement of differences through negotiations and a genuine, well-designed national dialogue. Planning for this can start, but for such a process to be truly inclusive, the country first needs peace.

A recent statement by Deputy Prime Minister and Minister of Foreign Affairs Demeke Mekonnen, signals a move towards a negotiated political settlement. He says the government’s decision not to continue military moves into Tigray “opens a window of opportunity to consider other options of resolution that exists without a recourse to war”.

But for successful negotiations and dialogue, all parties need to understand what caused the violence that claimed the lives of thousands since 2018. And then they must go one step further and commit to the cessation of hostilities and destructive rhetoric.

The government recently approved legislation that mandates the lower house to constitute a national dialogue commission. This is a step in the right direction to ameliorate not only the country’s recent violence, but also its historical social and structural divides.

A recent Institute for Security Studies report analysed drivers of Ethiopia’s violent conflicts, emphasising the clashes that occurred between October 2019 and 2020. The report identified the root causes of the political crisis and conflicts that have scuppered Ethiopia’s political transition and that must be addressed.

The goodwill engendered by the 2018 political reforms under Prime Minister Abiy Ahmed Ali prevented violent inter-communal and ethnic clashes that so often characterise the early days of political transitions. But his reforms and reconciliatory rhetoric couldn’t contain these conflicts for long.

Some of the problems at that time had rolled over from the post-1991 political order which reconfigured Ethiopia along ethnic lines and declared ethnic groups sovereign. Although this was designed to accommodate such differences, it turned out to be just a façade.

At the heart of Ethiopia’s troubled transition, however, has been the contested interpretation of issues as fundamental as the country’s political history and constitution. These have set off inter-elite rivalry and competition over state power and resources.

These two factors coupled with institutional fragility and incoherence within the state and the EPRDF — the ruling party at the time — meant the political transition would face problems from the start. And the ‘complete’ liberalisation of the political space, at a time when it was dominated by highly mobilised ethnic groups, contributed to violence. The mass euphoria in the early days of the political reform was short-lived as clashes and instability began to engulf the Ethiopian body politic.

Ethiopia’s troubles go back even further, however. Contradictory readings about the country’s past have divided political elites, resulting in seemingly irreconcilable ideological views. Since the rise of the student movement in the 1960s and the incorporation of Marxism into the political scene, Ethiopia has been caught between ethnonationalism and pan-Ethiopianism — two competing modes of identity. The 1995 constitution essentially championed the former while the post-2018 reformist group claimed to support the pan-Ethiopian discourse.

The institutionalisation of ethnicity and the resistance against it have also contributed to deepening inter-ethnic rivalry and animosity. For decades, political elites have mobilised their ethnic bases and increased tensions for their own gain. This has created a security dilemma, where tighter security measures on one side pre-empt violence from the other.

Unless a comprehensive settlement is reached to mend the structural deficits and bridge the ideological divide, instability in Ethiopia will continue. Negotiations and dialogue can help mend Ethiopia’s troubled transition. But to do this, all parties need to understand the root causes of the post-2018 ethnic and political violence and military conflicts.

While the government’s commitment to a national dialogue is commendable, the process must be structured and inclusive. It must have legitimacy from the early stages of design and initiation and be free from partisan interference, unilateral agenda setting and spoilers. This will not only signal good faith, but also give credibility to the process and its outcome.

The state and the opposition must redefine the way they conduct politics, and iron out their differences so that citizens can accept a negotiated political settlement. DM