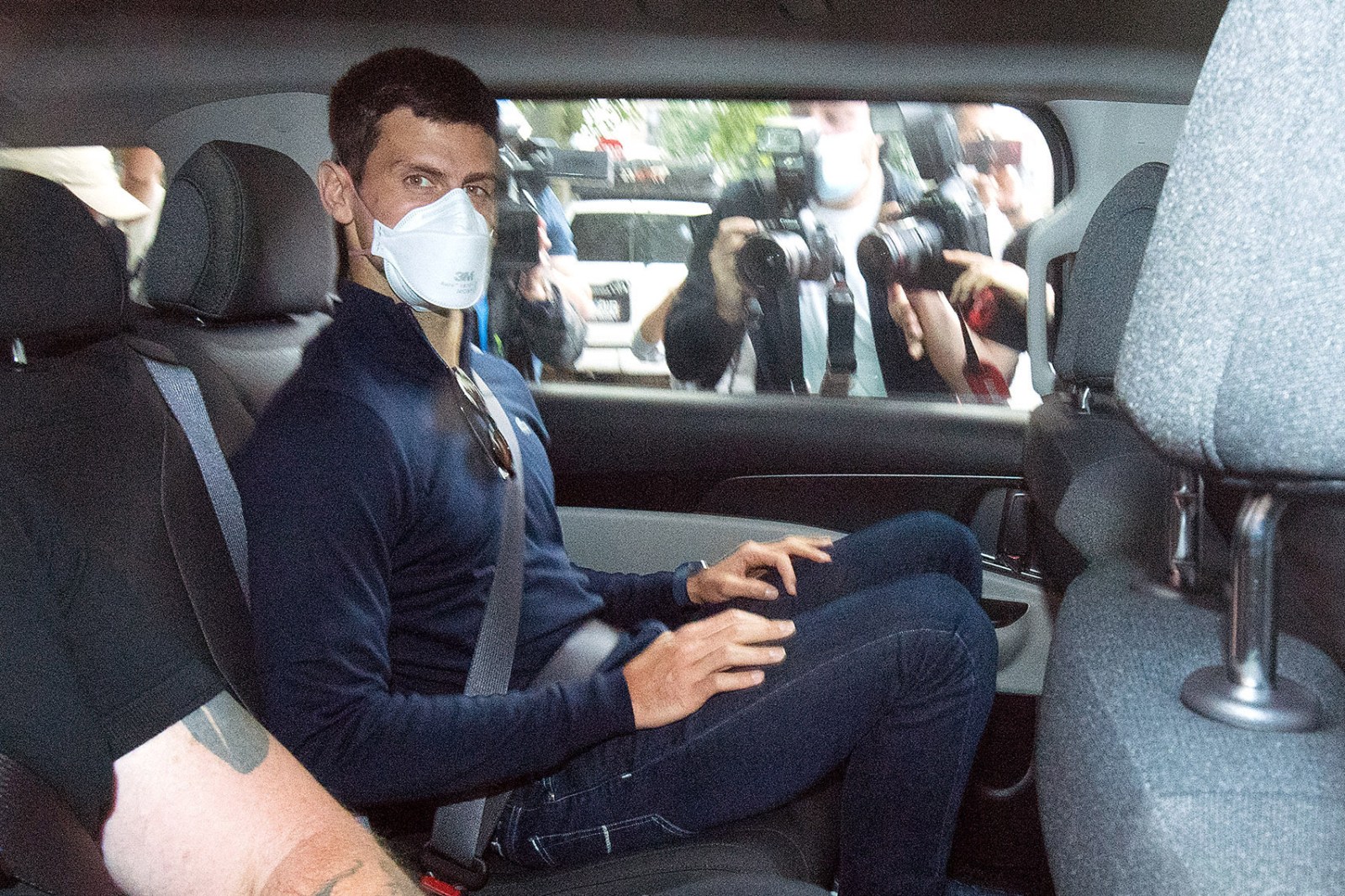 The world’s top men’s tennis player, Novak Djokovic, was deported from Australia on Sunday after his visa was cancelled.

Ruling on a case that has gripped Australia and the sporting world for more than a week, a three-judge Bench of the Federal Court heard government lawyers arguments that Djokovic’s continued presence risked whipping up anti-vaccination sentiment during Australia’s worst outbreak of Covid-19 since the pandemic began.

A medical exemption that allowed the Serbian tennis world number one to enter the country without being vaccinated had sparked fury in Australia, and became a political issue for Prime Minister Scott Morrison, who has to call a federal election before May.

That exemption prompted widespread anger in Australia, which has undergone some of the world’s toughest Covid-19 lockdowns and where more than 90% of adults are vaccinated. The government said recent infection alone did not meet its standards for an exemption.

Djokovic said in a statement that he was “extremely disappointed” with the decision to cancel his visa to enter Australia, but would respect it and cooperate with the authorities in relation to his departure from the country.

The Serbian champion said he hoped the focus would now return to tennis and the Australian Open Grand Slam, which starts in Melbourne on 17 January.

Djokovic had appealed Immigration Minister Alex Hawke’s decision to cancel his visa on the grounds that he was a threat to public order because his presence would encourage anti-vaccination sentiment amid Australia’s worst Covid-19 outbreak.

“I will now be taking some time to rest and to recuperate, before making any further comments beyond this,” the 34-year-old said in a statement after the court dismissed his case.

“I am extremely disappointed with the court ruling to dismiss my application for judicial review of the minister’s decision to cancel my visa, which means I cannot stay in Australia and participate in the Australian Open.

“I respect the court’s ruling and I will cooperate with the relevant authorities in relation to my departure from the country.”

Djokovic, who is not vaccinated against Covid-19, was granted a medical exemption to compete at the Melbourne Park major, a tournament he has won nine times including the last three editions.

His fate was finally decided after a rollercoaster 10 days that saw him detained by authorities, released and then detained again ahead of the Australian Open, which starts on Monday.

Rafa Nadal, who is tied with Djokovic on 20 major titles, said “too many questions” still needed to be answered concerning the Serb’s bid to play the tournament, while other leading players lamented how Grand Slam tennis has been overshadowed by the saga.

“I am uncomfortable that the focus of the past weeks has been on me and I hope that we can all now focus on the game and tournament I love,” Djokovic said, while also thanking those that supported him.

“I would like to wish the players, tournament officials, staff, volunteers and fans all the best for the tournament.”

“It’s now time to get on with the Australian Open and get back to enjoying tennis over the summer,” Morrison said in a statement.

But Serbian President Aleksandar Vučić lashed out at Australian authorities Sunday morning, hours after the federal court paved the way for the deportation.

“They think that they have by this, this mistreatment of ten days humiliated Djokovic, but they have humiliated themselves. Djokovic can return to his country with his head held high,” Vucic told a state media outlet.

“I spoke earlier to Novak Djokovic after the decision and I encouraged him. We look forward to seeing him return to his country, where he is always welcome.”

But the player also had some support, especially in his native Serbia and from Serbians living in Australia.

Serbian Prime Minister Ana Brnabić said on Sunday: “I think that the court decision is scandalous, I am disappointed, I think it demonstrates how the rule of law is functioning or better to say not functioning in some other countries.”

In Melbourne, around 70 Djokovic fans, including young children, sang folk songs and chanted in the Federal Court plaza while they waited for the court’s ruling.

They gathered around a loudspeaker to hear the judge reading out the decision, but it took several minutes after the court adjourned before they worked out that Djokovic had lost.

Two women were weeping, while others started up chants for a short while before the crowd dispersed.

“What they did today is everything except justice,” said Natasha Marjanovic, a Djokovic supporter who was wiping away tears. “They killed a beautiful sportsman and his career and for all of us who love tennis.”

It added in a statement that decisions of legal authorities regarding public health must be respected.

On the tennis circuit, fellow players had become impatient for the media circus around Djokovic to end as it had become an unwelcome distraction, casting uncertainty over the draw for the tournament.

But several voiced sympathy for Djokovic following his legal defeat.

“There was a political agenda at play here with the elections coming up which couldn’t be more obvious,” Vasek Pospisil, a Canadian tennis player, said on Twitter. “This is not his fault.”

Opportunity for other players

Djokovic’s exit from Australia may have major repercussions for his tennis career, particularly if he continues to snub Covid-19 vaccination.

But for the players left in Melbourne, it is a golden opportunity.

None may be more pleased than sixth seed Rafa Nadal, who remains level with the Serbian and Roger Federer on 20 Grand Slam titles.

The 2009 winner and four-times finalist, Nadal is the only Australian Open champion left in the draw.

Before Sunday’s court decision, Nadal could well have met the Serb in the semifinals, a player the Spanish great has not beaten on a hard court since 2013.

Should Nadal survive a possible quarter-final against third seed Alexander Zverev, the highest seed Nadal could meet in the semis is seventh-ranked Italian Matteo Berrettini.

Nadal will still have his work cut out, though.

The leading lights of the next generation have gradually worn the Spaniard down on hard courts in recent years, and a number of them will feel their time has come in Melbourne.

Second seed Daniil Medvedev could prove a major obstacle for the Spaniard’s hopes of stealing a march in the Grand Slam title race.

Medvedev was thrashed by Djokovic in last year’s final but the gangly Russian dynamo turned the tables on the Serb at the US Open to win his first major title.

He would become the first player outside the “Big Three” of Djokovic, Nadal and Federer to win consecutive Grand Slam championships since Andre Agassi in 1999-2000.

Long marked for Grand Slam success, Zverev will feel he is due for a breakthrough, having fallen agonisingly short in his first major final at the 2020 US Open against Dominic Thiem.

Fourth seed Stefanos Tsitsipas will be another player, desperate to make hay while Djokovic is away.

Tsitsipas knocked Nadal out in the quarter-finals last year to reach his second semi-final at Melbourne Park before being stopped in his tracks by Medvedev.