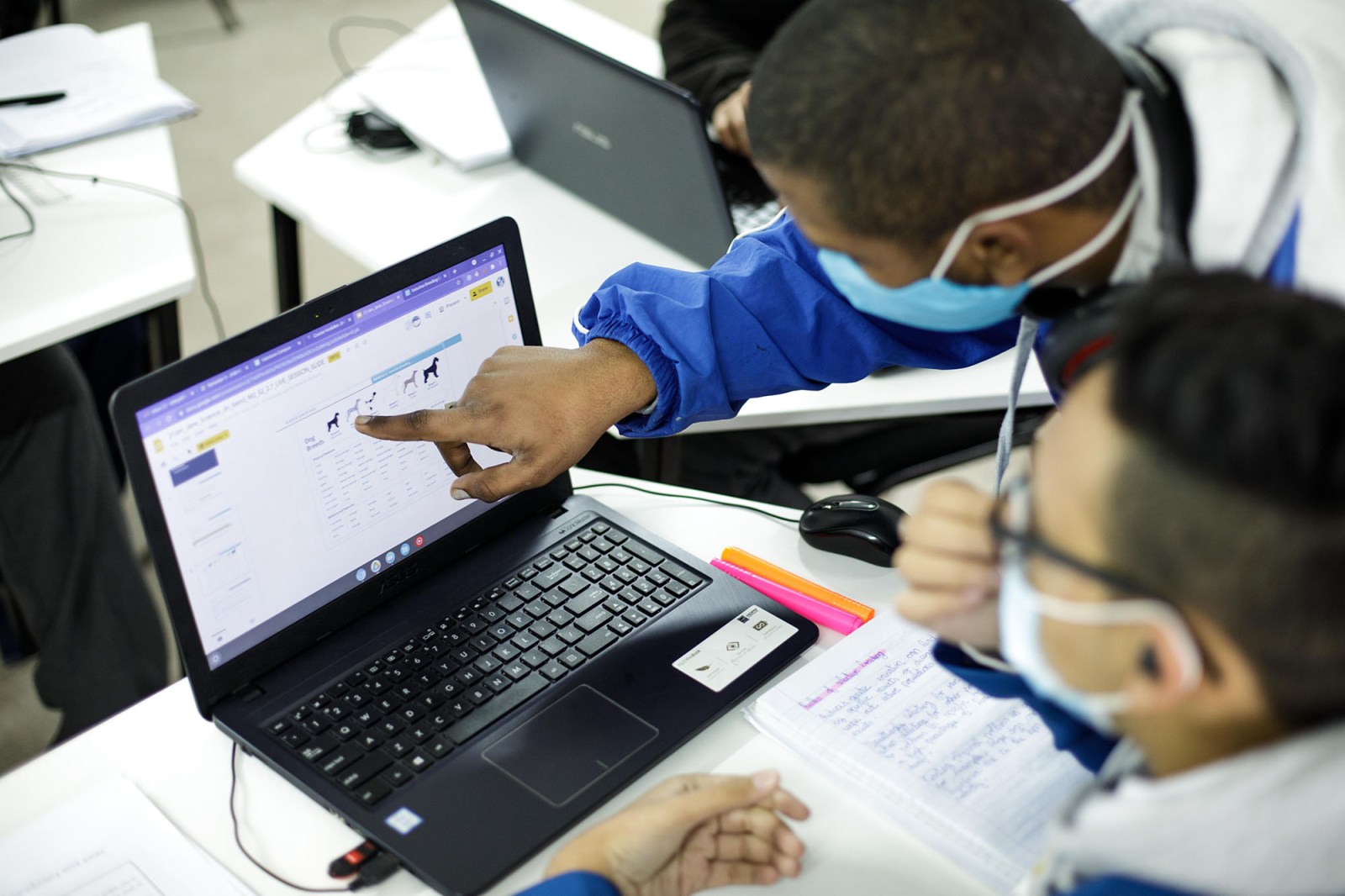 The University of Cape Town’s Online High School has close to 5,000 enrolled pupils for the 2022 academic year, across grades 8 to 11. (Photo: Herman Marx)

As Covid-19 continues to disrupt schooling in South Africa, some pupils are opting to not walk through school doors, sit next to their peers, or meet their teachers face-to-face in 2022.

Several online schools have noted a significant increase in enrolments during the pandemic, as pupils appear to be abandoning traditional schools in favour of online classes, and concerns persist around rotational learning and Covid-19 disruptions.

The spike in enrolments at various online schools follows the Department of Basic Education’s publication of a draft guiding framework for virtual schooling in South Africa, “intended to provide direction to those who want to establish virtual schools in the basic education sector on how to establish and register quality and effective schools”.

The development of a framework for emerging online schools is a priority as virtual schools have been operating unregistered for several years without adequate policy guidance, according to the document.

Teneo Online School, which was established before Covid-19, has seen a significant uptake in enrolment during the pandemic, its head of marketing and communications, Sarah Ferguson, told DM168. Starting with 85 pupils in 2018, enrolment grew to 5,400 in 2020, and 8,620 in 2021.

The online school currently has roughly 9,000 pupils enrolled for 2022, and is preparing for 13,000, said Ferguson. “We are currently enrolling, on average, 60 to 100 learners per day and expect this trend to continue for the rest of January and February.”

According to Ferguson, it appears “that parents are tiring of rotational learning”, after Basic Education Minister Angie Motshekga announced that the rotational timetable would remain in place for many schools at the start of the 2022 academic year.

Swales Online Academy, which offers online schooling for grades 4 to 11, has seen an increase in enrolment by 600% in 2022, according to business head Lauren Jacquin.

Jacquin said that “as a result of schools being forced to incorporate online teaching during remote periods, parents have realised that [online schooling] is a possibility where they would never have been exposed to it before”. She added that “parents are scared of sending their children to school as a result of Covid-19”, which has also contributed to the increased interest in online schooling.

Jacquin’s sentiments were echoed by managing director of Optimi Home, Louise Schoonwinkel, who noted a spike in interest in Impaq’s homeschool system since the start of the Covid-19 pandemic.

The reasons for parents enrolling their children in Impaq Online School included “safety at home, especially in families with comorbidities”.

“We are also finding that a lot of families who are making the switch found homeschooling and online schooling to be very effective during periods of school closures when schools went online or sent work home during hard lockdown,” added Schoonwinkel.

Yandiswa Xhakaza, director and principal of the University of Cape Town’s Online High School, told DM168 it had received more than 9,500 applications. It has close to 5,000 enrolled pupils for the 2022 academic year, across grades 8 to 11, according to Xhakaza. Grade 12 will begin in 2023.

“The advent of Covid-19 led to many children being left behind from a curriculum-coverage perspective,” said Xhakaza. “As a new online high school, we have been at the receiving end of enrolling hundreds of learners with gaps in their conceptual understanding of key subjects, and to this end we have put an intense remediation programme in place to help bridge these glaring gaps to help them catch up.”

Lee-Anne Minnaar enrolled her 13-year-old daughter Amber in Grade 8 at UCT’s Online High School in 2022, after she had been at a government primary school. As a result of rotational timetabling, Amber attended school every second day in 2021, which interrupted her academically.

“It was very disruptive in terms of finding a rhythm; she really struggled academically,” said Minnaar.

Despite the notable increase in pupils at online schools, enrolments in the national school system continue to go up year-on-year. In 2019 there were 13,041,198 pupils in the basic education sector, rising to 13,409,249 in 2021, Department of Basic Education spokesperson Elijah Mhlanga told DM168.

The process for collecting 2022 pupil numbers had not yet begun. DM168