Poland: more important to JSE investors than you think 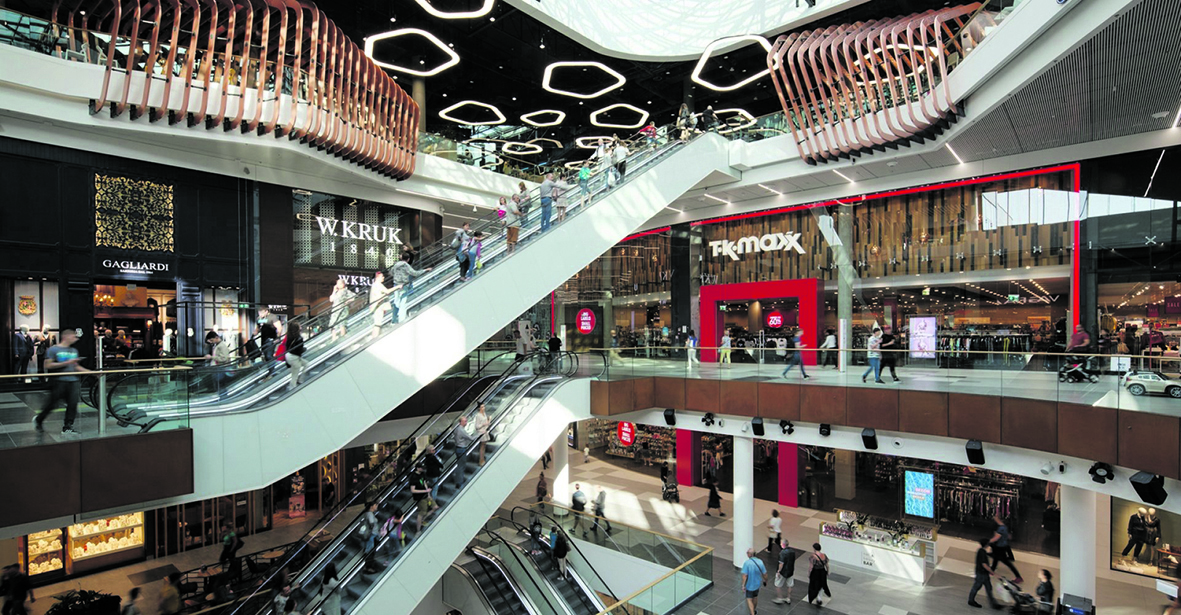 EPP, the largest owner of retail property in Poland in terms of gross lettable area, is listed on the stock exchanges in Johannesburg and Luxembourg. (Photo: Supplied)

The Central European nation has attracted much property and retail investment but notable challenges remain.

With a population of around 38 million people and anticipated GDP growth of 4.5% in 2022 and 4.0% in 2023 respectively, Poland has been on the radar of South African corporates for some time. Property funds are invested there in the hopes of finding a stable country with reasonable inflation and growth prospects, as it is difficult to generate high yields in developed countries. The unemployment rate is just 3.5%. As South Africans, we can only dream of a number like that.

Property fund EPP is focused on Poland and released an update on shopping habits in the country. eCommerce penetration has fallen from 10% to 8% as shoppers have somewhat returned to malls. Footfall is lower than pre-pandemic levels, but overall spending has recovered, which means basket size has increased. Although things are looking up for mall operators in general in Poland, EPP’s balance sheet is in trouble and the company is in the crosshairs of Redefine for a take-private deal.

We also had an update from Pepco, the Steinhoff subsidiary that operates a retail footprint in Europe and the UK with a particularly strong presence in Poland. Although the wider footprint introduces noise into the numbers, it was interesting to note that like-for-like growth in Pepco as the retail brand was 0.0% in the quarter ended December 2021.

This measure strips out the benefit of new stores (of which there were many — 146 Pepco and 15 Dealz stores). As Poland is an inflationary environment, this means that volume growth was negative in the business. Supply chain constraints are the likely cause of the problem, as a flat performance doesn’t tie up with the macroeconomic narrative in Poland.

Another locally listed retailer with exposure to Poland is Spar. The company is struggling to successfully integrate an acquisition in that country. Those who bought Spar after a significant sell-off in late 2021 will be keeping a close eye on Poland, a country that looks set to put pressure on Spar’s balance sheet.

Although rates are on the rise, the laws of finance dictate that debt will always be a cheaper source of capital than equity. Companies with strong balance sheets and investment-grade credit ratings can tap into debt markets and raise capital to expand operations or refinance existing facilities.

One such company is Prosus, which is raising $5.25 billion in debt through the issuance of various tranches of notes under its Global Medium-Term Note Programme. To give you a taste of the art of balance sheet management, the maturity dates range from 2026 to 2052 and the rates range from 1.207% to 4.987%. The longer the maturity period, the higher the rate. This is the typical shape of a yield curve.

Another example is NEPI Rockcastle, with the property fund targeting a raise of €500-million in bonds with an eight-year tenor. The company is tapping into the world of green funding, as the portfolio can demonstrate a number of ESG-friendly metrics.

I’m expecting to see more of this type of activity by companies that have emerged from the pandemic with robust balance sheets and dependable cash flows. Adding debt to a balance sheet is an effective way to improve return on equity (ROE).

From activist to chairman

Ascendis activist investor Harry Smit has elevated himself from Twitter attack dog (literally — he likes to compare himself to a pit bull) to chairman of Ascendis. Gary Shayne has also joined the board in a return to the company that he built while spearheading Coast2Coast.

It was the aggressive acquisitive strategy followed by the Coast2Coast team via Ascendis as an investment vehicle that laid the groundwork for all the troubles. A period of frenetic dealmaking created a group that was big on promises and even bigger on debt.

Many eyebrows in the market have been raised in the past few weeks. The old guard is back in the saddle and CFO Cheryl-Jane Kujenga has also been given the joint role of interim CEO. It’s unclear at this stage who the eventual permanent CEO will be.

Critically, the local investment consortium led by Apex Partners has paid the R550-million required to settle international special situations investor Blantyre. Apex Partners is led by Charles Pettit (who has a checkered track record himself when it comes to acquisitive listed companies in South Africa) and financially backed by Sabvest, Chris Seabrooke’s investment entity.

There are many familiar names in this story and numerous twists and turns. Shareholders will be focused on whether any of this will cause a sustainable change in the trajectory of the share price. At this stage, Ascendis would appeal to punters with a strong stomach for risk and an ability to unpick the economics of special situations investing. DM168