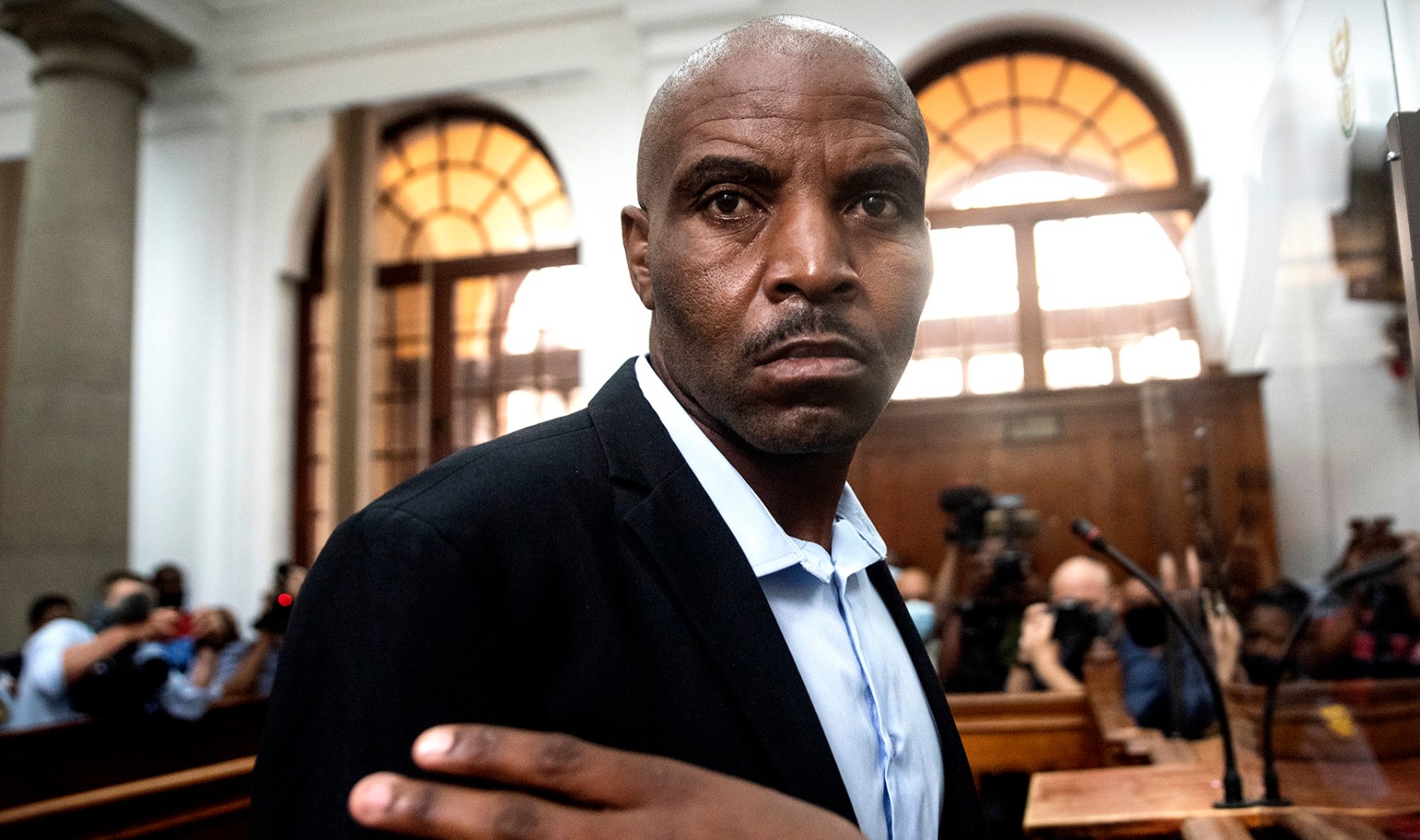 The NPA says others may have been involved in the Parliament fire. For now, lawyers representing Mafe are attempting to overturn the order sending their client for mental observation, saying it was procedurally incorrect and unlawful. They hope that an urgent application will encourage their client to abandon his hunger strike.

The main charge against Parliament arson accused Zandile Christmas Mafe is terrorism, says Hawks spokesperson Brigadier Thandi Mbambo. He is also facing a count of housebreaking and theft with intent to steal, two counts of arson and the possession of an explosive device.

Though the crime scene investigation has already begun, it has had to be halted over safety concerns. The Hawks are waiting for engineers to indicate whether it is safe to enter the crime scene.

Mbambo said she could not divulge any information on the type of evidence the Hawks seized at Mafe’s shack in Khayelitsha, as it was part of the investigation.

Lawyers representing Mafe contend the order granted by a magistrate to send their client for mental observation was procedurally incorrect and unlawful.

The order was granted by Magistrate Zamkelie Mbalo in the Cape Town Magistrates’ Court on Tuesday, 4 January 2022. Initially, the matter was set down for Mafe’s bail application to be heard.

But State prosecutor Helene Booysen caught the defence off guard when she presented a psychiatric assessment declaring Mafe a paranoid schizophrenic.

It is against this backdrop that Mbalo granted an order compelling Mafe, 49, to undergo a 30-day evaluation to determine if he is fit to stand trial.

The purpose of the application was for Hlophe to make a ruling on whether Mbalo’s actions were procedurally correct and whether the order granted was lawful. The matter was not ventilated.

Western Cape National Prosecuting Authority (NPA) spokesperson Eric Ntabazalila said: “One of the reasons we could not sit on Saturday is that this application needed two judges for it to be heard, especially the application on the order.

“Judge President John Hlophe was the only judge on duty over the weekend. The other judges were on leave. Hlophe said he managed to get a judge who will be able to sit with him on Tuesday, 18 January.”

Ntabazalila emphasised that the State would oppose the challenge to the order. He also reiterated the State’s position remained the same in that it still opposed bail.

Mafe’s attorney, Luvuyo Godla, addressed the media outside the Western Cape High Court on Saturday. Describing what transpired inside court, he said that the wheels of justice were finally moving in the right direction.

“The purpose of our urgent application was for the Western Cape High Court to determine whether the referral done by the magistrate on 11 January in terms of section 77 of the Criminal Procedure Act is lawful or unlawful. That’s the elephant in the kitchen.

“Remember, in our law you can never remand someone in custody for the purpose of a bail application for more than seven days. When we were in Cape Town Magistrates’ Court on Tuesday, 4 January, our client was given a remand of 30 days and that remand of assessment for 30 days was also made a remand for purposes of bail application which is very unlawful,” Godla said.

Mafe went on a hunger strike when the order was granted and indicated he would stop only once his bail application had been heard as a matter of urgency.

According to Godla, they had so far unsuccessfully tried to persuade him to end his hunger strike. But now that the order was to be heard by a higher court, Godla explained, they could try to convince Mafe to reconsider the hunger strike.

Elaborating on the reasons behind the application to have the mental observation order overturned, Godla said: “During Mafe’s second appearance on Tuesday, 11 January, when he had to appear for bail application, we were surprised by a section 77 referral.

“There are procedures and rules to be followed. So this is what we are saying. We are not fighting the section 77 per se, but we say proper procedure should have been followed to make that determination.”

“Justice was not done. The system allows you to approach a court with inherent jurisdiction so that it can intervene.”

On whether the defence planned to send Mafe for an independent psychiatric observation, Godla said they had considered doing so before. This, he said, was now moot, so the Western Cape High Court had to determine on Tuesday, 18 January, whether the order was lawful and procedurally correct.

On the terrorism charge, Godla stressed his client rejected the charge as he was adamant that he did not torch Parliament.

“We are saying as Azapo [that] we are standing by Mafe. Azapo is saying let there be a judicial commission of inquiry to get to the bottom of this thing. We don’t trust the State Security Agency and the NPA because they [are] all compromised.

“All of a sudden in a democratic South Africa the first person to be charged with terrorism is a black, poor, homeless person. What a shame to this so-called quasi and bourgeois democracy,” he said.

Azapo also does not believe that Mafe allegedly spent four hours in the parliamentary precinct undetected and contends that there is a conspiracy against him.

“As Azapo are seeing sinister motives; we’re seeing sabotage and we are saying we don’t have confidence in the State Security Agency,” said Nodoba.

On Tuesday, 18 January, arguments will be heard in the Western Cape High Court on the validity of the order granted by Mbalo.