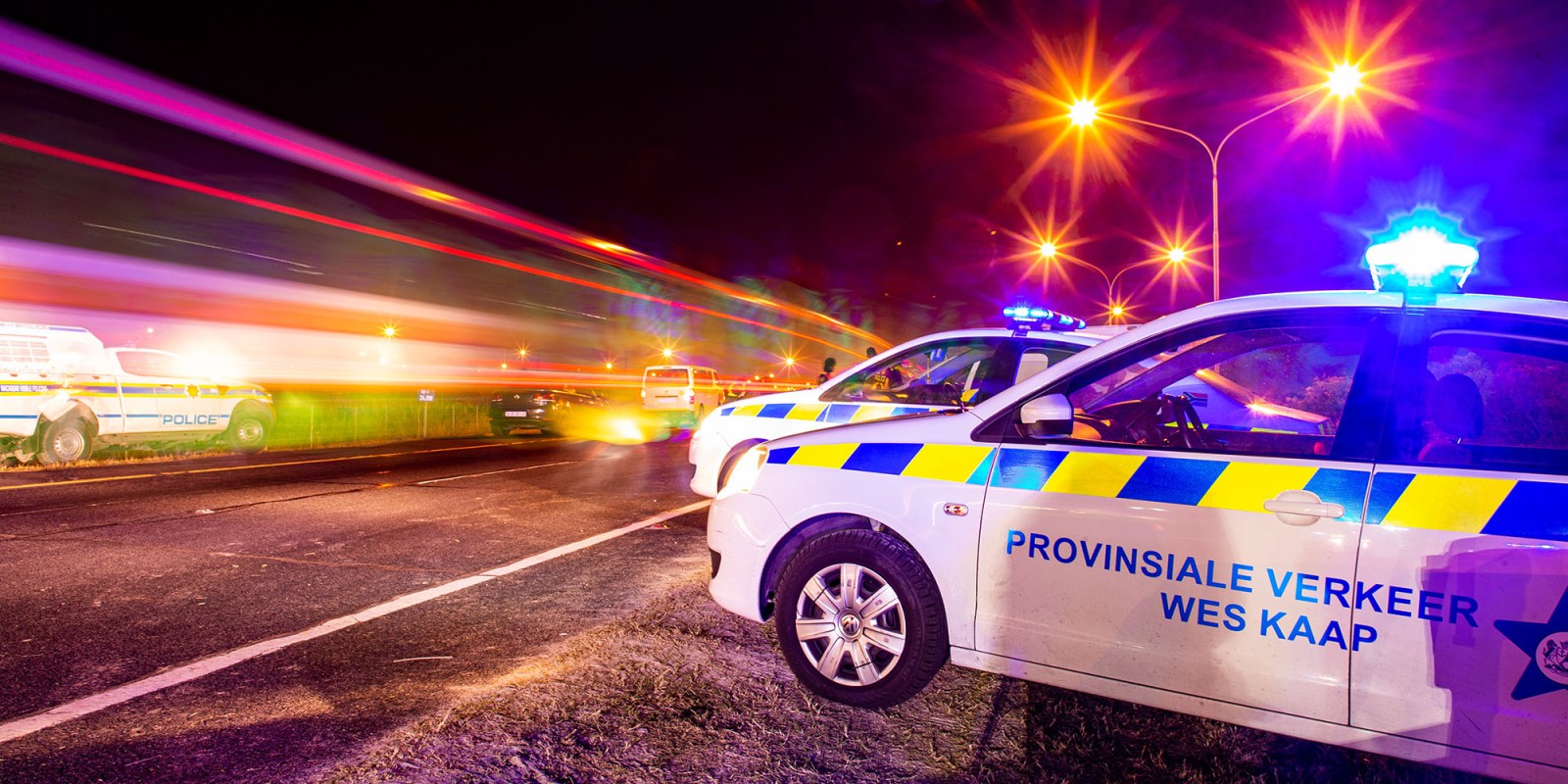 A general view of a 24-hour police roadblock checking the permits of motorists on the N2 near Khayelitsha on April 16, 2020 in Cape Town, South Africa. (Photo: Gallo Images/Roger Sedres)

With the Pretoria high court ruling that the Administrative Adjudication of Road Traffic Offences Act and its Amendment Acts are invalid on Thursday 13 January, the government has been sent back to the drawing board with regards to this legislation. But the Organisation Undoing Tax Abuse, which led the legal battle against Aarto and its amendments, has said there is not much hope of feasibly reworking this legislature, including the Demerit Point System that formed part of its vision.

The primary contention regarding the Administrative Adjudication of Road Traffic Offences Act (Aarto) and its Amendment Acts was the shift of power from local and provincial governments into the hands of the national government with regards to handling road traffic offences.

This contention was outlined in the introduction of Judge Annali Basson’s judgment, which further highlighted that “this dispute is confined to the narrow issue of the legislative competence of national government to enact these two Acts”.

In a media statement released by the Organisation Undoing Tax Abuse (Outa) in the wake of its legal victory, the group had mentioned hoping for a more collaborative process between government, civil society, and organisations such as themselves moving forward in drafting such policies. But despite these hopes, Outa is not convinced that this specific legislation can be resuscitated in that process.

“Unfortunately, I don’t think there’s a lot they can do,” said Stefanie Fick, Outa Executive Director of the Accountability Division.

Fick questioned the possibility of separating certain parts of the legislature from its unconstitutional elements but ultimately does not deem this alternative possible. “What we’ve realised is that you can’t, because the whole Act is about the national body telling the provincial and local governments what to do.”

This sentiment was upheld in point 44 of Judge Basson’s ruling, which concludes that “national government did not have the power to pass the Aarto Act in the first place”.

While Fick postulated an alternative where Aarto could be salvaged somewhat if each local community constructs “an Aarto Act for themselves”, she is certain these communities will not bite after the current Aarto Amendment Act lost them a lot of money through the process of trying to realise that legislation, as the national body “asks for money for each step”.

“So money goes out of municipality and into the national sphere, which is part of why this is unconstitutional,” said Fick. “I personally can’t think of anything that will make it less offensive in terms of the constitution.”

Similarly, Outa Chief Executive Officer, Wayne Duvenage, told Daily Maverick that without buy-in from all municipalities and the reliable workability of the legislature, “We don’t think it can be fixed”.

For Duvenage, the legislation was susceptible to turning into a “money-making scheme” with few returns in guaranteeing road safety and accountability.

In a response to the Aarto judgment, Gavin Kelly, CEO of The Road Freight Association, reiterated that Aarto’s flaws “were predicated on revenue generation and not on changing driver behaviour and vehicle maintenance to ensure safer roads”.

An essential component of Aarto was its proposal for a Demerit Point System, which would have seen law-breakers on the road accumulating a record of offences until repercussions such as licence suspensions were imposed. Even on this front, Outa is not optimistic.

“We’re in favour of the concept or the principle of a demerit system in an administrative environment that works,” said Duvenage. “So for starters, it’s not going to work here.”

The reasons cited by Duvenage on this front include the prevalence of licence plate cloning, the widespread purchase of false number plates, the inaccuracy of our national vehicle registry system (which affects the efficacy of fining transgressors), and an over-reliance on electronic mailing to implement these systems.

“We have populations of poor that aren’t on the Internet and need to go in and pay their fines — or query their fines,” said Duvenage.

On technical terms, Fick highlights another issue with attempts to adopt a demerit system in the future. “Because of where the demerit point system sits, it is unconstitutional. You can’t use it because it’s part of the bigger Act.”

“We’re not promoting lawlessness, we’re promoting laws that work,” said Duvenage, who suggested that conversations about the intentions, mechanisms and accountability measures of these policies are essential to tackling road safety.

Additionally, Fick proposed that visible policing and more traffic officers on the streets are important mechanisms to explore. “It doesn’t mean that without Aarto there’s no legislation. There’s a lot of legislation.”

In Duvenage’s view, an effective fining system is vital, and requires a “centralised process to manage it and also manage disputes”.

Ultimately, the issue with Aarto and its Amendment Acts is one of national incompatibility in Outa’s view.

“One must always make sure that your legislature is fit for purpose and that it works for the environment where you want to implement it,” said Fick. “We are very unique. I think South Africa is unique. I think we deserve unique laws that will assist motorists and everybody, and ensure road safety.”

The department of transport was approached for comment but is yet to do so. DM