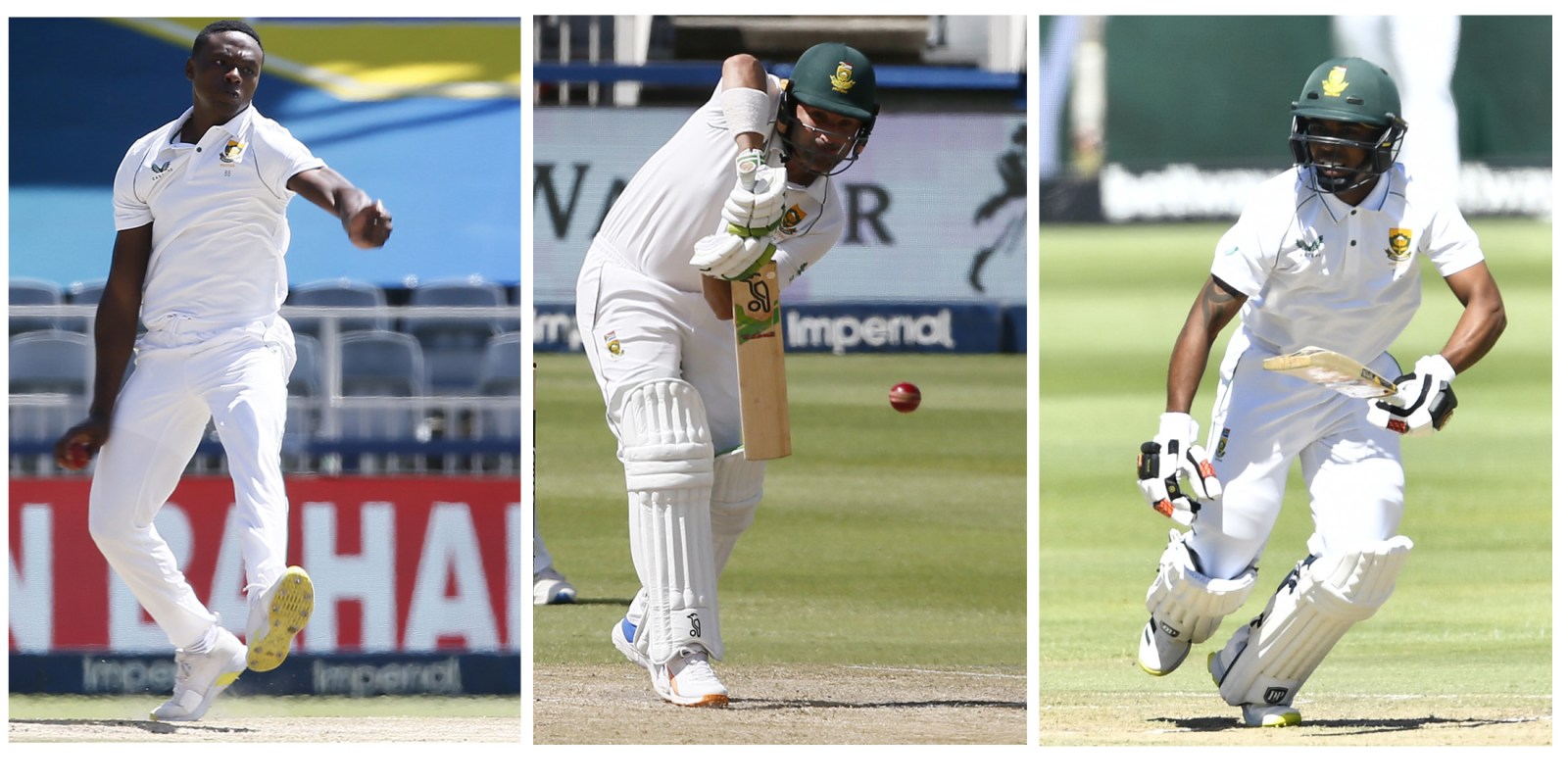 After two years of turmoil, there is some light for South African cricket after the Proteas recorded a sensational 2-1 series win over India. Winning the third and final Test of this compelling series by seven wickets at Newlands on Friday completed a come-from-behind series win that stunned the No 1 team in the world.

The outcome was among the best ever in the post-isolation period and gives the beleaguered Cricket South Africa (CSA) some good press at a time where there are still many unresolved issues in the local game.

Without the real benefit of home ground advantage, which was nullified by no crowds, and pitches that suited India’s seam bowling attack as much as the Proteas’ bowling unit, South Africa had no business winning this series.

Yet they did because their bowling and fielding were excellent, and the batting did just enough to get them over the line. They also displayed tremendous mental toughness and character in some tough positions. The Proteas lost some sessions but never their composure, as they secured a win for the ages.

“It will take a few days to sink in, but I couldn’t be prouder of this group,” captain Dean Elgar said after the match. “We were put to the sword at times in this series, and I asked the players to respond in a better way, and they did.

“If you want to operate at a high-performance level, you have to have tough, hard chats and guys have to respond. If they don’t like it they have to deal with it. I’m quite old school like that, with a new school twist. I laid down some challenges to senior players and ask them to stand up, and they responded.”

At Newlands, India held a slender 13-run first-innings advantage but the Proteas’ bowling unit restricted the tourists to 198 in their second innings despite a flamboyant 100 from Rishabh Pant. That left the Proteas needing 212 to win the match and the series, which in the context of the difficult pitch and quality Indian bowling, was a daunting target.

But after losing Aiden Markram early on, Elgar and the impressive Keegan Petersen dug in with a 78-run partnership, taking the Proteas to 101 for two at stumps on day three. That left them needing another 111 to secure the win.

Petersen and Rassie van der Dussen weathered a brutal onslaught on day four as India seamers Jasprit Bumrah and Mohammed Shami made the ball swing and seam. The Proteas batters had some luck, but they made the most of it.

Cheteshwar Pujara dropped Petersen in the slips when he had 62, which was probably the moment that ended India’s realistic hopes of winning the series.

Petersen and Van der Dussen put on 54 for the third wicket before the former chopped a Shardul Thakur delivery onto his stumps when on 82. Petersen deserved a century, but in the broader picture, he did his job superbly to make the job for Temba Bavuma that little bit easier.

After losing the first Test at Centurion by 113 runs, it appeared the script was going to follow the pre-tour predictions – India’s batting unit would be too strong. It further helped that India skipper Virat Kohli won the toss in every match and chose to bat each time, immediately putting the home team under pressure.

But South Africa fought back with grit and guts on each occasion while new stars emerged. In captain Elgar and vice-captain Bavuma, the Proteas have leaders with no quit in them. And although many won’t want to hear it, the team embodied coach Mark Boucher’s hard-nosed personality. He was a born fighter and his team found that trait within themselves.

Elgar, Bavuma and fast bowler Kagiso Rabada played the senior statesmen roles expected of them, with important runs and wickets at crucial times. But it was the emergence of new talent that provided the small edge that won the series.

No 3 batter Petersen came of age in the series, top-scoring with 276 runs at an average of 46. He is a fine talent who could be central to improving the overall batting of the side in the months and years to come.

Petersen scored three consecutive half-centuries on pitches that tested technique and temperament and that always gave the bowlers enough lateral movement to keep them in the game. On top of that, India possesses a fine seam attack, spearheaded by the brilliant Jasprit Bumrah and the masterful Mohammed Shami.

Their accuracy and variation were relentless throughout the summer, and other than the fourth innings in the second Test at the Wanderers and to a lesser extent, the last innings at Newlands, they dominated.

Petersen, who played and missed multiple times over the series, which was unavoidable, acknowledged the quality bowling he had to overcome.

“That’s the best bowling I’ve ever faced, they just never give you a loose ball,” he said during the Newlands Test. He never let the near misses upset his temperament though.

Although Petersen missed out on a century in the series, posting a high score of 82 in the Newlands’s run chase, his performances elicited praise from former great AB de Villiers.

“The long and the short is Keegan Petersen can play! I’m very excited with the composure, skill and technique I’ve seen against one of the best attacks in the world,” De Villiers posted on social media.

In the shimmering late-afternoon heat at Newlands, with South Africa needing 212 to win the series, Petersen entered the fray early after Aiden Markram (16) failed again, and proceeded to lay the foundation for victory.

He saw out the threat of Bumrah and Shami and then displayed a delightful array of shots to take the Proteas to stumps at 101 for two, just 111 shy of the target. The most enjoyable part of his knock was how he took Ravi Ashwin, the world’s best spinner, apart with cuts, drives and an audacious reverse sweep. We witnessed a man making a statement that he was here to stay.

While Petersen deserves the plaudits for providing the batting with some steel, lanky left-arm seamer Marco Jansen also emerged from the fringes. He was surprisingly selected for the first Test in place of the injured Anrich Nortje, but elegantly took the step up in giant stride.

Having a left-arm quick to support the right arm fast bowlers Rabada, Lungi Ngidi and Duanne Olivier, has given Elgar a weapon that offers variation.

“I’m very disappointed. To come to South Africa and start as favourites shows where we have come from, but that’s not enough to win and doesn’t guarantee you results,” India skipper Virat Kohli said. “You have to go out and do it in each series and we didn’t do that against South Africa in their conditions.

“It was a great spectacle for Test cricket. It was a hard-fought series. We played a great first game, but South Africa took that momentum into the third Test. They were much more clinical than us in the clutch moments. They were deserved winners in the end.

“One of the challenges we have faced in the past is to capitalise on momentum when we have it, which we did to win in Australia. We didn’t do that here and had a few collapses, which obviously cost us in the end.

“Their bowlers applied the pressure for long enough in the second and third Tests for us to make mistakes. Our batting needs to be looked into because it’s something we have to improve in the future.”

The victory will also see the Proteas surge up the World Test Championship table when the update is released next week.

Elgar said the decider was the biggest for the Proteas in the past 10 to 15 years before play started and that it would be the biggest win of his career if his team prevailed. He never shied away from making such a big statement and he and the team backed those thoughts up in emphatic fashion.

“The bowling unit was phenomenal, and they took 60 wickets in the series, which doesn’t happen often,” Elgar said. “It was unreal to see a group with few big names gel together and play big parts in vital situations to win the series.

“We’ve played as a unit, which has made a difference and we have grown massively. The first Test loss hurt and that wasn’t good enough. We are by no means the finished article. DM