Schooling at the end of the fourth wave: Teach your children well – and full time 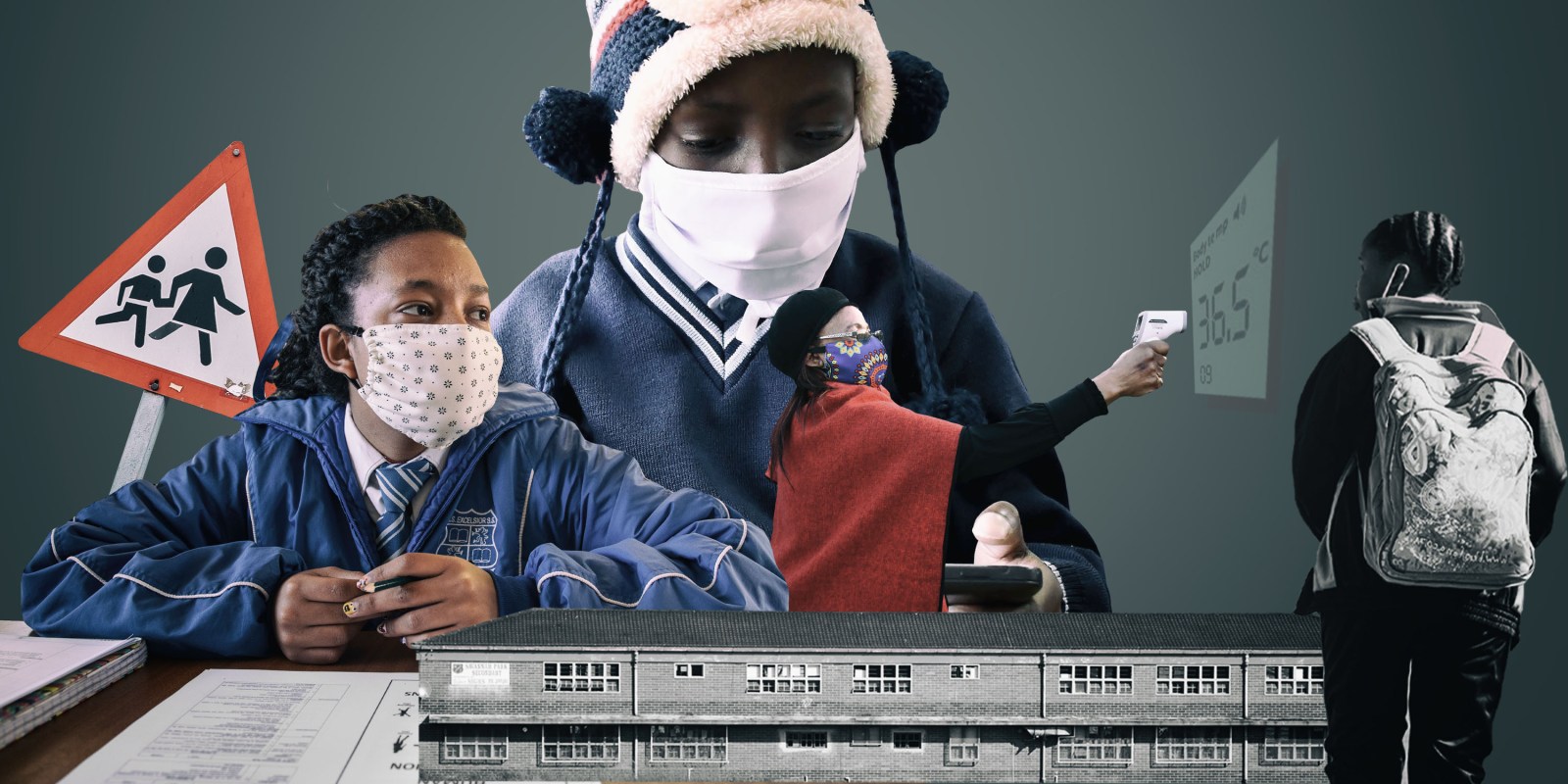 There may well be space now for the government to consider changing the National State of Disaster regulations, particularly around schools.

The start of the school year and an apparent reduction in the number of people suffering from severe symptoms of Covid-19 will raise questions about how the government is currently managing the pandemic.

In particular, if there is now reason to hope that the worst of the pandemic is behind us, it may lead to a debate about whether it is possible to lift the National State of Disaster that has been in effect since 15 March 2020.

But to lift that status now could have other consequences, and make it difficult for the government to enforce the wearing of face masks in public. It could also make it harder to respond quickly if there is a resurgence of the virus through a new variant. All of this means that it could be difficult for the government to properly manage what is hopefully the beginning of the end of the pandemic.

Such has been the unpredictability of the virus and speed of events over the last few years that it is unlikely any professional epidemiologist will say publicly that they believe the pandemic is nearly over.

It may be this problem that currently underpins all of the complexities which the government faces.

On Wednesday schools in the inland provinces reopened, a stark reminder that millions of children are only receiving face-to-face teaching every second day or every second week.

As Basic Education Minister Angie Motshekga has explained, under the current Level 1 regulations learners have to have a space of one metre between them. Because of this, schools are using rotational timetables, which has led to learners losing between 40% and 60% of actual learning time.

Meanwhile, nightclubs are open, there is no longer a curfew and casinos can operate on a 24-hour basis.

Last Saturday, the ANC had 2,000 supporters in a stadium for its January 8th event.

This appears to be a contradiction. It makes no sense, on the face of it, to keep such intense regulations for schools, with all of the consequences for education that follow, while nightclubs, with no tradition of social distancing, are allowed to operate.

There is already evidence of the governance problems this poses.

Just before Christmas, in a decision that made international headlines, the government decided that those who had come into contact with people infected with the virus no longer had to isolate or test for the disease.

Then, just a few days later it rescinded that decision, saying that, “In line with the principles of transparency and openness, the department has decided to put the implementation of the revised policy changes on hold, while taking all additional comments and inputs received into consideration. This means the status quo remains, and all prior existing regulations with regards to contact tracing, quarantine and isolation remain applicable.”

It had still said that the previous decision was taken on a scientific basis.

It would seem strange for a government to make a decision based on science, and then to delay that same decision “in line with the principles of transparency and openness”.

In fact, it has shown that someone somewhere had second thoughts.

For those running businesses and institutions where people have to come into close contact with each other, this poses major problems. To force people exposed to the virus to isolate or test each time is massively expensive and unproductive. The change would have been welcomed, and its withdrawal was lamented nationwide.

In particular, this could be felt in schools, where children from different parts of our communities often come together, and thus make it possible for the virus to spread.

However, at the same time, it appears there is strong evidence that the Omicron variant is not having the impact that the virus did in its earlier forms.

There is some hope that Covid-19 is doing what viruses do: because they “want” to live for a long time and infect as many people as possible, it is not in the “interest” of the virus to kill its host. Based on the science that we know at the moment, Omicron is a variant that does just that.

From here, the hope may be that it will mutate further, but in this direction, thus becoming even less dangerous.

This is borne out in our hospitalisation figures.

On Wednesday morning, the National Institute for Communicable Diseases’ Daily Hospital Surveillance Report said there were only 709 people in intensive care with Covid-19, a much lower number than we saw in previous waves.

However, this is the situation in our country. In the US, it is very different.

There the Centers for Disease Control and Prevention (CDC) says that the week between Christmas and New Year saw a 60% increase in the number of hospitalisations and a 14% increase in the number of deaths when compared with the previous week (deaths usually follow case numbers by about two weeks because of the time it takes for a case to progress from being diagnosed to the patient actually falling seriously ill and dying).

This may be a warning to our government not to take anything for granted.

It is worth repeating: no one knows for sure what the future will hold.

Currently, the National State of Disaster allows the Cabinet to change regulations very quickly: there can be a virtual meeting, the Cogta minister can sign her signature, and an announcement can be made.

That said, the crisis in our schools is surely causing more and more lasting damage. The problems in our education system, the lack of quality of teaching and the poor resources, together with our massive inequality are all being made worse the longer this rotational system continues. Already, 40% of our learners drop out of school between Grade 1 and matric, and the rotational system will inevitably be increasing that figure.

There may well be space now for the government to consider changing the regulations, particularly around schools. Currently, schools are using a rotational timetable because of the regulation which states there must be this 1m distance. That could be cut to, say, half a metre, along with certain regulations around ventilation.

At the same time, it may be worth following the public recommendations of prominent scientists for the further easing of restrictions and reintroducing the new isolation guidelines which were withdrawn in December. Read here.

All of this would allow the government to remain flexible while retaining the power to make changes quickly if necessary, and it would allow schools to operate as normal.

At the beginning of the pandemic the most urgent need was to prevent infections and deaths. Now the balance may well have swung the other way, and the focus should be on getting children into school. And keeping them there. DM