No, Minister Sisulu, the fault does not lie with our courts or the Constitution 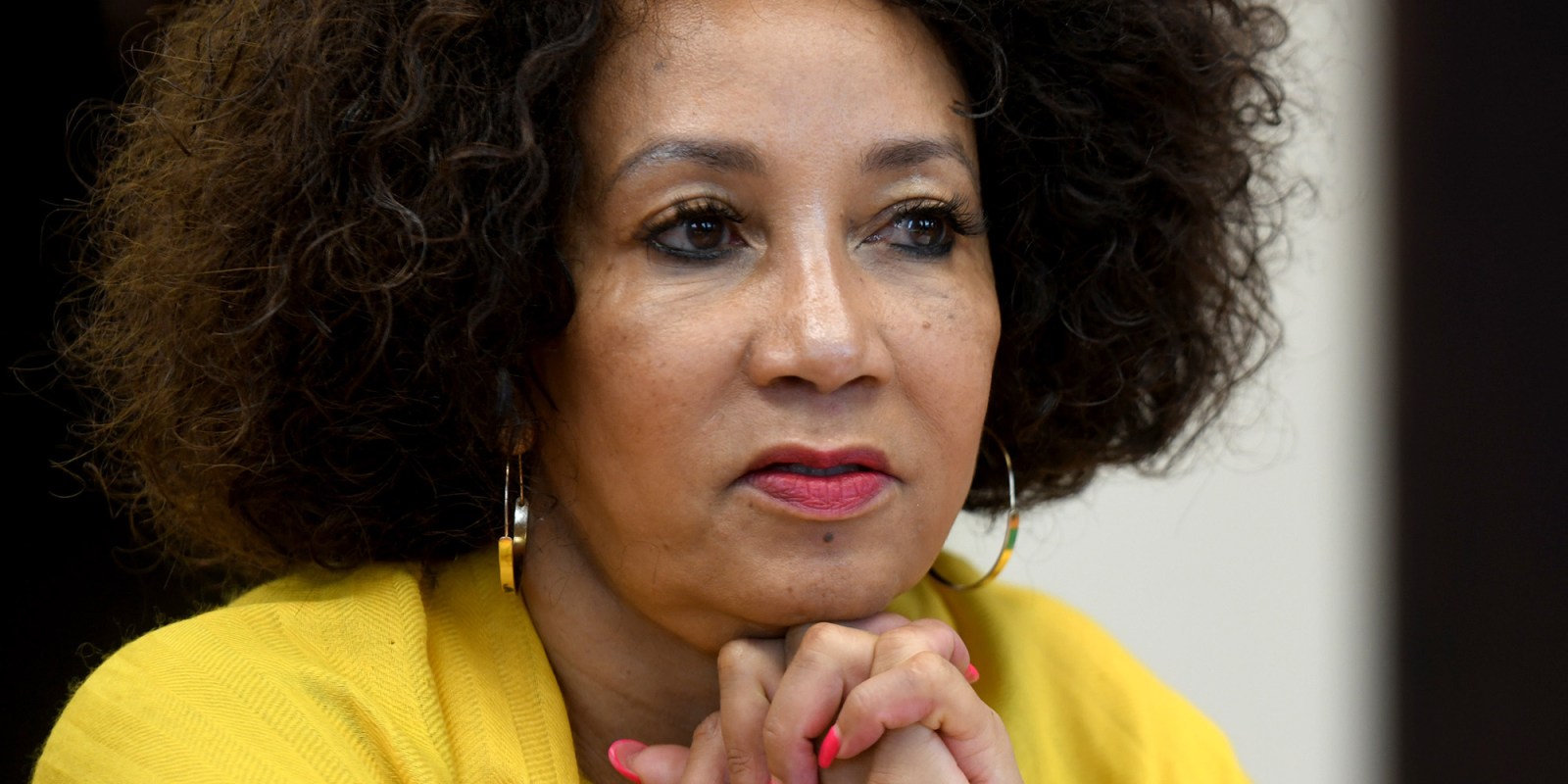 Minister Lindiwe Sisulu’s opinion mischaracterises the concept of the rule of law as no different from authoritarian rule by law. Examples she gives are of apartheid and Nazism. The picture she seeks to paint cannot be further from the truth.

Last week, Tourism Minister Lindiwe Sisulu published an opinion piece in which she, entirely reasonably, lamented the “sea of African poverty” that persists in South Africa. However, she unreasonably blamed this pernicious evil on the Constitution and the “Western” concept of the rule of law.

Equally unreasonably, and despite the tidal wave of evidence of maladministration and corruption, especially by recent incarnations of the democratic government of which she has been a senior member since its early days, supposedly neither she nor other members of the executive or the public service bear any responsibility for the abuses of power and authority entrusted to them by that same Constitution.

Instead, and again entirely unjustifiably, she accused allegedly craven senior “African” judges who remain “mentally colonised” of being responsible for the deepening poverty and inequality in our country. She did so without providing any facts or reasoned basis for her criticism.

There followed widespread critical reaction from civil society, her own government and from acting Chief Justice Raymond Zondo, who on Wednesday expressed the judiciary’s profound concern at her unsubstantiated and baseless “insults” against the integrity of the judicial branch of the state.

Sisulu insisted that she had written her initial op-ed in her individual capacity as an ANC member and as a member of its National Executive Committee, National Working Committee and the Social Transformation Sub-committee. While expanding her attacks to include stalwart Mavuso Msimang, who wrote an op-ed criticising hers, she again failed to take the opportunity to provide evidence of her dangerous allegations aimed at the institutions she swore a ministerial oath to protect — the Constitution, the rule of law upon which it is based and the judges who uphold both.

The rule of law and ubuntu

Sisulu acknowledged the transformative objectives of the Constitution, as set out in its founding values and principles, but claimed that the achievement of transformation has been thwarted by obstructive senior “African” judges whose minds are controlled by foreign ideas.

In doing so, she ignored the work of numerous senior jurists, many of them the same “Africans” she referred to, who have creatively interpreted our Constitution as a living document, a toolbox of human rights, values and principles waiting to be used by jurists of good will to realise “human dignity, the achievement of equality and theadvancement of human rights and freedoms”.

These judges have developed the Constitution, adapting it to the African context by recognising the quintessentially African value system of ubuntu as a constitutional value, and applying it in several landmark judgments.

Instead, as found by the Human Sciences Research Council and the University of Fort Hare (UFH) in the Constitutional Justice Project (CJP) undertaken for the Department of Justice and Constitutional Development, the reality is that the courts wield far less power than the government. Only the government can implement the judiciary’s most transformative judgments — the courts themselves lack the power to ensure that their decisions change government choices and conduct for the better.

The study reviewed 43 landmark decisions of the Constitutional Court and the Supreme Court of Appeal that dealt with socioeconomic rights and service delivery — directly related to poverty and inequality. The study included colloquia with a wide range of legal experts and interviews with 140 stakeholders, as set out in the table below. 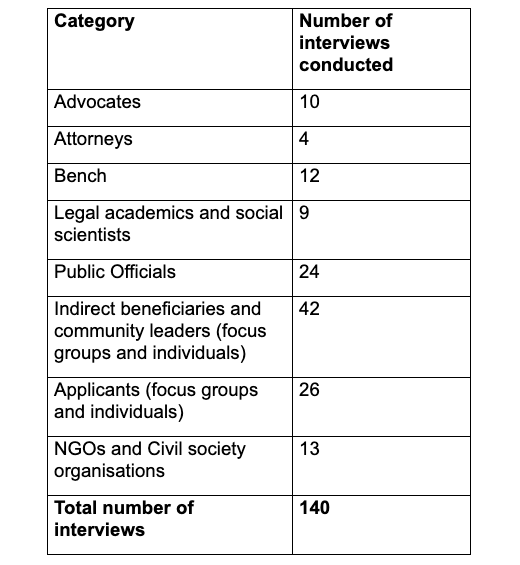 The CJP study made numerous findings, some of which are particularly pertinent here.

This last-mentioned finding is especially notable given the dangers attendant on the kind of baseless insults levied in Sisulu’s article.

Criticism of the judiciary

None of this should be understood to say, as Zondo acknowledged in his media conference on Wednesday, that the judiciary is beyond criticism. On the contrary, debate, disagreement and challenge are woven into the DNA of the court system, including in the form of appeals and reviews.

Beyond that, if the executive dislikes decisions by the courts it can ask the legislature to amend legislation (within the ambit of the Constitution), and the executive branch of government, like anyone else, is free to express disagreement, even vehemently, with judicial decisions — provided their disagreement is based on facts and reasoned argument.

The baseless nature of Sisulu’s attack on the integrity of the judiciary is further confirmed by the common occurrence of dissent between judges of the same court, including across racial lines. An example can be found in disagreement between judges of the highest court. In a recent decision by the Constitutional Court in Thubakgale and Others v Ekurhuleni Metropolitan Municipality and Others, Justice Steven Majiedt, writing for the minority (of four justices of several different racial backgrounds), expressed regret that the “litigants… have demonstrated that the state has not only failed to realise the fundamental right to access to housing, but has conducted itself in such a way that one can only reasonably conclude that it refuses to realise this right”.

Indeed, an argument has been raging among lawyers and academics for many years about the perceived undue deference of the judiciary — not to a mythical “imposed” constitutional settlement or to foreign ideas — but to a democratically elected executive which, the Constitution intends, should lead the country on its transformative journey towards dignity and equality — and ubuntu.

The Constitutional Court has gone out of its way to indicate clearly to the various governments of the day that the judiciary wants the executive to take the lead, to more proactively use the far more powerful instruments at its disposal — such as the Budget, policy and administrative authority — to show the way towards the Constitution’s promised land.

Blaming — and insulting — the Constitution and the judiciary for the country’s intractable difficulties against this background is both disingenuous and unacceptable.

Our research conducted in partnership with UFH over a period of three years with a team of 32 researchers from across South African research councils and universities proves that Sisulu is, quite frankly, wrong. DM

Professor Narnia Bohler-Muller is divisional executive of the Developmental, Capable and Ethical State research division of the HSRC, where advocate Gary Pienaar is senior research manager.