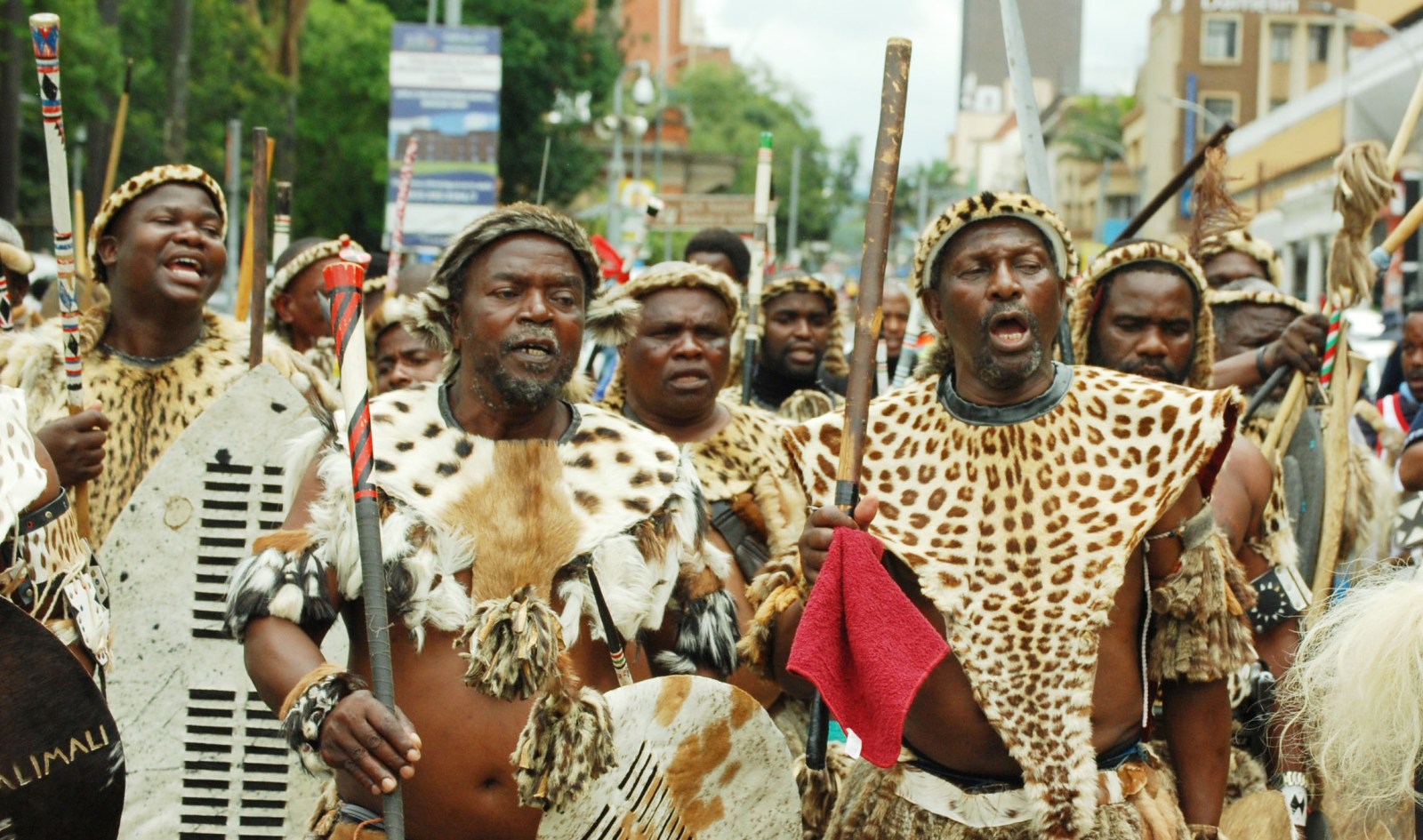 The Zulu nation could stay without an official king for months, if not years, while the succession battle rages on in the Pietermaritzburg High Court.

Several aspects of the disputes in a civil matter between factions of the Zulu royal family were debated on Tuesday and Wednesday in the Pietermaritzburg High Court.

In the first application, Queen Sibongile Dlamini Zulu, who married the late Zulu King Goodwill Zwelithini kaBhekuzulu in 1969, sought a declaratory order stating hers was the only valid and legal marital union with the late king, that the marriages of the late king’s five other wives be declared invalid and illegal, and that she is entitled to 50% of all the late king’s substantial estates, believed to be worth hundreds of millions.

The presiding judge in the matter, KwaZulu-Natal Deputy Judge President Isaac Madondo, ruled on Wednesday that Queen Sibongile could not amend her founding court papers, saying such amendments had been sought at the eleventh hour without any valid or adequate reasons for doing so.

After this ruling, the court heard applications by Queen Sibongile’s two daughters, Ntandoyenkosi Zulu and Ntombizosuthu Zulu-Duma, who are challenging the late king’s will and are asking the court to interdict the process that will culminate in the coronation of Prince Misuzulu Zulu as the next Zulu king.

Prince Misuzulu and the traditional prime minister of the Zulu Kingdom, Mangosuthu Buthelezi, have been cited as first and second respondents in both these applications.

King Goodwill Zwelithini died in March 2021 in a Durban hospital after suffering from Covid-19 and diabetes complications. In his will, the late king nominated his wife, Queen Mantfombi Dlamini Zulu (the sister of King Mswati of Eswatini) as the regent of the Zulus.

Queen Mantfombi died about a month later, on 29 April 2021. In her own will, which was read shortly after her funeral, she nominated her son Prince Misuzulu to take over the reign of the Zulu kingdom.

This announcement was greeted with mixed feelings by the members of the Zulu royal family, with some endorsing this nomination and others showing displeasure and/or total opposition.

In their application, the late king’s daughters contend that the signature on their father’s supposed will is forged and they want the court to hold a trial or hearing on the validity of this will. They also want the court to stop all processes about the Zulu royal succession until the matter of the will has been determined by the court.

The daughters are joined in court by Prince Mbonisi Zulu, the brother of the late king, both in questioning the validity of the will and in seeking a court interdict in the appointment of the new Zulu king.

Advocate Nigel Redman SC argued on behalf of the princesses that the signature on the king’s will could have been forged to achieve the objective of appointing Misuzulu as the new king.

Advocate Griffiths Madonsela SC argued that the court should dismiss the application by the princesses as they had failed to prove to the court how they would be adversely affected on both matters. Madonsela said the minutes of the meeting in which the late king’s will was read clearly show that not only did the two princesses participate, but they also endorsed the king’s appointment of Queen Mantfombi as the regent.

On Wednesday afternoon, Judge Madondo adjourned the proceeding, saying he wanted to be given some time to apply his mind to these matters. He did not say when the court would resume or when he would deliver his rulings.

Mpumelelo Zikalala, a Durban-based constitutional expert and legal commentator, said he expected the legal tussle between the royals to take months if not years to resolve.

“There are a number of issues that will need to be thrashed out and argued in court before they could be determined. These include the will and the nomination of the successor where witnesses will have to come and give oral evidence. This would take weeks, months and even years.

“Even when the ruling has been made, the losing side or sides are likely to take it up on appeal and this matter can go up to the Constitutional Court. The alternative would be when both parties abandon the court action and decide to sit down and resolve these matters amicably. But at the moment I don’t see that happening and the vacuum in the Zulu throne will remain for a longer time,” Zikalala said.

Prince Thulani Zulu, who spoke on behalf of the section of the Zulu royal family that supports the elevation of Prince Misizulu, and other members of the royals, including Prince Misizulu’s second wife, Nozizwe Mulela-Zulu, listened attentively to the proceedings in the court chambers.

Prince Thulani Zulu said they are happy with the hearings so far.

“So far our lawyers have handled this case very well and I think we are on the road to victory. We, as the Zulus, know who our king is. The undisputed king of the Zulus is King Misizulu. Others are just hallucinating.

“We are just tolerating this court process. When the time is right the Zulu people will install their king and nobody, including government, will say anything about it,” he said.

A group of Zulu maidens outside the court were led by Nomagugu Ngobese, a cultural activist and founder of the Pietermaritzburg-based Nomkhubulwane Culture and Youth Development Organisation. Ngobese said they came to show their support to Prince Misuzulu.

“He is our king… any other pretender is a fake. We Zulu are very proud people and we cannot be ruled by fakes,” she said.

Prince Thulani Zulu added that despite the KZN government switching off the financial taps that sustained the late king, the Zulu nation is still able to fulfil its duties.

He said the family will be commemorating the Battle of Isandlwana in northern KZN. The battle took place on 22 January 1879 where the Zulus, using spears and other traditional weapons, defeated the British Army that had invaded Zululand.

Prince Thulani Zulu said: “King Misuzulu will be presiding over this and other future ceremonies.” DM

A TIMELINE OF ROYAL INTRIGUES

Zulu King Cyprian Bhekuzulu dies of natural causes and a regent, Prince Mcwayizeni, is appointed as the Zulu regent. Intrigues in the royal house come to the fore when a plot to poison Prince Goodwill Zwelithini – to prevent him from ascending to the Zulu throne – is discovered and he is spirited away to live with his relatives in rural Mpumalanga (then Northern Transvaal).

Zulu prince and frontrunner to the throne of the Zulu, Goodwill Zwelithini, marries Sibongile Winifred, in community of property.

Prince Goodwill Zwelithini is crowned as the new king of the Zulus.

King Goodwill Zwelithini dies in a Durban hospital from Covid-19 and diabetes complications.

The official mourning for the Zulu king ends and the will of the late king is read to a meeting attended by members of the royal family. In the will, the late king nominates his wife as the regent of the Zulus.

Queen Mantfombi Dlamini-Zulu is buried in a private ceremony in KwaZulu-Natal after dying unexpectedly.

Queen Mantfombi’s will is read by Zulu royal family lawyers. In her will, she names her son as the successor to the Zulu monarch. This is accepted by some members of the Zulu royal family, while others reject it out of hand.

Queen Sibongile Dlamini applies for an urgent court interdict seeking to set aside the implementation of the late king’s will.

Two of the late king’s daughters, princesses Ntombizosuthu and Ntandokayise, launch a separate court application challenging the validity of their father’s will and interdicting the process of installing the new Zulu king.

Prince Mboniso Zulu, the late king’s half-brother, launches an urgent court interdict to prevent the process leading to the coronation of Prince Misuzulu as the new Zulu king.

The Pietermaritzburg High Court hears arguments and counter-arguments on various aspects of the Zulu royal family disputes. Judgment on the matters is reserved. DM