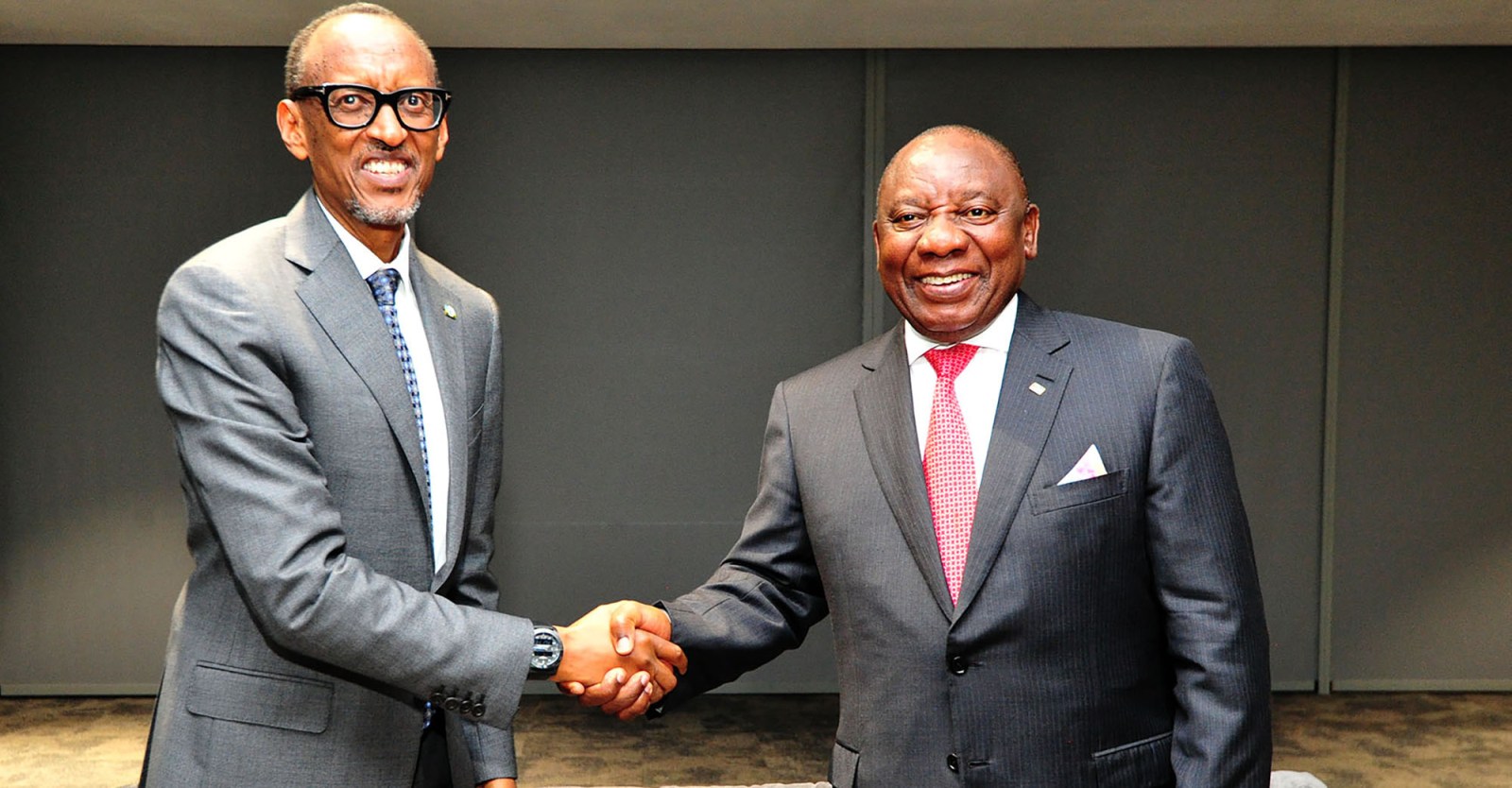 South African President Cyril Ramaphosa and President of the Republic of Rwanda Paul Kagame at the Cape Town International Convention Centre in the Western Cape, South Africa, ahead of the Young Presidents' Organisation dinner on 6 March 2019. (Photo: GCIS)

The failure of southern African and Rwanda to coordinate their military interventions against Islamist insurgents in northern Mozambique could jeopardise the overall mission.

This week, Mozambique’s President, Filipe Nyusi, met separately with Rwandan President Paul Kagame in Kigali and with the leaders of the Southern African Development Community (SADC) in Lilongwe, Malawi, to discuss the war against the Al-Sunnah-wa-Jama’ah insurgents, who are affiliated to the Islamic State.

In Lilongwe, the SADC leaders agreed to extend the deployment of the SADC Mission in Mozambique (Samim). Both the RDF and Samim have been in Mozambique since July last year.

The communiqué from the SADC summit did not say how long Samim’s mission had been extended for, but officials present said Samim would stay for another three months in its current form. This consists of mainly special forces from South Africa, Botswana, Tanzania and Lesotho conducting search-and-destroy missions against the insurgents. After that, the mission would be expanded to include infantry to consolidate territory seized from the insurgents and to reestablish civil infrastructure. Then the mission would be reassessed in July.

But, surprisingly to many observers, Rwanda and the SADC were not represented at each other’s meetings. This has raised concerns not only about dangers to the military mission but also to human rights and transparency of governance of the efforts to restore peace to the war zone, which is mainly in Mozambique’s northernmost province of Cabo Delgado.

Adriano Nuvunga, executive director of the Centre for Democracy and Development in Mozambique’s capital, Maputo, asked on Thursday why Kagame had not been invited to the SADC summit in Lilongwe “so they could have one meeting instead of two”.

Speaking at a webinar organised by the Southern African Liaison Office and the Open Society Initiative for Southern Africa, Nuvunga noted that Rwanda had neither been mentioned at this week’s SADC summit, nor at the last one, held in October last year, when SADC leaders decided to extend Samim’s deployment for three months, until January 15.

“Rwanda seems the… elephant in the room,” he said. “They don’t talk about it.”

Nuvunga said the failure of the SADC to engage Kagame and of Mozambique to reveal the terms of its agreement with Rwanda was raising concerns by Mozambicans about what Rwanda’s responsibilities were. It was also raising concerns about human rights accountability.

An official confirmed that Rwanda’s deployment had not been discussed at the Lilongwe summit. “It’s very unlikely that will ever come up,” he added, saying that the Samim and Rwandan militaries were coordinating in the field, so it was not necessary for the political leaders to cooperate.

However, Liesl Louw-Vaudran, a senior researcher at the Institute for Security Studies, said it still did not make sense that Kagame and Rwanda were not being included in the SADC discussions about overall strategy.

“I think if [South African President Cyril] Ramaphosa invites Kagame to the next event, he can better control the narrative and make clear this is an SADC issue,” she said.

Louw-Vaudran added that she thought the lack of communication between the SADC and Rwanda was related to bad blood between Rwanda and South Africa over Pretoria’s belief that Kagame has targeted Rwandan dissidents in South Africa. This includes the murder in a Sandton hotel in 2013 of former Rwandan intelligence chief Patrick Karegeya.

The then defence minister, Nosiviwe Mapisa-Nqakula, made it very clear in July last year that SA was unhappy about Rwanda deploying its military in Cabo Delgado before the SADC did.

Louw-Vaudran said, though, that regardless of such tension, Kagame should have been at the SADC summit, as coordination of the troops was vitally important and Rwandan forces were playing a very important role in the fight against the insurgents.

The SADC summit communiqué also failed to provide details about the financing of Samim. However, some sources have said it was agreed that an extra $29.5-million would be budgeted for. This appears inadequate to most observers, particularly as the special forces that have been fighting for six months complain that they are wholly underequipped. For example, two South African Oryx utility helicopters are transporting the special forces of four different countries. DM