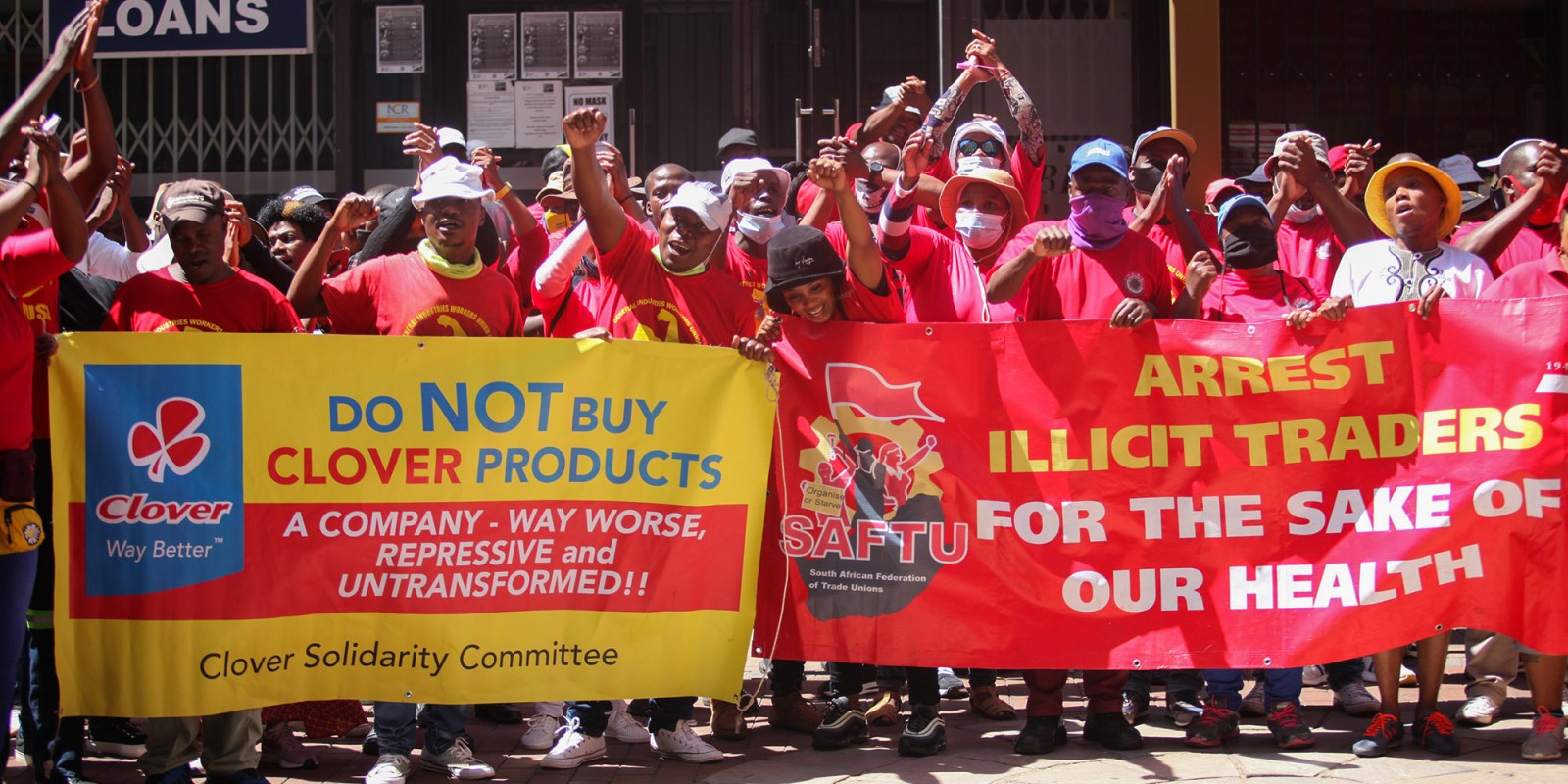 The creation of 550 permanent jobs over five years was promised by Clover when it was being acquired in 2019 by a group of investors, led by Israeli-based Central Bottling Company. Two years later, trade unions representing Clover workers claim that no jobs have been created. Instead, Clover is cutting jobs.

When Clover was being acquired by a group of investors in 2019 for R4.8-billion, the beverage and dairy group made a big commitment to SA’s competition authorities that it would create permanent jobs and protect existing ones.

Two years after Clover was successfully acquired and delisted from the JSE, the company has been accused by trade unions of reneging on its job creation targets because it is embarking on mass retrenchments arising from the restructuring of its operations.

About 2,000 Clover workers have downed tools for nearly 10 weeks in protest over, among other things, job losses arising from factory closures, salary cuts and work conditions that have allegedly worsened since the company was acquired by a consortium called Milco SA, which is led by Central Bottling Company (CBC). CBC is an Israeli-based manufacturer and distributor of soft drinks, dairy products and alcoholic beverages.

Clover hasn’t clarified the exact number of jobs that have been affected in recent months and how many jobs it plans to cut in the future because of its restructuring process that is aimed at stemming the tide of its financial pressures.

But trade unions representing Clover workers, including the General Industries Workers’ Union of SA (Giwusa) and the Food and Allied Workers’ Union (Fawu), said 800 workers had already been dismissed, while 800 more had accepted voluntary severance packages. More jobs, according to the trade unions, are under threat.

The purchase of Clover by Milco was heavily scrutinised by the Competition Commission and Competition Tribunal because it was a substantial deal and had the potential to affect competition dynamics in SA’s beverage and dairy industry.

But job losses were already identified by Clover even before Milco approached it with a merger proposal. In 2017, Clover launched an initiative to review its assets (factories, production lines, warehouses and trucks) and find ways to better use them and reduce costs in the process.  This two-phase workstream was called Project Sencillo, which identified cost-reduction initiatives such as retrenching 516 Clover workers.

The Competition Commission objected to the number of planned retrenchments, calling it “substantial”. The Competition Tribunal then recommended that Clover and Milco not retrench any workers due to the completion of Project Sencillo for three years, effective from the date of the merger being completed.

To allay the concerns raised by the Competition Commission, Clover and Milco reduced the planned number of job losses arising from Project Sencillo from the original 516 to a maximum of 277.

Both companies also committed to creating 550 new permanent jobs five years after the approval and completion of the merger. These jobs – consisting mostly of sales representatives, drivers, and van assistants – would be created through Clover’s plans to expand the distribution of its products in under-served areas that target low- and middle-income consumers.

But trade unions (Giwusa and Fawu) have argued that Clover has “failed” to deliver on its job creation targets. It has instead focused on cutting jobs to reduce labour costs by R300-million and increasing productivity among its workers by introducing a six-day workweek with compulsory work on public holidays.

Fawu said Clover workers were offered the option of accepting a 20% wage cut or being retrenched. During negotiations, a majority of workers rejected this offer but Clover continued with its restructuring process, which sparked a strike that is now eight weeks old.

The dispute is also about wage increases: Clover offered workers a backdated adjustment of 4.5%, effective from 1 July 2021, but workers rejected the offer and tabled a demand of 10%.

Clover rejected an interview request, referring Business Maverick to a statement issued by the company earlier this week.

In the statement, Clover said it had “explored all possible avenues to minimise retrenchments” but could not avoid lay-offs.

It said retrenchments were “necessary to enhance Clover’s resilience for the benefit of its collective stakeholders. Clover … has been subject to a difficult trading cycle for several years, where economic growth has been poor, costs have generally been rising above inflation and consumer spending has been subdued. Covid-19 has added to these pressures and the uncertainty faced.” DM/BM