The long wait for education: Joburg parents queue in desperate effort to place their children in schools 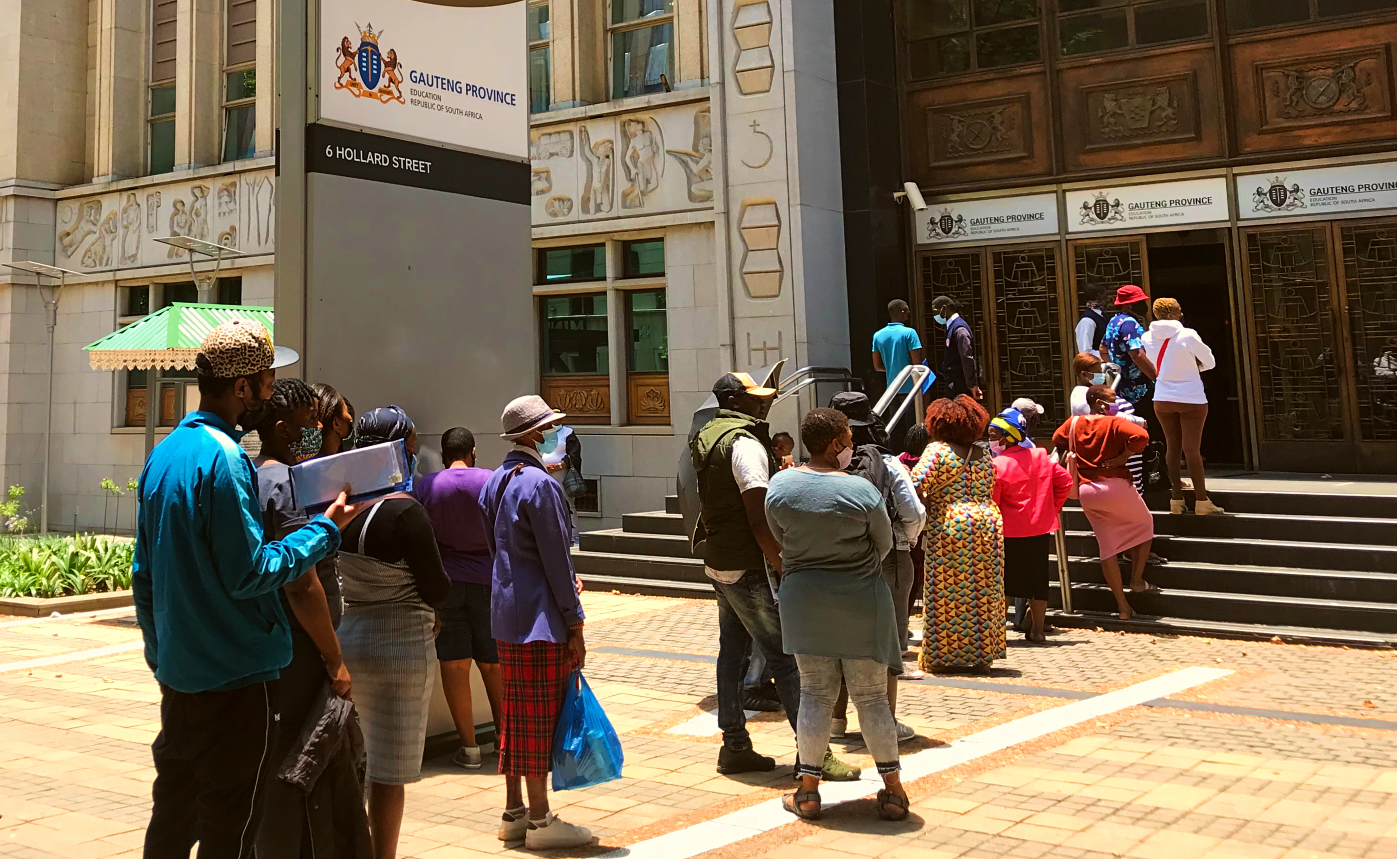 MEC for Education Panyaza Lesufi says the number of unplaced learners is down to 700 this year compared to 35,000 last year.

Parents and guardians of unplaced learners stood in a snaking queue outside the Gauteng Department of Education’s office in Marshalltown, Johannesburg on Wednesday. They are hoping to find space in schools for their children. State schools in inland provinces reopened on Wednesday.

Some people said they arrived as early as 6am to avoid queueing for hours in the sun while waiting to be helped. A few children dressed in school uniform joined their parents and guardians in the queues.

One parent who did not want to be named said she applied online for her child in October last year but her child was not placed in a school.

In neighbouring Braamfontein, Thembi Maseko said she was frustrated by the application process as she has not yet found a place for her child who is supposed to start grade 8. Her child has special needs and the schools that had been offered to her were unsuitable. Maseko was one of about 50 people outside the department’s district offices in Braamfontein.

The unemployed mother of two said she would not leave the office until she was sure that her child was placed in a school because she cannot afford to keep travelling to the district offices from Soweto.

Some parents claimed that they were referred to district operations centres where officials from the provincial education department are stationed to assist with applications. But they were told to return to the district offices, unassisted.

Vanessa Mdluli, who had applied online for her child, said she went to one of the district operation centres on Monday but there was no one there to assist her. Her child was placed in a school where the medium of instruction is in a language she doesn’t understand. “I went to the school and they told me that she won’t cope. Now we have to look for space at another school,” she said. Returning to the offices for the second time this week, she said the process has been “exhausting and draining”.

She suggested that the process would be more efficient if parents could go directly to schools to apply.

Lesufi said the department is committed to placing the 700 learners before the end of January.

The online portal for late applications for the 2022 academic year for grade 1 and grade 8 in Gauteng also opened on Wednesday. The applications will remain open for the next 16 days. DM