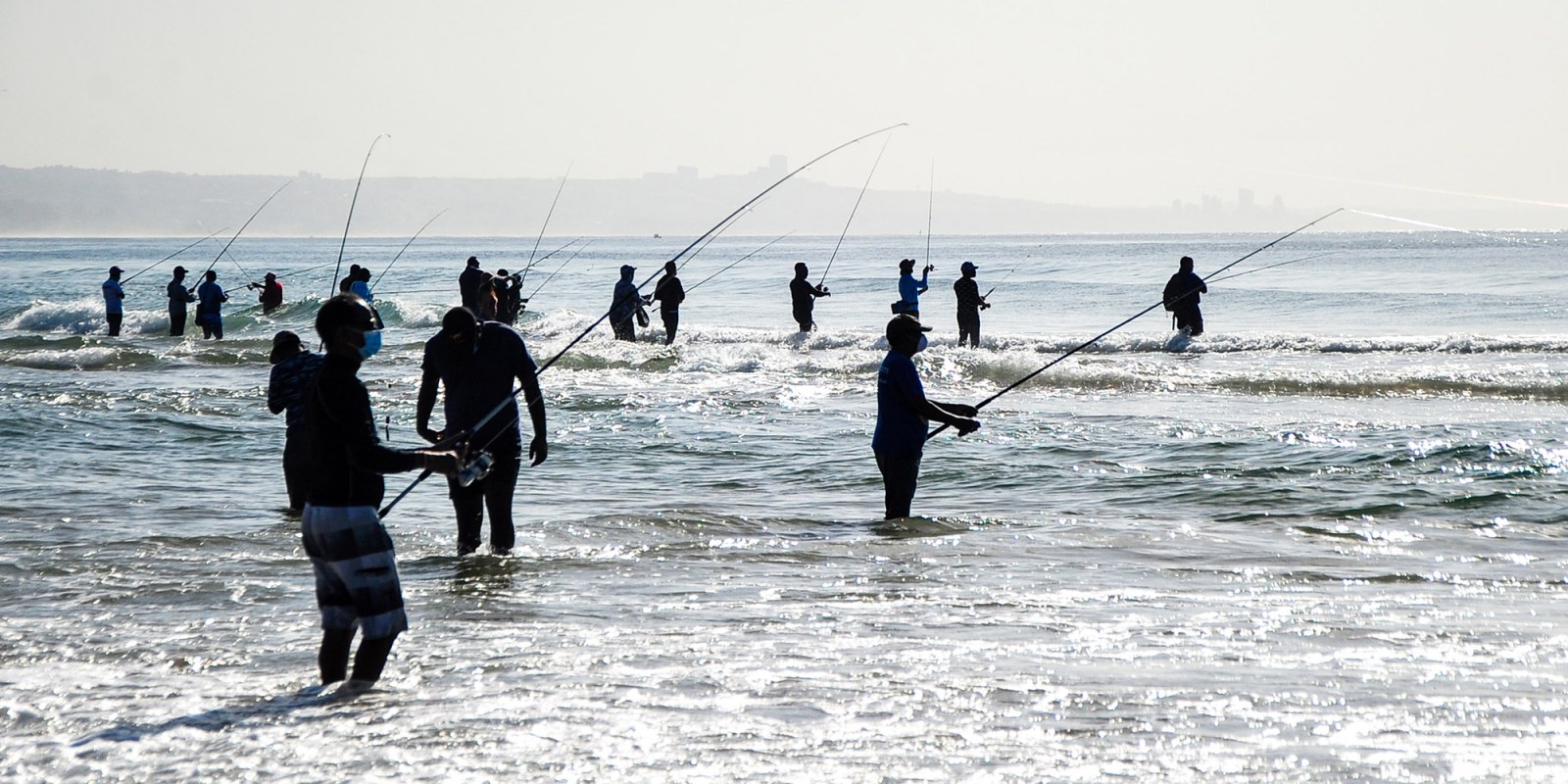 Most fishers in the area are unemployed and rely on fishing to feed their families.

Durban fishers say life has been a struggle for them and their families as they try to deal with the effects of the closure of beaches in the city.

This is after the eThekwini Municipality announced that it was closing several beaches on Friday, 7 January because of high levels of E coli in the water.

He said high levels of the bacteria had been compounded by the increasing vandalism of one of “the city’s sewage pump stations and abnormal heavy rains that are unceasingly washing waste from multitudes of informal settlements along the Umgeni River to the river”.

While the city says that E coli levels seem to be decreasing in all the beaches that have been closed, the situation is affecting the livelihoods of local fishers.

Riaz Khan, the chairman of the KZN Subsistence Fishing Forum, said most fishers in the area were unemployed and relied on fishing to feed their families.

Khan said that the closure of beaches meant that fishers had to make costly transport arrangements to get to other beaches, such as those on the South Coast.

“Most of these guys live from hand to mouth. Imagine that if you live in Phoenix you have to travel all the way to Port Shepstone to fish. It is often hard for them to go to areas like Umkomaas because it is not safe,” he said.

Khan said travelling from Phoenix to fish in Port Shepstone could cost as much as R140, which most of the fishers cannot afford.

“What is sad about this is that fishermen do not get any handouts from the government. They don’t get any assistance or any allowances. Fishing is their only source of income,” said Khan.

Fisher Layla Abrahams (57) said she and her husband mostly stay at home now that they can no longer fish.

She and her husband rely on fishing to feed their family. Her 38-year-old daughter also fishes to make a living. The family now survives on her husband’s pension.

“It is sad that the government doesn’t even compensate us for the trouble we go through,” she said.

“I’m a fisher lady. I help my husband and daughter. I have been doing this since I was 28 years old.”

Abrahams said the municipality “closed the beaches last week and said they wanted to test the water. They then opened the beaches, saying they found no problems in the water. All of a sudden they close the beaches again and tell us there are high levels of E coli.”

The municipality has urged the community to use alternative beaches, such as Umhlanga Main Beach, Westbrook Beach, Umdloti Beach, Point Beach, Brighton Beach and Pipeline Beach.

Mayisela said work to install a new transformer at the Johana Road sewage pump station was at an advanced stage.

“The pump is expected to start operating in full swing before the end of this week.”

He said the municipality was aware that the closure of the beaches was frustrating to the public, but it was a precautionary measure to guard against beach users falling ill. He said more tests would be carried out and the outcome would be publicised.

Desmond D’Sa, coordinator of the South Durban Community Environmental Alliance, said it was clear that the city could not manage its beaches and oceans.

“eThekwini has failed to provide leadership in regard to closure of the beaches, but also the hazardous waste and the sewage waste that’s being pumped into our rivers and on to our beaches,” he said.

He said Durban beaches, which have Blue Flag status, should be among the best in the world, but “people are swimming in sewage and in chemicals”. DM/OBP