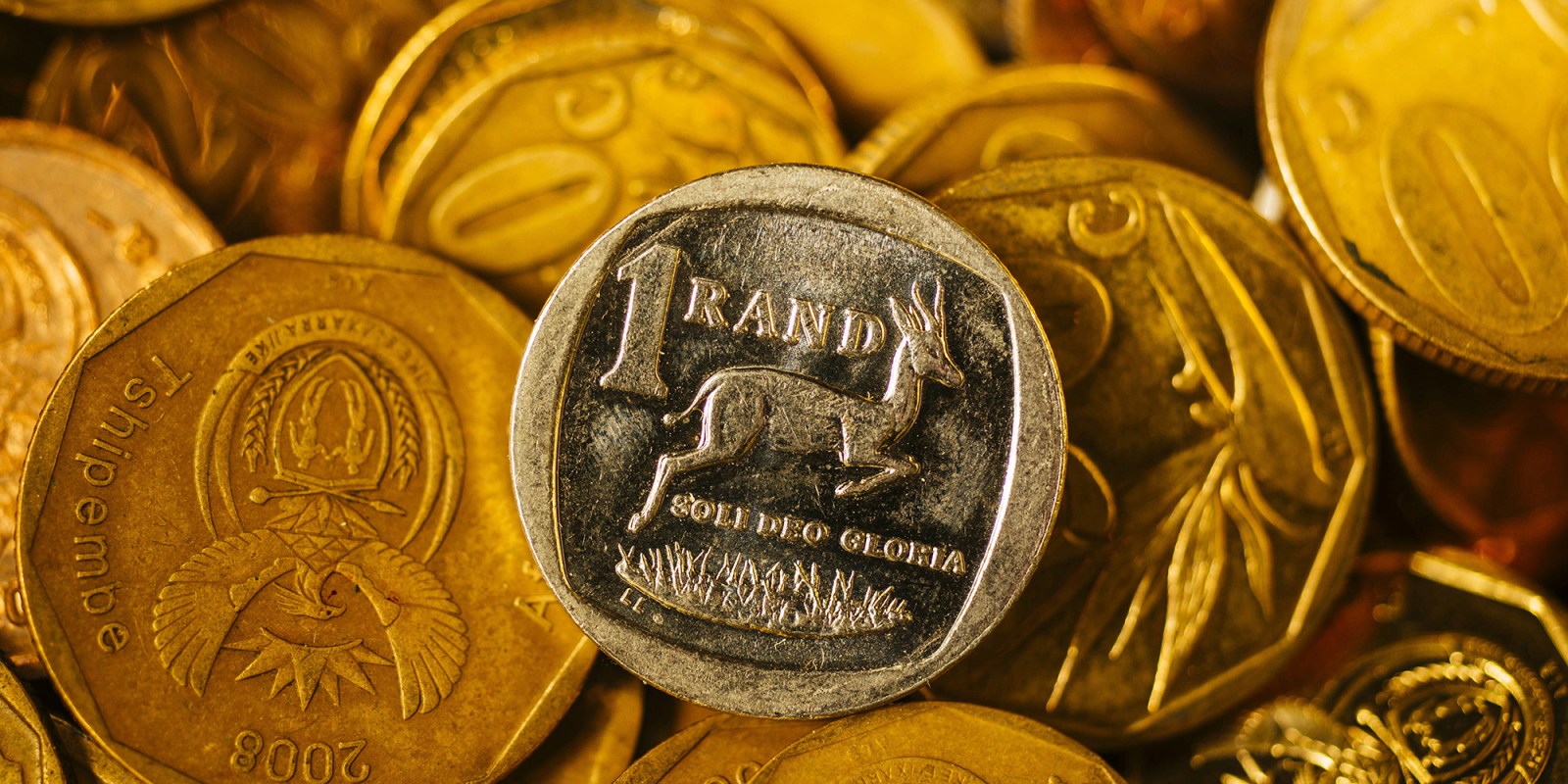 Compiled by the World Economic Forum’s (WEF’s) Global Risks Advisory Board, together with Marsh McLennan, SK Group and Zurich Insurance, the report paints a picture of a world still reeling from the aftermath and continued havoc of a pandemic.

“Failure to act on climate change could shrink global GDP by one-sixth and the commitments taken at the 26th UN Climate Change Conference (COP26) are still not enough to achieve the 1.5°C goal. It is not too late for governments and businesses to act on the risks they face and to drive an innovative, determined and inclusive transition that protects economies and people,” he says.

South Africa was identified as one of 31 countries, including Argentina, France, Germany and Mexico, with high risks around the erosion of social cohesion.

Spiros Fatouros, chief executive of Marsh Africa, pointed out that disparities that already existed before the Covid-19 pandemic are now widening.

“Globally, there’s 51 million more people that are projected to live in extreme poverty,” he says. South Africa’s unemployment levels reached a record of 34.9% in the third quarter of last year.

Chief economist at Stanlib Kevin Lings says while the latest bout of job losses can largely be attributed to the widespread unrest and looting in July last year, the overall level of unemployment is disastrous, particularly when one considers that about 550,000 to 600,000 people enter the labour force each year. 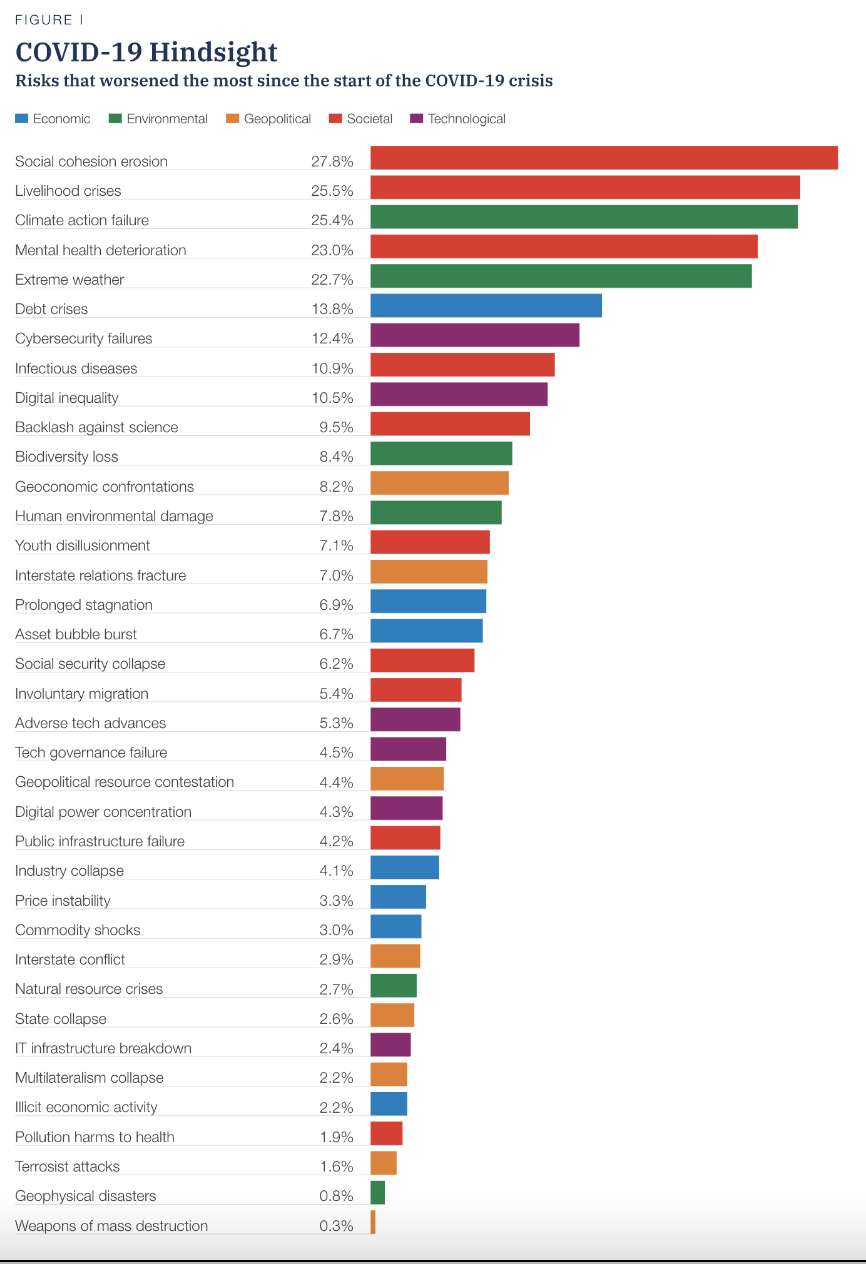 “Greater trust will help drive change in the economic landscape as companies start delivering on commitments. Delivery and execution on the part of both governments and the private sector is more likely to happen with increased trust levels on both sides,” she says.

When it comes to corruption, the recently released initial report from the Zondo commission highlights that no politically connected individuals have been prosecuted to date.

Responding to the report, Cas Coovadia, chief executive of Business Unity South Africa, says it is clear that business must use the report “for… introspection and develop a position that reflects serious consideration of the involvement of businesses in the State Capture saga”.

Load shedding remains a top concern when it comes to infrastructure issues. Eskom tariffs may increase by more than 40%, despite the fact that load shedding on the scale seen last year is likely to continue for at least the next two years.

“There is no doubt that public-private partnerships are key to fixing some of our challenges. However, we need to create the right framework and encourage engagement with a positive platform for collaboration in order to move forward,” Fatouros says.

Although mental health problems were highlighted globally and not singled out as a risk for South Africa, this too is an issue of local concern. The South African Depression and Anxiety Group (Sadag) reports that its helplines have received more than 466,400 calls since January 2021, with one in every five calls related to suicide.

“We are continuing to see an increase in the number of calls to our helplines each and every day, with 1,800 to 2,200 daily incoming calls,” says Cassey Chambers, operations director at Sadag.

With the national lockdowns over the last two years, illicit trade has burgeoned, particularly in the alcohol and tobacco industries. Kurt Moore, chief executive at the South African Liquor Brand Association, went on the record in February last year stating that roughly 15% of market share could be accounted for by illicit trade or organised crime, which seemed to have flourished during the lockdown period.

There is no doubt that the pandemic has taken its toll on a country that was already facing numerous challenges. Decisive action by both the public and private sector is the catalyst needed to propel change in the right direction.

Now in its 17th edition, the report encourages leaders to think outside the quarterly reporting cycle and create policies that manage risks and shape the agenda for the coming years. It explores four areas of emerging risk: cybersecurity, competition in space, a disorderly climate transition and migration pressures, each requiring global coordination for successful management.

“Health and economic disruptions are compounding social cleavages. This is creating tensions at a time when collaboration within societies and among the international community will be fundamental to ensure a more even and rapid global recovery.

“Global leaders must come together and adopt a coordinated multistakeholder approach to tackle unrelenting global challenges and build resilience ahead of the next crisis,” said Saadia Zahidi, managing director of the WEF.

“With cyberthreats now growing faster than our ability to eradicate them permanently, it is clear that neither resilience nor governance are possible without credible and sophisticated cyber-risk management plans.

“Similarly, organisations need to start understanding their space risks, particularly the risk to satellites on which we have become increasingly reliant, given the rise in geopolitical ambitions and tensions.” BM/DM