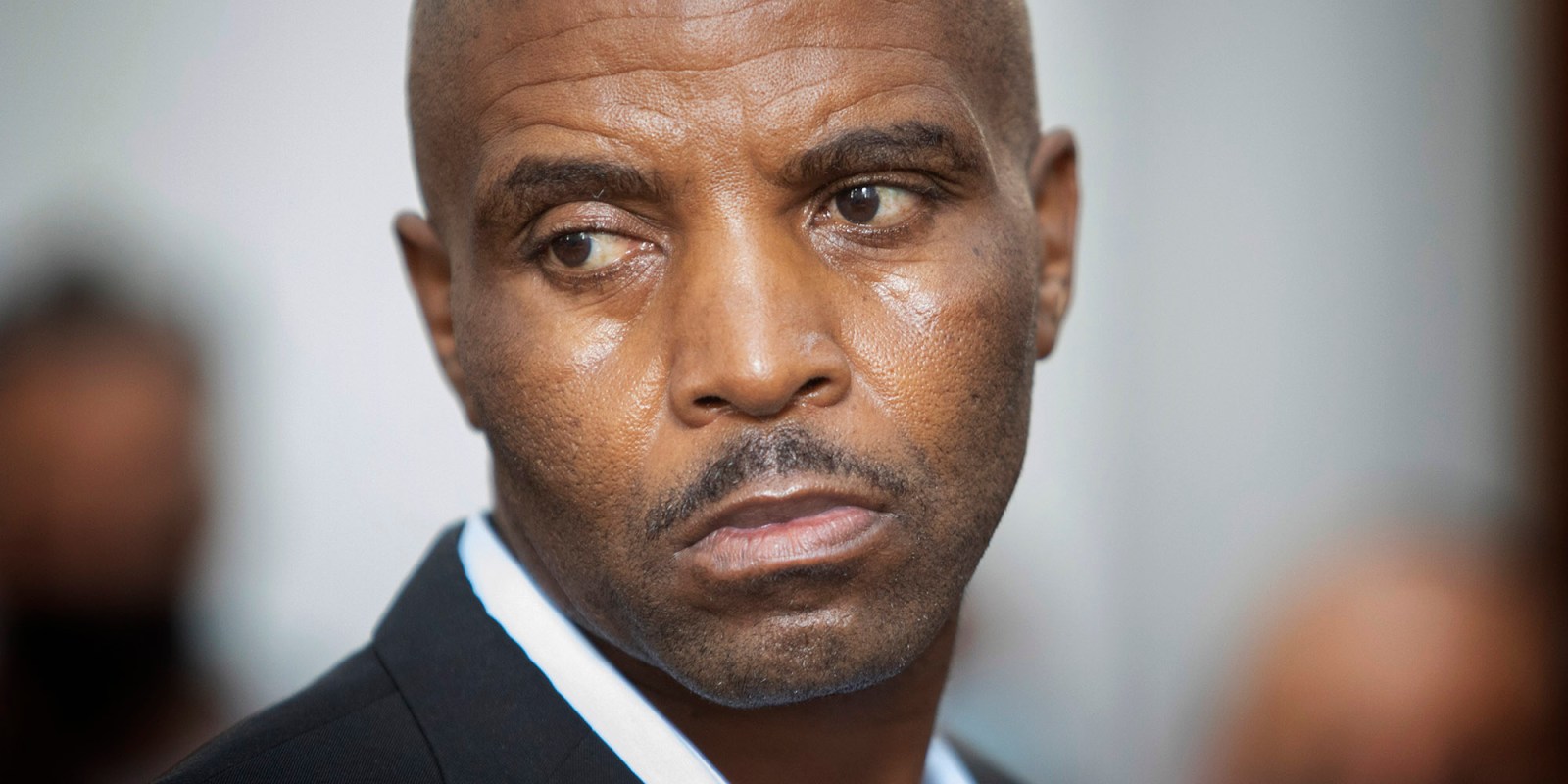 The man accused of setting Parliament on fire has gone on a hunger strike and will only stop once his bail application has been dealt with.

This was the stance Zandile Mafe (49) adopted in the Cape Town Magistrates’ Court after the State brought new evidence against him on Tuesday, 11 January.

Prosecutor Helene Booysen submitted an assessment report from a district surgeon declaring that Mafe is suffering from paranoid schizophrenia. This implies that due to his mental state he may not be fit to stand trial.

The State then dropped another bombshell when Booysen informed the court that the charge of destruction of essential infrastructure had been dropped and substituted with contravention of the Protection of Constitutional Democracy against Terrorist and Related Activities Act No 33 of 2004.

This charge reads: “In that upon about 2 January 2022 and at or near Parliament Cape Town, in district Cape Town, the said accused did unlawfully and intentionally deliver, place, discharge or donate an explosive or other lethal device in, into or against a place of public use, a state or government facility, or an infrastructure facility, the Parliament Building, with the purpose, amongst others, of causing extensive damage to or destruction of such a place, facility or system, where such destruction resulted in or likely to result in major economic loss.”

This is a schedule 6 offence which shifts the onus to the accused to adduce evidence to show that exceptional circumstances exist which permit his release on bail.

Booysen added that, suffice it to say, based on the mental assessment report, the accused will not be fit to stand trial.

“Your Honour, it is the State’s respectful submission that the accused be referred to Valkenberg Hospital for a 30-day observation period. At this stage it would be a waste of time to continue with Mafe’s bail application only to hear a month later that he is not fit to stand trial,” she said.

“Your Honour, we have been informed by the chief at Valkenberg Hospital that as soon as bed becomes available they will admit the accused for observation.”

But senior counsel Dali Mpofu was unimpressed by what transpired in Court 16 on Tuesday. Having been ready to argue for the client’s release on bail, he was caught off guard by the new documents handed in by the State.

He told the court: “The manner in which these new documents were presented is unacceptable. This information given to court is seen by the defence as an ambush.”

Based on the new evidence handed in, Magistrate Zamkelie Mbalo granted a short adjournment to allow Mpofu and advocate Luvuyo Godla to consult with Mafe.

After the restart Mpofu told the court: “It is the instruction from my client to inform this court there is nothing wrong with him. My client will immediately go on a hunger strike until his bail hearing has been heard.”

Mpofu told the court that it is travesty of justice that his client’s bail application has not been heard after 10 days.

National Prosecuting Authority spokesperson Eric Ntabazalila explained to Daily Maverick that the State tabled the results of observations from a district surgeon, which suggest that Mafe suffers from paranoid schizophrenia.

Outside court a small group, including homeless people, protested and called for Mafe’s immediate release. Bianca Booysen, a Stellenbosch community activist, said she had expected more citizens and political officials to be in court.

Booysen argued that Mafe’s case is indicative of a wider, oppressive social structure, one that demands that citizens show up and protest together.

Joscelyn Beukes, from the Black Consciousness Movement, told Daily Maverick that it seems Mafe is being framed for what may be a broader issue.

“From where we’re standing, yes he is being used as a scapegoat. The allegations that Mafe is a spy are ridiculous and unbelievable.

“I hate it when vulnerable people are being taken for a ride just because they’re vulnerable,” she said.

Lwando Wole, the Pan Africanist Congress of Azania’s regional deputy chairperson, and provincial chairperson Soso Kuni said: “As far as we’re concerned he’s not guilty. The only crime that he’s charged for is being African and poor, in this anti-African society.”

The magistrate ordered that Mafe be sent for 30 days’ observation at Valkenberg Hospital. He will be back in court on Friday, 11 February. DM