SA BUSINESSPERSON OF THE YEAR 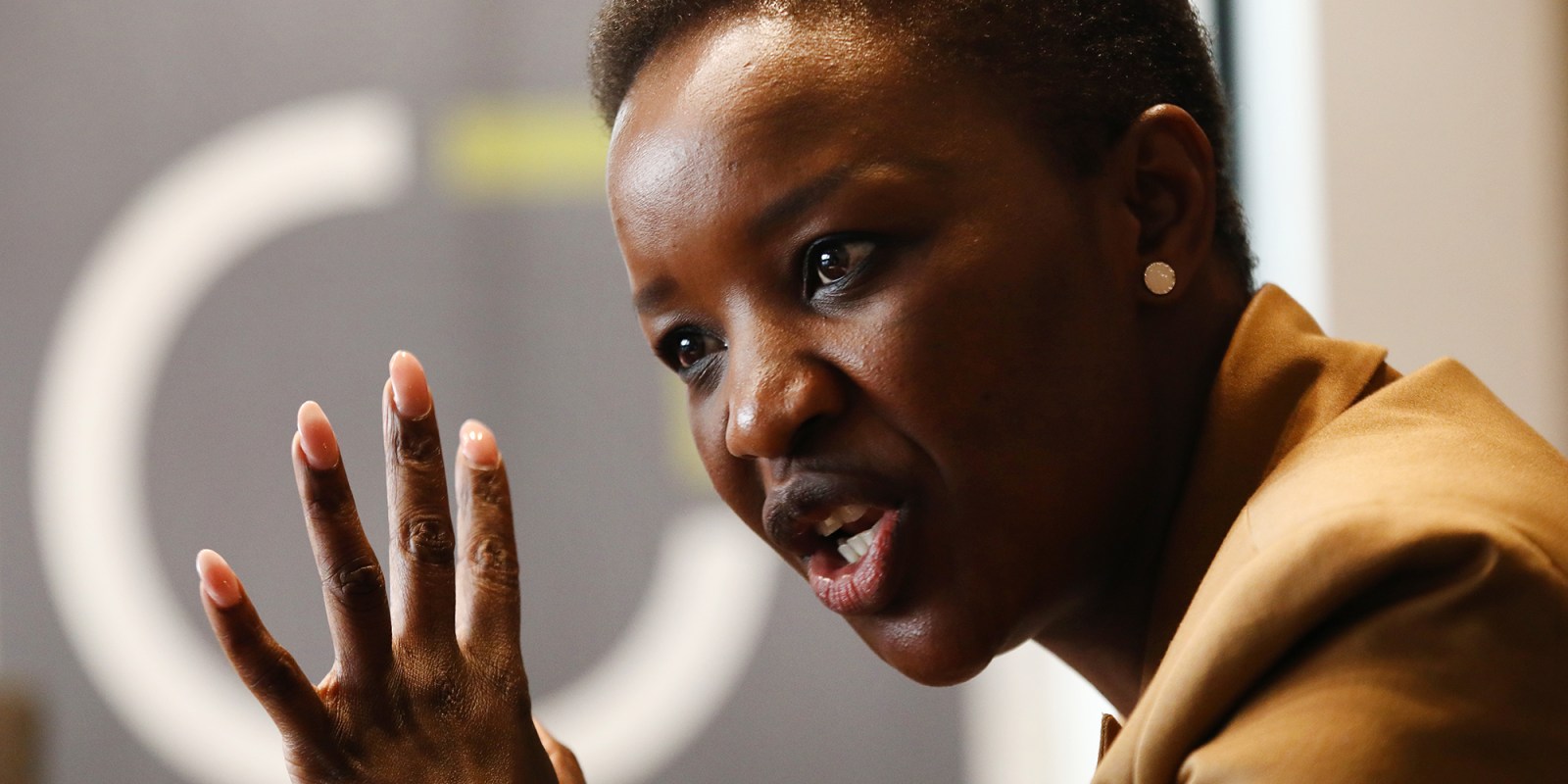 Questions have been raised about the selection by Business Maverick of Busi Mavuso, CEO of Business Leadership SA, as a runner-up in our most recent Businessperson of the Year nominations.

For the second year in a row, the Business Maverick team has selected their Businessperson of the Year, and runners-up, with the stories celebrating those people and their achievements run in the bumper Christmas/New Year issue of our newspaper, DM168.

As one can imagine, there are many contenders for the award and the debate over who that person should be is vigorous.

Our runner-up that year was Martin Kingston, chair of the steering committee of Business for South Africa, the agnostic, virtual platform that was designed to pull business resources and capacity behind public sector initiatives. In this role, he achieved what many thought was impossible — genuine public and private sector collaboration.

This year, we did it a little differently, some would say democratically, when we invited our readers to propose nominees and then to vote on them.

Thus in 2021, the selected Businessperson of the Year was not one person but a collective — spaza shop owners — who rallied during 2020 and 2021 in support of their local communities. The runners-up were Wendy Alberts, CEO of the Restaurant Association, who campaigned tirelessly for lockdown restrictions that would not harm the restaurant industry, and Busi Mavuso, CEO of Business Leadership SA (BLSA), who has never been afraid to speak truth to power. This is a quality that is in short supply in a business environment, where leaders prefer to keep their heads below the parapet.

However, subsequent to the publication of these articles, many readers have questioned the selection of Mavuso as a runner-up. The reason for their questions has nothing to do with her views on vaccine passports, the preservation of institutional integrity, labour legislation or structural reform, and everything to do with Bain & Company and the shameful role it played, along with Jacob Zuma and Sars Commissioner Tom Moyane in the destruction of SA’s once highly regarded tax authority.

This is a topical subject right now. In the first of three reports from the State Capture inquiry, released last week, Deputy Chief Justice Raymond Zondo dedicated 87 hard-hitting pages to the capture of  the SA Revenue Service (SARS) and the sins of its then commissioner Tom Moyane. Justice Zondo found that Bain & Company, through its devastating restructuring project, was instrumental in allowing Moyane and his acolytes to assume control of the organisation. In the process, SARS was hollowed out, losing more than 2,000 tax professionals and investigators. Justice Zondo recommended that all Bain’s contracts with state departments and organs of state be re-examined for underhand tactics.

It is in light of these revelations against Bain, which were first aired by the Nugent Commission of Inquiry in 2018, that some readers have an issue with Mavuso.

In 2018, BLSA suspended Bain & Co over its involvement in the breakdown of SARS. At the time, the Nugent Commission had recommended the possibility of criminal prosecution for the awarding by Moyane of a contract to Bain & Co for the restructuring of SARS. The BLSA, over which Mavuso presided, was scathing of Bain, stating that Bain had aided the collapse of a “well-oiled, perfectly functioning” entity in SARS. Bain’s actions, the BLSA said, “will have long-term devastating effects, not only on SARS but the country as a whole”. It urged Bain to fully disclose its involvement in the SARS matters to law authorities, assist the country to cleanse itself of State Capture, and pay back in full all consulting fees earned, together with interest.

In September 2021, the BLSA lifted its suspension of Bain, following “various discussions with listed companies, multinationals based in SA and Bain itself”.

“We believe that who is at the helm matters,” Mavuso told Business Maverick. “Leadership can make or break an organisation. We know this only too well in South Africa where we are trying to pull ourselves back from our lost decade where having the wrong leaders in place allowed the country to be looted from top to bottom.”

BLSA, she said, had decided to bring Bain back into its fold following an independent investigation by law firm Baker McKenzie, which detailed Bain’s involvement in bringing SARS to its knees and the interventions that the management firm had since put in place following the scandal to remedy the situation. These included firing its former managing partner in SA, Vittorio Massone, and replacing him with Tiaan Moolman.

“We went through the same journey with KPMG,” Mavuso says. “The fees must be paid back, the leaders involved must be appropriately dealt with — that means getting rid of them and, where necessary, fraud cases opened against them to ensure they end up in orange overalls. We are not being protective. We are clear the full might of the law must take effect.”

However, Athol Williams, a former Bain employee-turned-whistle-blower, questioned BLSA’s decision, arguing that Bain had not been transparent at the Nugent Commission of Inquiry and that Baker Mckenzie is hardly independent considering it was also Bain’s legal adviser during the inquiry. He maintains that Bain’s efforts to transform are token efforts.

Mavuso does not share this view. “We haven’t seen anything that taints the current leadership. Bain has taken action against the previous leaders, it is cleaning up its act and, if they find evidence of further wrongdoing, they will act.” The BLSA supports the recommendation of the State Capture commission that all of Bain’s public sector contracts should be examined. “If evidence comes to light that the company is not conducting its operations with integrity, we will take action. We will expel them; we won’t even suspend them.”

Mavuso’s decision would have been backed by the BLSA board, which includes the likes of Lungisa Fuzile, CE of Standard Bank; Mike Brown, CE of Nedbank; Leila Fourie, CEO of the JSE; and Nolitha Fakude, chair of Anglo American. However as CEO, she must take responsibility for the decisions made by the organisation — she is the operational head and its public face.

Business Maverick has stopped short of calls to rescind the award. However, we note that this was a controversial decision under the circumstances. BM/DM