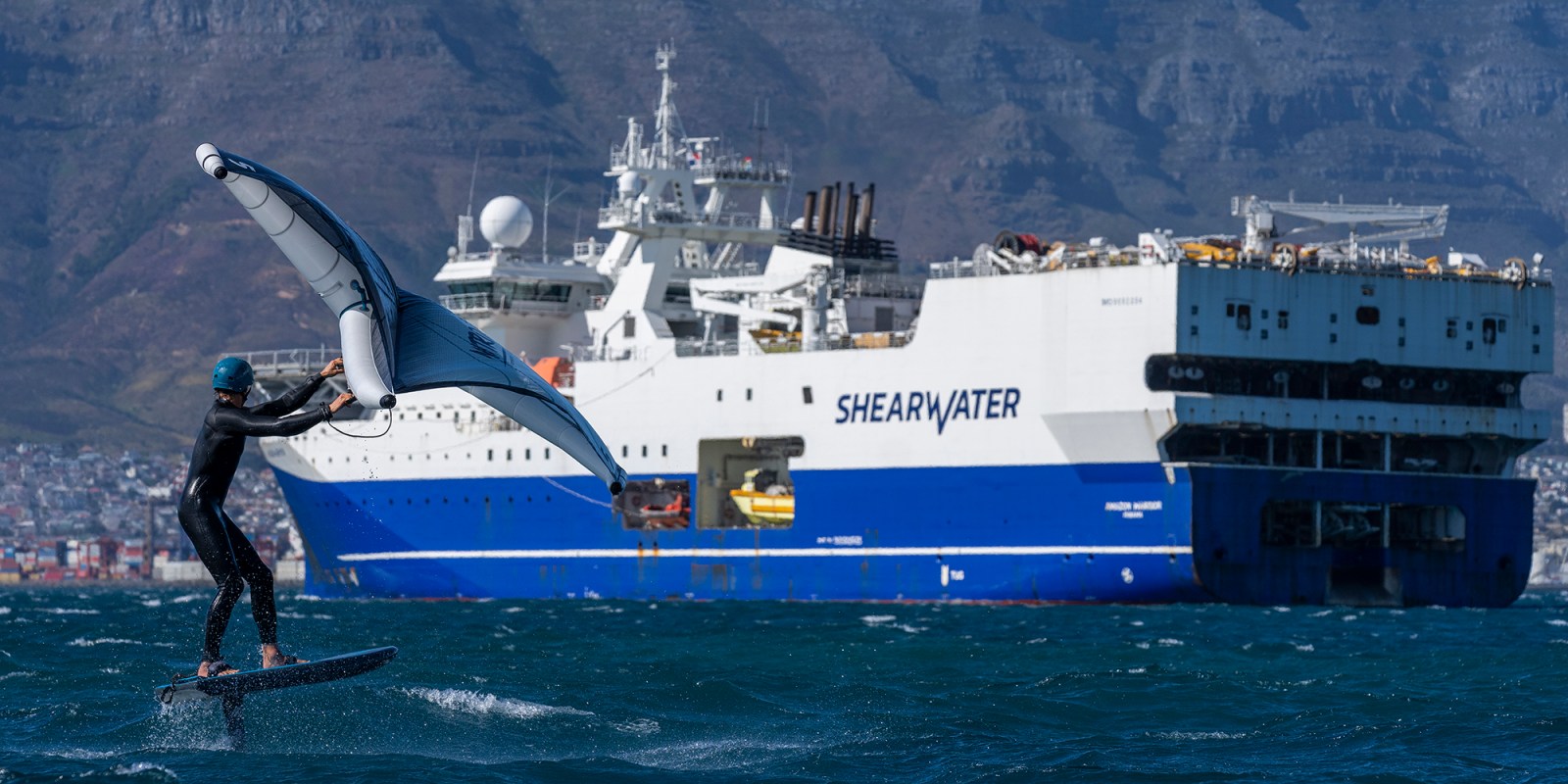 Eleven top scientists representing the Academy of Sciences of South Africa have weighed in strongly against the Shell seismic survey — and any further marine seismic surveys off the SA coastline — until there are more rigorous expert studies in local waters. They have also cautioned that the loud and outdated air gun technologies used in such surveys date back at least 50 years and were likely to cause ‘real harm to marine life’.

The academy’s Scientific Advisory Group on Emergencies (SAGE) has urged the government to swiftly reform marine protection legislation by revoking the exclusive power of the Department of Mineral Resources and Energy (DMRE) to issue oil and gas exploration permits.

The advisory group’s sub-committee on marine ecology and risk mitigation said the Department of Forestry, Fisheries and Environment (DFFE), the SA National Biodiversity Institute and conservation agencies should also have a strong voice on whether to authorise surveys such as the controversial recent Shell/Impact Oil survey along the Wild Coast.

“Decisions that concern the marine environment cannot and should not be made by a single government department, as the complex and integrated nature of marine systems demand more integrative decision-making processes amongst all stakeholders.”

The full advisory statement and list of authors can be accessed here.

Significantly, the scientists have endorsed the position taken by several environmental groups that Shell should not be permitted to embark on the survey until there is a comprehensive Environmental Impact Assessment (EIA) that examines the specific impacts for South African waters.

They noted that populations of the extremely rare coelacanth “dinosaur fish” could still foreseeably inhabit this section of the South African coast, while a survey from last year confirmed that there is a high number of endemic and endangered fish species across the continental shelf, such as deep-water lace corals, wreckfish and critically endangered and endemic seabreams.

The survey technology proposed by Shell was also out of date and there was a real risk of irreparable harm to the marine environment.

Due to a relative dearth of evidence on the impact of seismic surveys on marine life in South African waters, “SAGE takes the following position: There is a reasonable apprehension of real harm to marine life if (Shell/Impact) are permitted to resume their seismic survey”.

They note that blasting compressed air into the sea constituted outdated technology that had not changed significantly after nearly 50 years of use. Newer technologies with less environmental impact have since been developed, including Wide Azimuth data acquisition and Marine Vibroseis.

“Several companies have operated under similar permits off South Africa’s coastline, with offshore oil and gas exploration continuing since the 1960s. These companies are operating under the assumption that their operations will have minimal impact on marine biota. These assumptions are based on, amongst others:

“Shell’s planned seismic operations, similar to past and ongoing explorations along our coastline, use seismic airguns to probe for the presence of shale gas deposits. These airgun arrays are considered ‘disruptive technologies’ which can cause acoustic disturbance over 3,000km from the survey vessels (Nieukerk et al. 2004).

“This stream of energy is significant in an aquatic environment where sound waves travel much further than in air, and where most wildlife relies on acoustic communication throughout their life cycles. It, therefore, constitutes noise pollution and a threat to marine life behavioural patterns and/or survival.”

They note that seismic surveys have been implicated in altering the behaviour of whales and dolphins attempting to escape airgun surveys. Several other disruptions to marine biota had also been documented, including altering penguin behaviour off Gqeberha (Pichegru et al. 2017) and decimating larval krill populations (McCauley et al. 2017), which are key prey for species such as humpback whales.

In controlled experiments, negative impacts on zooplankton have been documented more than 1km from the sound source; a significantly wider reach than Shell’s predicted 10m impact range.

“Despite such potentially harmful consequences, no formal research on the effects of seismic surveys have been conducted in South Africa and the exact effects on the marine environment — and by default, the people who depend on marine resources — remain largely unknown.”

“There is a real threat that marine life would be irreparably harmed if (Shell/ImpactOil) are permitted to resume their seismic survey.”

Accordingly, when the Makhanda High Court considered Part B of the application, the court should grant the relief sought by the civil society applicants: the respondents should be interdicted from proceeding with the seismic survey until and unless they obtain an environmental authorisation under the National Environmental Management Act.

“We urge the South African government to convene a task team to evaluate and improve our current domestic legislation. More specifically, the authority of the Department of Mineral Resources and Energy to exclusively issue exploration permits without the concurrence of the Department of Forestry, Fisheries, and the Environment, should be revoked.

“Only a holistic approach to marine oversight will ensure the sustainable use of our natural resources while also encouraging and supporting tourism, local livelihoods, environmental health and the maintenance of ecosystem services.”

The group said decisions that concern the marine environment cannot and should not be made by a single government department, as the complex and integrated nature of marine systems demand more integrative decision-making processes among all stakeholders.

Interdepartmental cooperation and considerations need to be mandated, bringing together the DFFE, DMRE, their affiliated entities, for example the South African National Biodiversity Institute and conservation agencies.

The process of EIAs should be revised to ensure a more proactive, systems-based approach, including direct and indirect stakeholders. Such an approach to EIAs was necessary given the unique, integrated nature of the marine ecosystem, which included a multitude of temporal and spatial scales.

The experts have further recommended that:

SAGE is housed within the Academy of Sciences of South Africa, the official national science academy. It aims to provide rapid, independent, multidisciplinary science advice to stakeholders on emergency issues that require strategic attention and to create awareness in relation to emergencies.

In the context of SAGE activities, an “emergency” denotes a serious, unexpected and potentially dangerous situation that has either already caused loss of life, health detriments, property damage or environmental damage, or has a high probability of escalating to cause immediate danger to life, health, property or the environment. DM/OBP