Kagiso Rabada, the peerless Protea, set to notch up his 50th Test 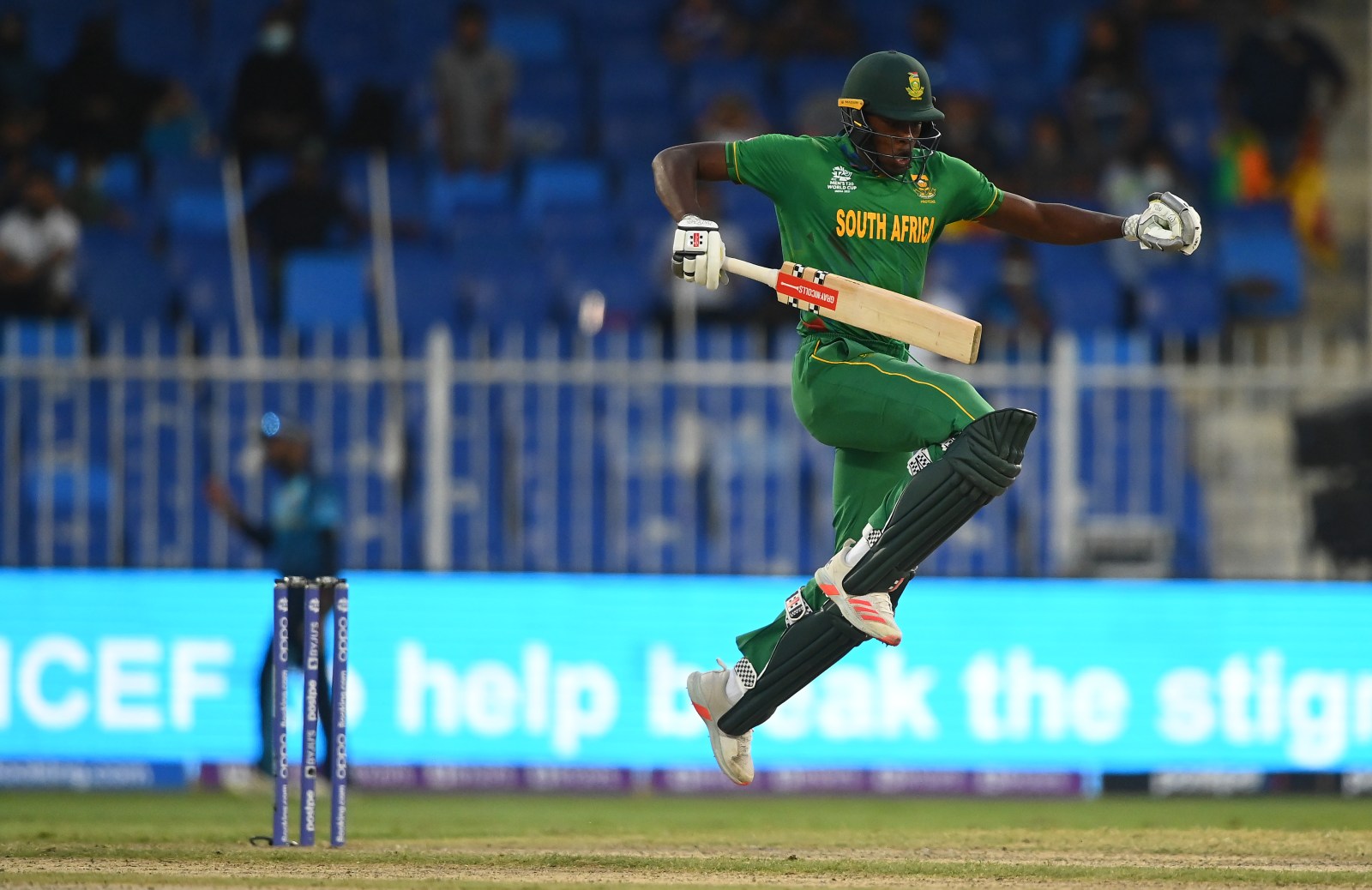 At only 26, fast bowler Kagiso Rabada will play his 50th Test for the Proteas in the deciding third rubber against India at Newlands.

The third Test match starting on Tuesday, January 11, at the scenic Newlands cricket stadium in Cape Town is significant for many reasons.

If India win the match, the series will be 2-1 in their favour. This will mark their first Test series victory in South Africa, a year after they won their first-ever Test series in England, as well as back-to-back series wins in Australia in the past five years.

If South Africa win the Test match, it would turn around a series of torrid recent results. Victory against the world’s top-ranked Test team could turn over a much-needed new leaf in South African cricket and possibly spark a resurgence among a squad that has seen many players from their “golden generation” retire.

If South Africa bowl first, as they have in the two previous Test matches, the man who will be steaming in to launch the first delivery of the match will be Kagiso Rabada. He will be playing his 5oth Test match for his country, a personal milestone, with the backdrop of a crucial series in the balance.

“I think it’s quite special. I didn’t even know how many games I was on. I only found out later that this would be my 50th. It kind of goes by without you really noticing it,” said Rabada.

“I’ve always wanted to represent my country and this is definitely a personal milestone and one I’ll hold close to my heart.”

Rabada has somewhat of a Dr Jekyll and Mr Hyde character. The bowler, who stands 1.92m tall, is ferocious for batters to face, with his ability to crank his bowling up to 150km/h and generate serious bounce. Rabada’s celebrations after taking a wicket include screaming, jubilation and pumped fists, which has got him into trouble with the International Cricket Council (ICC) more than once.

But he always has a bright smile or laugh on his face when socialising with teammates and friends.

“At the end of the day, you have to remind yourself to keep enjoying it and remember yourself as this child or this teenager that just wanted to represent their country and show the world what you’re about,” said Rabada.

It is said you are either born with the ability to bowl fast or you are not.

Later the same year, aged 18, Rabada made his debut for the Proteas men’s team in a T20I match against Australia, recording figures of 0-27 in his three overs.

A year later, in 2015, Rabada’s talent was evident on the international cricket arena when he marked his One Day International debut with incredible figures of 6-16 on debut against Bangladesh, taking a hat-trick in the match too.

Rabada’s appetite and stomach for international cricket were clear as he was selected in the Test match squad to tour India later that year. And it’s in the Test match arena that the tall, right-arm fast bowler has truly made his mark.

“It tests you in every sort of way, it tests you in a skills perspective and it tests your longevity. It’s kind of like life in that it ebbs and flows and it always finds a way to challenge you. You as a team and you as an individual,” said Rabada about why he thinks Test cricket is the ultimate form of the game.

Rabada made his long-form debut on 5 November 2015 against India in Mohali, where the conditions were inhospitable for fast bowling. He returned unremarkable match figures of 1-49 in 22 overs, in a match that the Proteas lost by 108 runs. Rabada was the apprentice, the third fast bowler in a trio consisting of legendary South African quicks Dale Steyn and Vernon Philander.

“It’s been an honour and a privilege to play alongside some of those big names. I was watching them in high school and primary school, representing their country, and I had a burning desire to one day play at this level and to play with them. Some of my heroes… it’s something that’s really extraordinary and I still pinch myself to this day,” said Rabada.

The bowler, currently ranked sixth in the world by the ICC, quickly demonstrated his vast potential in Test cricket after his slow start. In early 2016, in only his sixth Test match, Rabada took his first 10-wicket haul when he recorded figures of 13-144 against England at Centurion. This remains South Africa’s second-best ever match bowling figures, after Makhaya Ntini’s 13-132 against the West Indies in Port of Spain.

The Johannesburg-born Rabada has gone from strength to strength. In July 2018 he became the youngest bowler to take 150 wickets in Tests at the age of 23 years and 50 days. Rabada finished 2018 as the number one ranked Test bowler in the world.

However, things have not always come easy on the cricket field for him. “The rewards are much sweeter because you invest more of your energy for a longer period of time in variable conditions which constantly change. Sometimes you’re on the backfoot. It’s very seldom that you have a flawless Test match – there’s always some challenge that will come your way,” said Rabada.

Morné Morkel retired from international cricket in 2018 and Dale Steyn and Vernon Philander retired from Test cricket in 2019. This left a gaping hole for a senior spearhead bowler in the Proteas’ ranks. And Rabada has taken the gap with aplomb.

Seven years on from his debut match in Mohali, 26-year-old Rabada, now the leader of the South African bowling attack, is preparing to play his 50th Test match for his country.

Compared to the world’s greats

Rabada currently has 226 Test match wickets in 49 matches. The big, quick bowler will need to take nine wickets at Newlands to move into the top 10 of bowlers who have taken the most wickets after 50 Test matches. Glenn McGrath is currently number 10 with 234 wickets in 50 matches. Two all-time greats are just above him, Sir Richard Hadlee and Shane Warne, tied on 235 wickets.

Two of South Africa’s all-time great fast bowlers, Steyn and Allan Donald, are in the top five of bowlers who have taken the most wickets after 50 Tests. They took 260 and 251 wickets, respectively, ranking third and fourth overall.

Ravichandran Ashwin, who plays for India, holds the record for the most Test match wickets after 50 matches, with 275. The spin bowler has since gone on to establish himself as one of the best in the world and is currently ranked number two.

Rabada is in an elite company. There is, however, a glaring difference between Rabada and the aforementioned bowlers. Rabada is still only 26 years old and it could be argued that he is still in the development phase of his career, despite his illustrious achievements.

In comparison, Steyn was 28 when he played his 50th Test match, Hadlee was 33, Donald was 32, Ashwin 30, and McGrath 29. The only player close in age to Rabada is Shane Warne who was 27. Warne also has the second most wickets in Test cricket history, with 708.

The foundation is set and the potential is there for Rabada to break every fast-bowling record.

South Africa is a haven for producing world-class fast bowlers. There seems to be a factory in the country that never goes out of production. As soon as one retires, another gifted bowler is ready to replace him. Like a relay race, the baton gets passed on from one supremely talented athlete to the next. From Donald to Shaun Pollock, Ntini to Dale Steyn and now Rabada.

There have been highly skilful bowlers in between too, such as Philander and Morkel, who have, consistently, made South African fast-bowling attacks one of the most feared in world cricket.

Rabada ranks right up there with these fast bowlers, statistically, at the same stage of their careers, with only Steyn and Donald having taken more Test match wickets after 49 matches than Rabada.

Only Steyn had a better strike rate after 49 matches, having struck at a phenomenal rate of 39.3. Rabada is not too far behind, however, taking a wicket every 41 deliveries.

Rabada already has four 10-wicket hauls, a feat only matched by Steyn among South African greats at the same stage.

Fast bowling is one of the most physically demanding aspects of playing cricket, especially Test cricket where it is possible to toil for days in the sun. It is no surprise that only two genuine fast bowlers have played more than 100 Test matches for South Africa – Pollock and Ntini.

“For me, as much as it is about getting wickets, it’s about being the best that I can be; there’s no limit to that. I feel like I’m nowhere near done, so it’s just about coming back and playing the next game.

“You can never take international cricket for granted, you can’t take anything for granted. For me, it’s about the longevity in it as well; I’m not just doing it for a short amount of time.

“It’s about doing it for a long time. I think that’s what keeps driving me,” said Rabada about his ambitions to continue improving and performing at the highest level.

The St Stithians College old boy is yet to reach his peak, with the general rule being that fast bowlers are at their best around 30.

“From a science point of view, the game has become much more professional,” Rabada said.

“You’ve got fitness trainers, and strength and conditioning routines that are put in place so that players can actually give themselves the best chance of ensuring high intensity for a long period of time. People are employed so you can give those extra one-percenters.”

Rabada needs to be managed correctly if he is to be the third South African bowler to play more than 100 Tests and if he does there is no doubt that at the end of his Test career Rabada will stand head and shoulders above the rest as South Africa’s greatest ever fast bowler among a long line of world-class quicks. DM