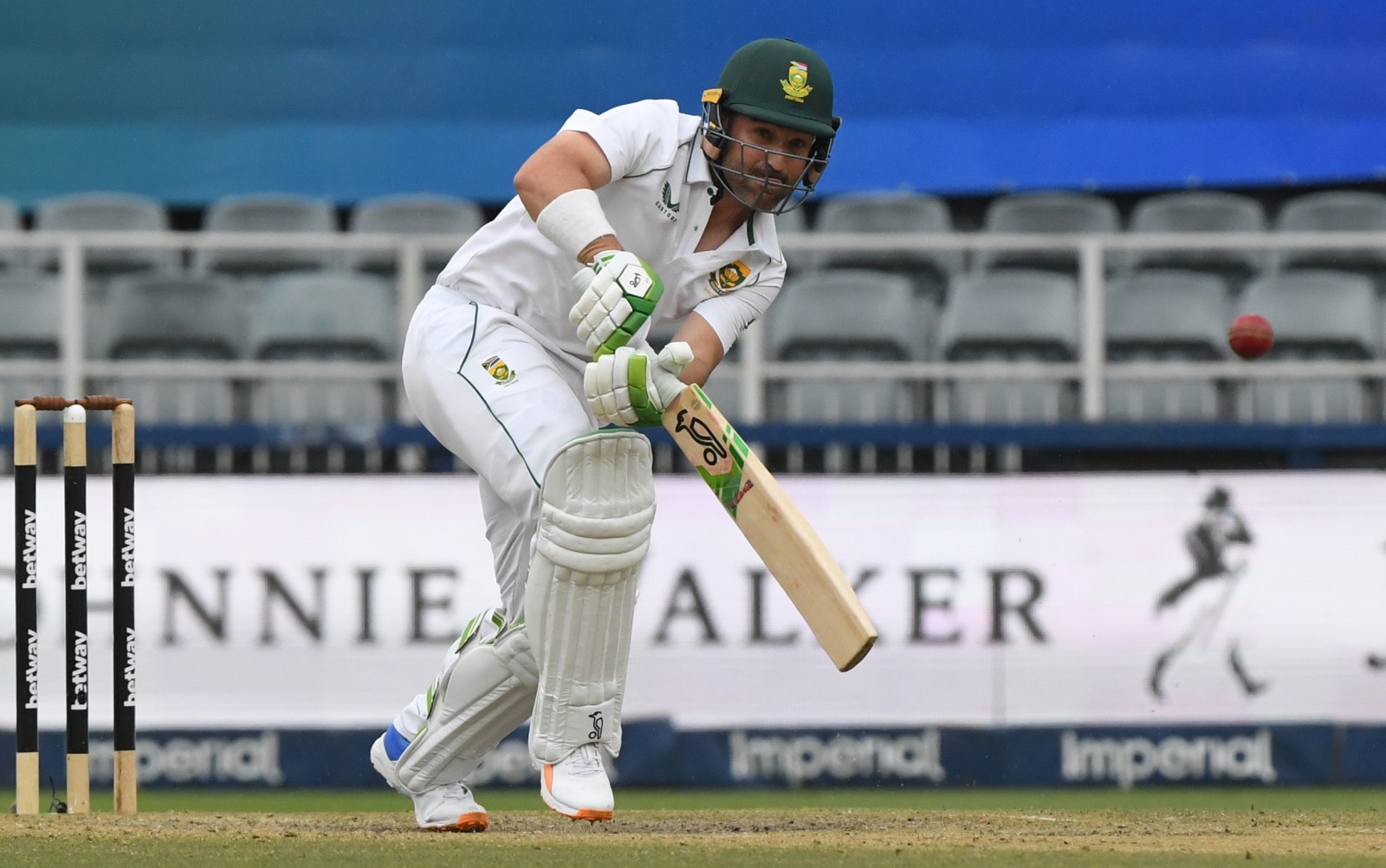 South African captain Dean Elgar bats his side to victory on day four of the second Test against India at the Wanderers in Johannesburg on 6 January 2022. (Photo: Sydney Seshibedi / Gallo Images)

With the series between South Africa and India tied at 1-1 going into the decider at Newlands, Proteas captain Dean Elgar has hailed the third Test as the biggest in more than a decade.

South Africa captain Dean Elgar is not a man given to hyperbole in his speech or false bravado in his actions. He is as blue collar as they come, so when he says the deciding third Test against India is the “biggest match the Proteas have played in 10 or 15 years”, it’s not just a good soundbite.

Elgar added that beating India to claim the series would be the biggest win of his Test career. That is an emphatic statement from a man who made his debut in the Proteas’ famous victory over Australia in Perth nine years ago. That triumph, in which Elgar infamously made a pair, gave the Proteas their second consecutive series win in Australia.

Now, after two years of toil and struggle for a rebuilding Proteas, beating the world’s #1 ranked team in a series after losing the first Test would be significant. When Elgar made his Test debut nine years ago, the team was stacked with legends of South African cricket, from Graeme Smith and Hashim Amla to AB de Villiers, Vernon Philander and Dale Steyn.

It also included some excellent players, arguably one rung below being considered all-time greats, in Morne Morkel and Faf du Plessis. The current Elgar-led team probably has one player — fast bowler Kagiso Rabada — who would make a composite Proteas team of the best post-isolation players.

Elgar himself might not make that dream team, but he cares little about such subjective exercises. He deals in reality, and his reality is that the Proteas’ Test team becomes a mirror of his own selfless approach. Team first, individual second could be tattooed on the skipper. Perhaps it is. It’s certainly imprinted in the minds of his men.

“It would be the biggest Test win in my playing career so far, especially with the leadership and captaincy now and having a bit more influence with regards to our players’ group,” Elgar said on Monday.

“And from a players’ point of view, it would be massive for us. We’ve put in so much hard work over the last few months, and we’ve actually been playing pretty good cricket up until now, but we’ve not had a lot of things go our way. You need some momentum on your side. We’ve been doing everything right. We’ve been ticking the boxes as best as we can.”

Elgar hinted that the Proteas were unlikely to change their personnel for this match on a Newlands pitch that will hopefully produce another excellent contest. The pitch will no doubt deteriorate over the five days, which means spinner Keshav Maharaj, despite a quiet series, will retain his place.

With Rabada enjoying excellent support from fellow seamers Lungi Ngidi and the impressive left-arm quick Marco Jansen, the only real conundrum is whether to retain fast bowler Duanne Olivier or recall all-rounder Wiaan Mulder to bolster the batting. As problems go, it’s one a captain enjoys.

“We are trying to be as stable as possible with regard to the playing XI,” Elgar said. “We saw at the Wanderers (in the second test), the moment we brought the intensity, it seemed to fluster the Indians quite a lot. It would be silly for us to not try to replicate that.”

Facing Elgar and the Proteas is an Indian team that has been moulded into the image of their fiercely competitive skipper, Virat Kohli. The fact that Kohli missed the second Test at the Wanderers, which the Proteas won by seven wickets, is not coincidental.

Even though Kohli has struggled with the bat for two years — he hasn’t scored a century in his last 25 visits to the crease — his burning intensity, bold captaincy and sheer bloody-mindedness have elevated India to the top of the game.

They have won back-to-back series in Australia and beaten England in England while becoming invincible at home. Beating the Proteas in Table Mountain’s shadow would complete the last Test summit this India side has to conquer.

Kohli may be short of runs, but he’s never short of ideas or competitiveness. Quite simply, he makes India a better team with or without runs.

“I don’t look at myself through the lens the outside world sees me,” Kohli said in his pre-match media briefing. “The standards that they are talking about have been set by myself… they are not an utterance from outside.

“I take a lot of pride in wanting to do the best thing for the team and wanting to perform regularly for the team. I have been able to do that for a long period of time.”

Kohli has gone 14 Tests since scoring a century against Bangladesh at Eden Gardens in November 2019, and his average in that period has been a modest 29.18.

“As a player and a batsman, I have been involved in many important moments for the team over the last calendar year or so,” Kohli said. “I have been part of very important partnerships when the team needed me and those moments have been crucial for us in many Test matches.

“I’m at peace with how I am playing.”

India will have to replace seamer Mohammed Siraj, who suffered a hamstring strain. They have options in veteran quick Ishant Sharma or the bustling Umesh Yadav.

Sharma is ageing and injury prone, while Yadav bowls a nagging line with just enough movement to cause problems. As a like-for-like replacement, he is closer to Siraj than Ishant.

Yadav will offer a skiddier line while Ishant will provide more bounce. In recent years though, it’s the nibbling seamers (think Philander) who have done the most damage at Newlands. This is why Yadav might get the nod.