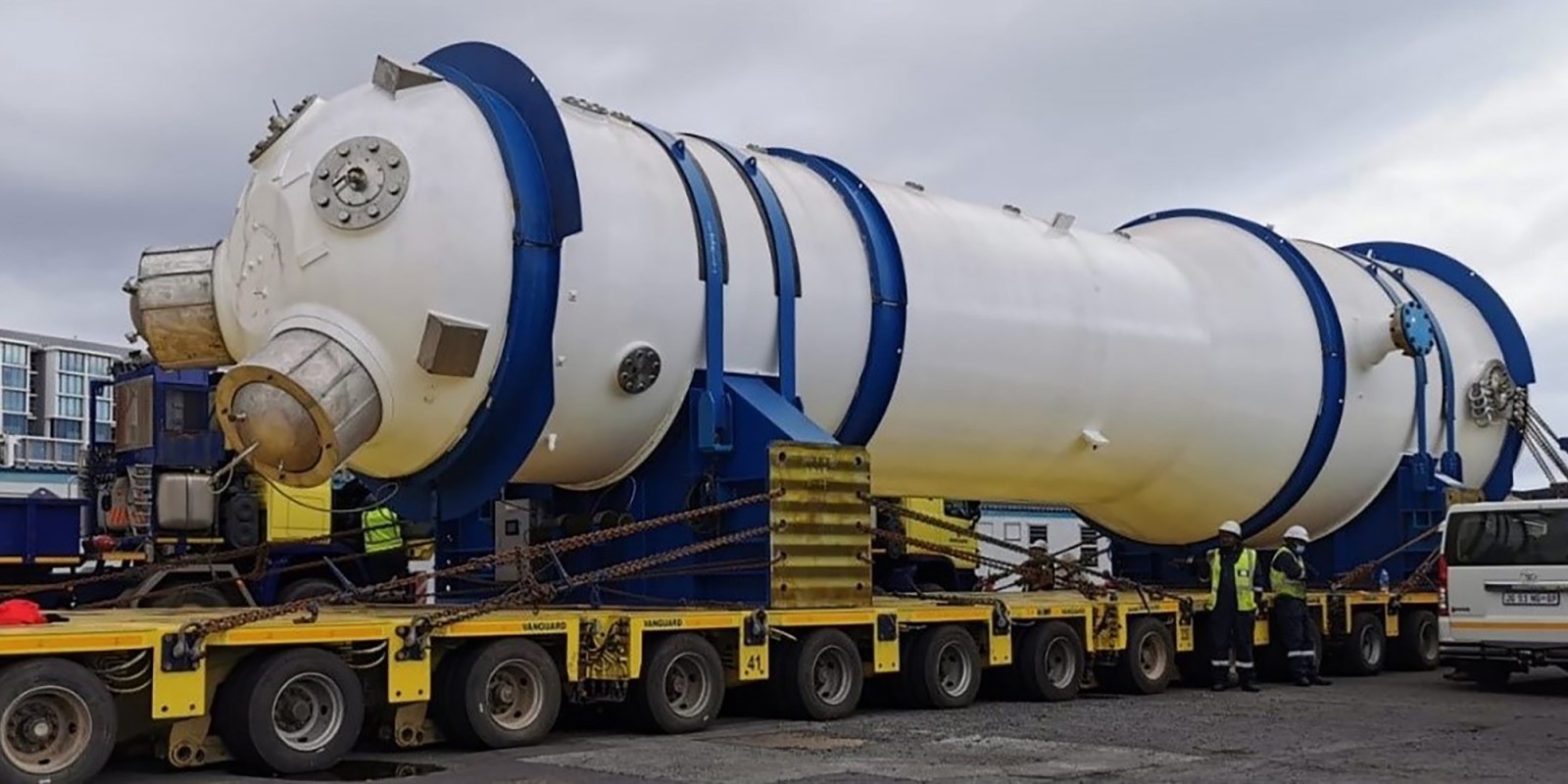 Installation of six new steam generators at Eskom’s Koeberg nuclear power station was due to have started on 5 January 2022, but is already running late.

Koeberg power station, on the west coast of South Africa about 35km north of Cape Town, is approaching the end of its 40-year design life and operating licence. However, in 2022 and early 2023, the nuclear power plant is scheduled for several upgrades to extend its operational life for a further 20 years.

Other work for the life extension involves:

Planning for replacing the six steam generators has been in progress for several years. However, Eskom’s chief nuclear officer, Riedewaan Bakardien, says the impact of the coronavirus pandemic and the Omicron variant, which led to travel restrictions and the implementation of additional protocols, “has proven a challenge in getting some of the required international resources on site in time”.

In the meantime, Eskom says it is finalising the facilities to support the project team during the life extension work. This includes installing and load-testing the large cranes which are critical to the lifting operations of the project.

A further stumbling block is that Eskom’s installation safety case has not yet been approved by the National Nuclear Regulator (NNR) and a green light from the NNR to start work has not been received.

The NNR normally provides its final approval once it has completed detailed reviews of all the major work that would be executed during an outage to ensure nothing is missed in terms of cross-functional impacts.

“This final approval for plant changes is usually issued a month before the start of an outage,” says Eskom.

The reactor shutdowns at Koeberg for the life extension come at a time of significant electricity supply constraints in South Africa. In 2021, these constraints resulted in a record number of 1,136 hours of load shedding, with an associated loss of some 1,773 gigawatt-hours of electricity to the productive economy.

The life extension of Koeberg nuclear power station will reduce the generation capacity available for duty in South Africa by about 900MW, as the two nuclear reactors are shut down sequentially, each for periods of about five months.

The life extension therefore increases the probability and risk of load shedding during 2022 and the first quarter of 2023, and any time overruns in the planned shutdown periods of either reactor will extend the risk and the consequences of load shedding.

In the unlikely case of extended time-overruns, resulting from serious unforeseen circumstances, the worst-case scenario would be that the life extension project may not be completed by the time the current operating licence expires in 2024.

In this situation, the NNR may require the whole power station (1,840MW) to be shut down until the reactors are safe to restart, after all work is completed and a new operating licence is granted.

Eskom is at pains to point out that while the green light has not yet been received from the NNR to proceed, this is not a cause for concern. Eskom says it is committed to ensuring that all NNR requirements are complied with, even if more work is needed in the last days of preparation.

Eskom’s safety case for the life extension and steam generator replacement project is being reviewed by the NNR and, according to Bakardien, there have been no new developments arising from the NNR formal review.

“The NNR has provided Eskom with a positive view of the safety case as the review has progressed, but the final approval is not granted until the NNR is 100% satisfied and all of the issues raised have been resolved,” he adds.

The utility says it is hoping final approvals from the NNR will be received within the next two weeks and the steam generator replacement work will begin in early February 2022. DM