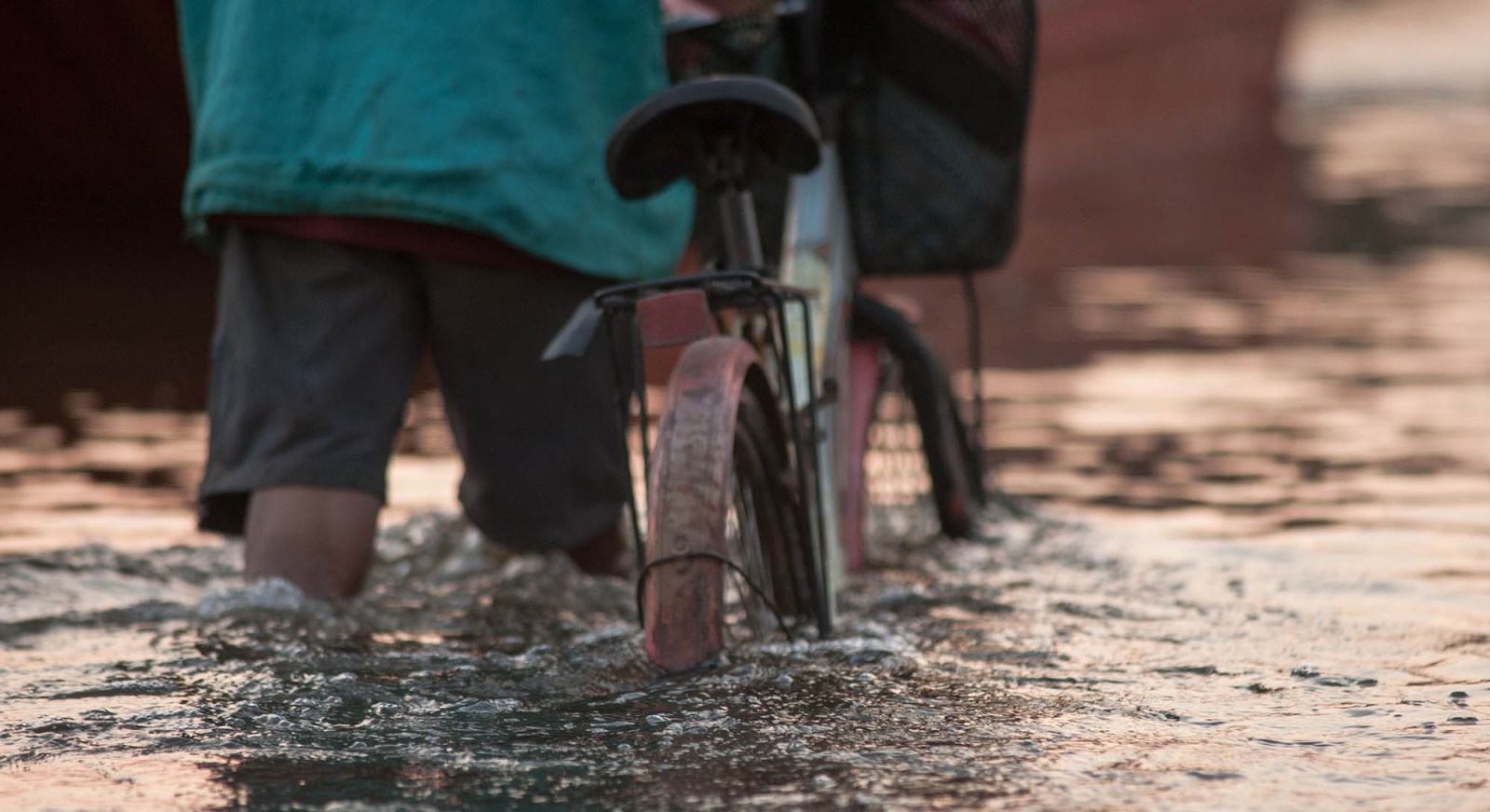 The Gift of the Givers was among the first to respond to the disastrous floods that have affected parts of the Eastern Cape and claimed at least six lives.

Hundreds of families in Mdantsane and Duncan Village in the Eastern Cape awoke early Saturday morning to fast-flowing water making its way through their informal dwellings, destroying property and leaving behind devastation. At least six people died and hundreds of homes were washed away.

While Eastern Cape provincial government authorities sought to assuage the concerns of citizens, non-government organisation Gift of the Givers attended to the aftermath of the flooding.

“What this incident underlines is the reality of climate change, that these disasters are going to occur. We have built capacity. All district municipalities have disaster management centres. We’ve got our own provincial disaster management centre that is doing the coordination,” said Eastern Cape Cooperative Governance and Traditional Affairs (Cogta) MEC Xolile Nqatha.

Speaking to Newzroom Afrika, Nqatha also conceded that political contestation ahead of the November local government elections had affected parts of the province’s ability to effectively prepare for disaster and that the national government had given R41-million to the OR Tambo District Municipality to assist families who were affected by storms last year, but the status of the funds is under investigation.

COGTA MEC says national government released R41 million to @ortambodm to assist families who were affected by the storms last year, BUT THE MONEY was NOT USED TO RELIEVE THE FAMILIES. COGTA is investigating where the funds went. https://t.co/MF4Gc4xRqk

On Saturday, the Buffalo City Metropolitan Municipality activated its disaster management teams – including fire services, traffic services and law enforcement – after floods caused by heavy rains in the area. Heavy rains have also fallen in parts of KwaZulu-Natal and Gauteng.

CITY ON The Buffalo City Metro is on high alert following continuous heavy rains across the region.

Our Electricity and Water standby teams are also active pic.twitter.com/Lmnr2g8CAQ

The Citizen reported that there was also severe flooding in Mdantsane, Duncan Village in East London, Dutywa and Buffalo City Metro as well as Mthatha.

In a Facebook post, Gift of the Givers said its teams were “on-site immediately having received requests from community leaders, residents, the mayor, deputy mayor, disaster management and COGTA MEC and Human Settlements Minister Mmamoloko Kubayi-Ngubane. Such requests from government entities and communities have been the norm for several years.”

A post shared by Gift of the Givers (@gift.of.the.givers)

It continued: “The communities of Mdantsane and Duncan Village have been assisted by Gift of the Givers on many occasions in non-disaster situations. Our teams were accompanied by COGTA MEC, Xolile Nqatha, Mayor Xolani Pakati, Deputy Mayor Princess Faku, Speaker of the BCM Humphrey Maxegwana and disaster management’s Joe Khumalo during our on-site assessment.

“BCM disaster management was excellent, arranged five shelters, ensured accommodation for all the affectees and accompanied our teams till midnight when we finished distribution of hot meals and Woolworths sleeping bags as an immediate intervention. More assistance will be provided today.”

Speaking to Daily Maverick on Sunday, Ayabonga Tshundwane at the South African Weather Service explained that though there is another system developing from the west with an attendant thunderstorm expected, they do not forecast any weather or rainfall severe enough to cause flooding of the kind seen over the weekend. “At this stage, we do not forecast that kind of system.” DM/MC