Resistance to renewal from within is ‘expected’ but...

Resistance to renewal from within is ‘expected’ but enduring this ‘pain’ best for organisation and country, says Ramaphosa 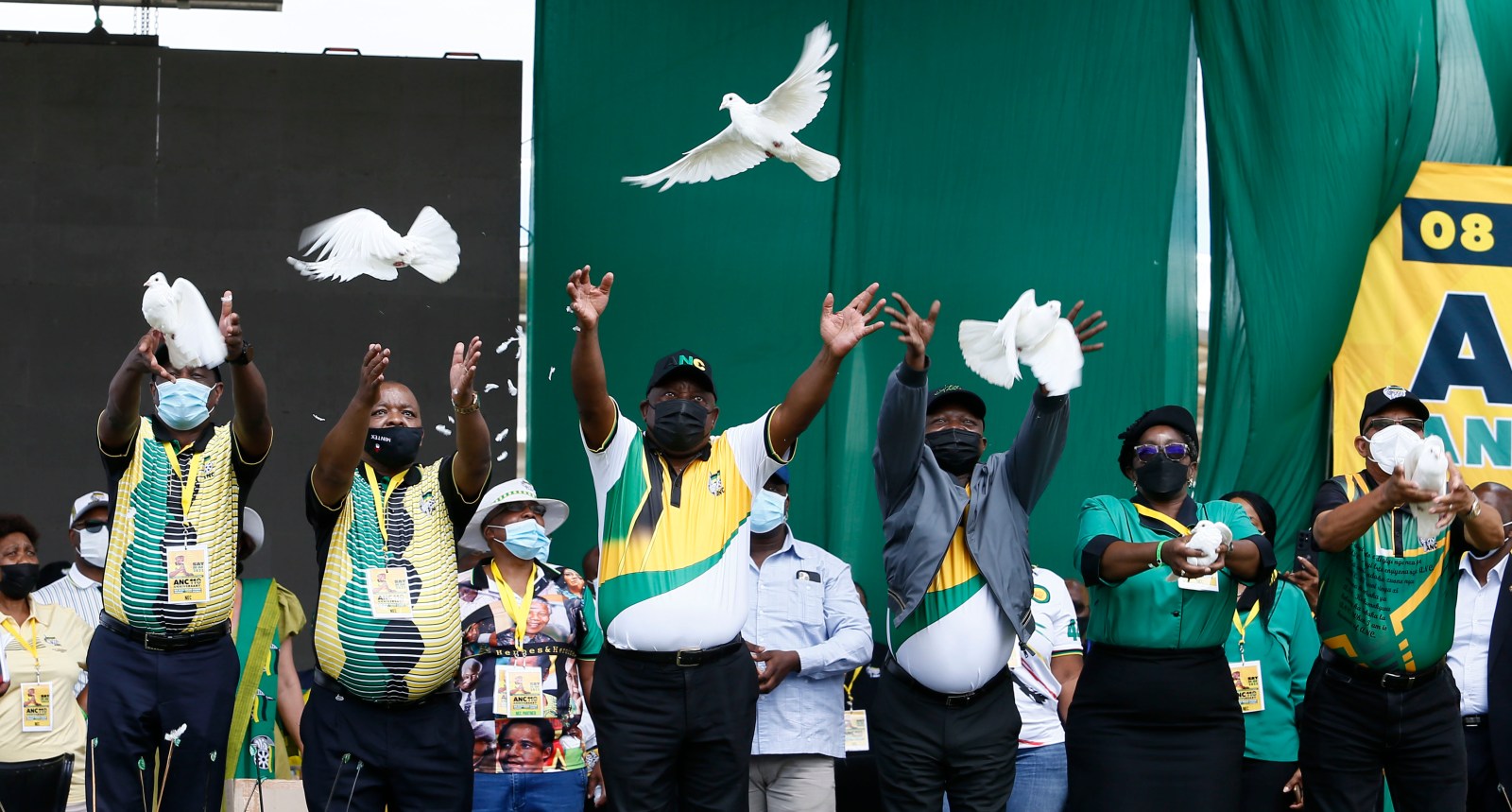 In a move to put his foot down on renewal in the 110-year-old ANC, President Cyril Ramaphosa said the party will return to a ‘straight adherence to democratic centralism’ and ‘revolutionary discipline’.

“Once upper structures decide on matters, whether right or wrong, lower structures must abide by that,” Cyril Ramaphosa told the ANC’s January 8th birthday rally on Saturday, an event that was a return to some kind of normality after last year’s event was reduced to a virtual platform. “That is how the ANC has always worked. A departure from this practice constitutes ill discipline, and that is what we must root out.”

The applause for this statement started on stage, among national executive committee members.

Ramaphosa said there would be resistance from those within the party who are “opposed to renewal” but “we should endure the pain that this entails, and ultimately we will emerge as an organisation better placed to serve the people of South Africa”.

This week the party’s leaders put a stop to an attempt by its suspended secretary general Ace Magashule to organise an event in Limpopo as part of the run-up to the rally. Instead, on Saturday he visited the home of Emalahleni Mayor Linah Malatjie, who died in a car crash with her husband earlier in the week.

One of Magashule’s conditions of suspension is that he is not allowed to appear in public in his party capacity.

Ramaphosa also announced that the “ANC renewal commission” will be set up to draw up a “roadmap of vision 2032” which describes “the desired state of the ANC” in time for its 120th anniversary. This roadmap will be tabled for adoption at the party’s 55th conference in December, where Ramaphosa is expected to be up for election for a second term.

(Already at Saturday’s rally Limpopo Premier Stan Mathabatha said the province would campaign for Ramaphosa, but behind him on the stage the president kept a poker face as he stared intently at his iPad screen, appearing to be writing notes. Formal campaigning hasn’t started yet, but Ramaphosa is understood to be available to serve another term.)

Yet another party renewal plan is not needed as much as action, but Ramaphosa’s likely intention with this 2032 vision is to set up a legacy project that can start running in his second five-year term.

His reelection at this point appears to be a fait accompli as there is no strong contender at present (disclaimer: 11 months is a very long time in politics), but, like in 2017, he might not be strong enough to get to power with enough support in the national executive committee to effect all his intended reforms without restraint.

The rally was a full flavour spectacle – a massive stage on the pitch of the old Peter Mokaba Stadium in Polokwane, a cake that needed a dozen hands to carry it, a presidential address of almost 90 minutes, and a few clumps of people gathered in parking lots outside the stadium having a few drinks while sporting ANC colours.

The crowd was massively reduced to around 2,000 – in line with Covid-19 regulations – instead of the usual more than 20,000 (former president Jacob Zuma in his heyday claimed to have filled World Cup Soccer stadiums with up to 80,000 people).

Despite mishaps in the previous three days that might have suggested security breaches – such as an electricity blackout at the end of Ramaphosa’s speech at the party’s gala dinner on Friday night – the event went off without interruptions or glitches. Even the six white “peace” doves – organised in place of sipping expensive bubbly after the cake cutting – all flew up into the air upon release.

A journalist remarked, though, that Police Minister Bheki Cele was standing up and on full alert on the stands throughout the speech. He said he believed that the power cut the night before was due to sabotage, Mail & Guardian reported.

Security was tight at the event, but it was discreet, and officials were extremely courteous – something that hasn’t always been a given under previous presidents.

The more heartfelt parts of Ramaphosa’s speech – it took the ANC’s national executive committee 15 drafts to get to the final 8 January statement – centred on renewal in the ANC, and in the almost half an hour that he spoke off the cuff in the end, he elicited the most applause.

In this part of the speech he lay down some practical guidelines for what ANC branches can do in their communities to win their favour (and, presumably, more votes in 2024) – such as campaigning against construction mafias and a lower tolerance towards ill-discipline.

“Acts of ill-discipline must be acted upon with immediate effect without any fear or favour,” he said. “Sometimes we even hear in ANC meetings when someone stands up and assaults a female member of the ANC and we as a structure close a blind eye, and we do not take any action immediately against such members. And I’m saying that such acts and any acts of ill-discipline must be a thing of the past.”

He continued, to convincing applause: “We must excise that rotting finger rather than letting that finger poison the whole body.”

Ramaphosa said if the ANC could achieve this, the party would endear itself to communities “and our people will see we are serious to rebuild the ANC”.

He also spoke about the country’s shock at the July riots that followed Zuma’s imprisonment and the fire that gutted Parliament earlier this week, which stood as a symbol of South Africa’s democracy.

Ramaphosa also welcomed the release of the report of the State Capture Inquiry this week, and repeated the ANC’s promise earlier this week that it would set up a mechanism to deal with members and leaders who are implicated in it.

Attending the event were some of the party leaders whose names were mentioned in the report, such as ANC chairperson Gwede Mantashe and former minister Nomvula Mokonyane – in fact, both of them took up leading roles in presiding over the rally – and former minister and ANC NEC member Malusi Gigaba.

Even former health minister Zweli Mkhize, who has been implicated in receiving kickbacks for a massively inflated communications tender, was in Polokwane and spoke in favour of the implementation of the report in an interview on Newzroom Afrika on Friday night.

While corruption-accused Magashule was absent, the continued presence of these leaders took some of the wind out of Ramaphosa’s sails. DM