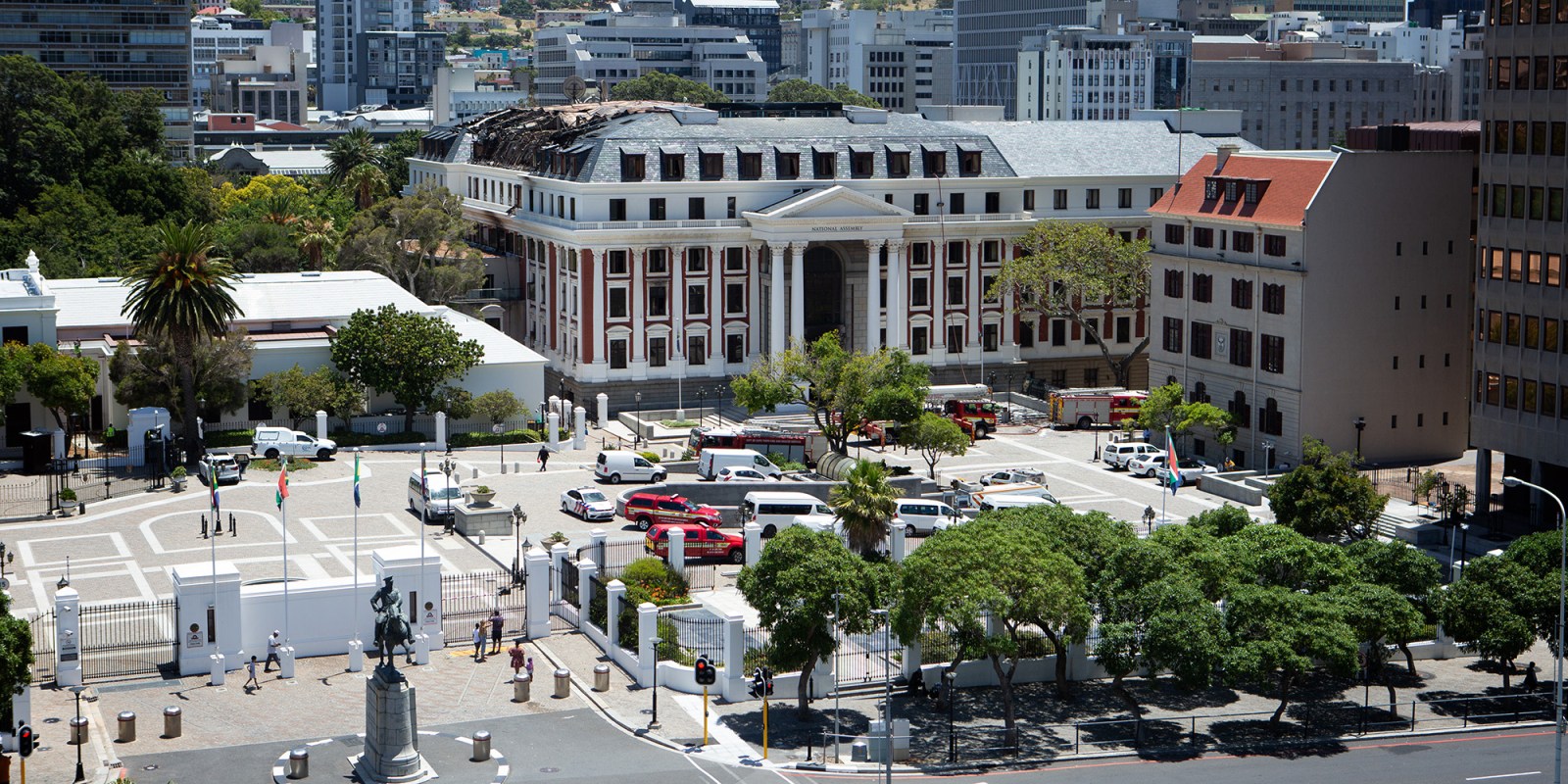 A view of the damage caused by the fire at Parliament in Cape Town. (Photo: Gallo Images / Misha Jordaan)

The devastating fire that left the National Assembly in ruins should be a warning to businesses and residents to ensure they are prepared in case of disaster, urged Western Cape Premier Alan Winde.

In the wake of the fire that devastated Parliament, Western Cape Premier Alan Winde has committed to conducting a risk assessment to ensure all provincial facilities have adequate plans in place to respond to a similar disaster.

The briefing was held at the provincial Disaster Management Centre based at Tygerberg Hospital.

The Parliament fire is alleged to have been started by Zandile Christmas Mafe (49) on Sunday, 2 January. A total of 300 firefighters battled for more than 71 hours to contain the fire.

Winde said: “When you have the responsibility to all the citizens of this province you ask yourself the same questions: Are we ready? What happens if it was one of our buildings or the Western Cape Legislature? What is our readiness?

“Our disaster risk analysis and disaster management team have got to be able to think about the impossible and make sure we analyse it and prepare for it. We have to learn from what had happened earlier this week.”

Winde emphasised that businesses and residents must check their fire extinguishers are properly working.

He said the investigation into the Parliament fire will be conducted by the national Parliament and the Department of Public Works.

“I had a conversation with the Speaker, Nosiviwe Mapisa-Nqakula, on Wednesday and said to her we know the Hawks are investigating the matter and suggested that Parliament also get an independent investigator on board.”

The premier said that a decision had been taken in the legislature on Wednesday to assess whether fire regulations were up to date. A task team would be put together to review the regulations.

A City of Cape Town report has revealed that the automated fire doors in Parliament were apparently open when the blaze started, making it difficult to contain the fire.

“Old buildings like Parliament were built before building regulations. The problem you are always going to have is that doors are there for a reason. They are there to retard a fire.

“It is alleged that the systems were not working and this would have definitely had a negative impact,” Deiner said.

The Presiding Officers of Parliament, led by the Speaker, Mapisa-Nqakula, and the chairperson of the National Council of Provinces, Amos Masondo, have said they are satisfied with the overall progress made on the containment of the fire and the investigations currently under way.

Parliament spokesperson Moloto Mothapo confirmed that members of the Cape Town Fire and Rescue Service had withdrawn from the parliamentary precinct.

“Since the firefighters contained the flare-up during the morning of Tuesday, the firefighters had remained on site until Wednesday, 5 January, monitoring the situation and combing the inside of the buildings for any potential flare-up.

“The fire department has handed the affected buildings to the Directorate for Priority Crime Investigation to investigate the circumstances around the unfortunate and devastating fire that started on Sunday, 2 January 2022,” he said.

Mothapo said the next step was for the engineers from the Department of Public Works and Infrastructure to carry out an on-site inspection to determine if the affected buildings were safe for access by the Hawks.

Meanwhile, preparations for the State of the Nation Address to be delivered by President Cyril Ramaphosa on 10 February are understood to be at an advanced stage.