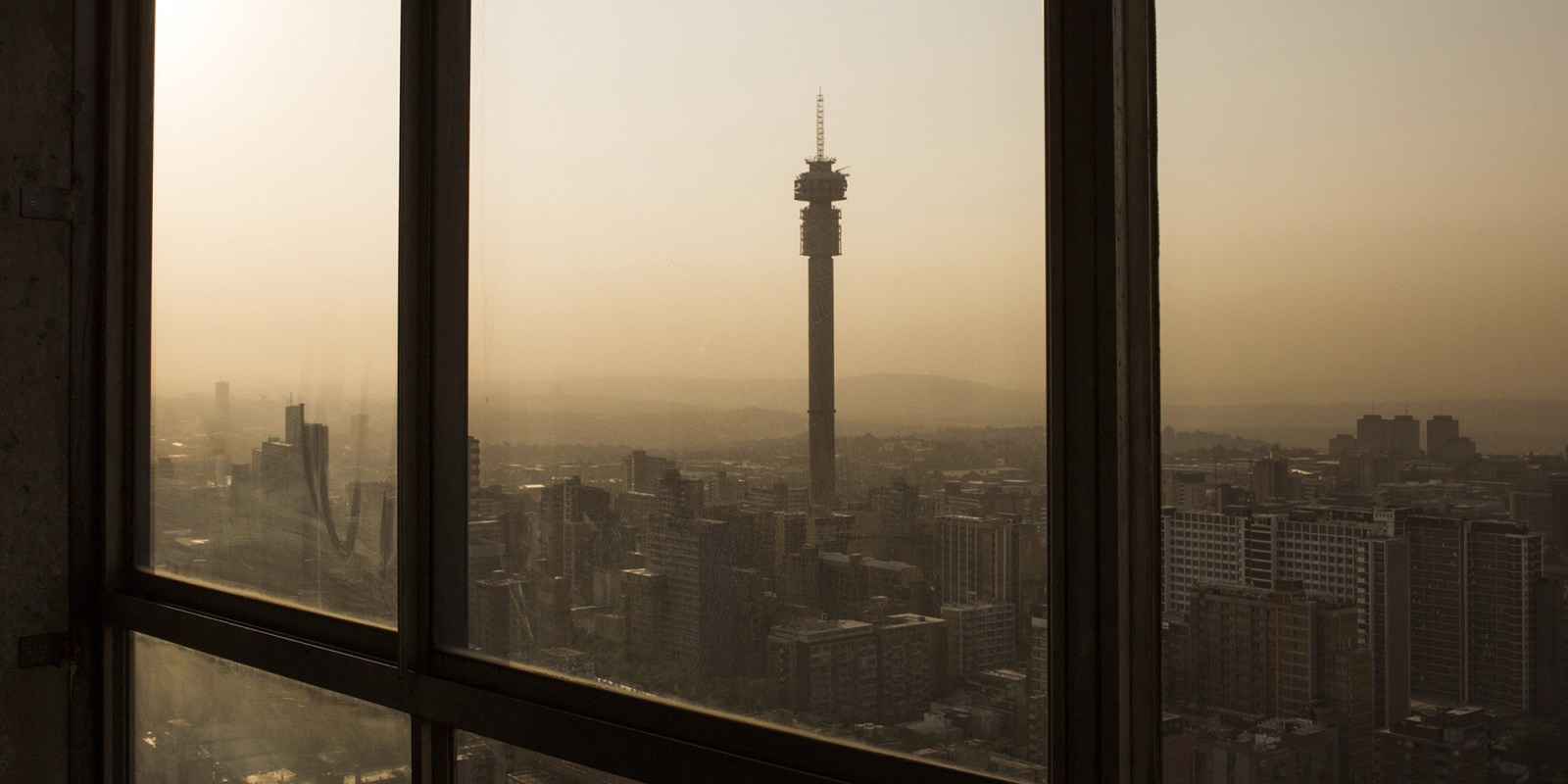 The Hillbrow Tower, operated by Telkom (centre left), on the city skyline at dusk in Johannesburg. (Photo: Guillem Sartorio / Bloomberg via Getty Images)

South Africa’s telecommunications regulator was meant to start the process of auctioning new spectrum at the beginning of March this year. The last time SA released spectrum was 2004/2005. But now Telkom has approached the courts to stop the auction process.

A war of words has erupted between South Africa’s telecommunications regulator and fixed-line operator Telkom over the upcoming and serially delayed process of releasing much-needed radio frequency spectrum.

2022 was meant to be the year in which the Independent Communications Authority of SA (Icasa) finally forges ahead with the release of new spectrum after delays of more than 15 years. The last time SA released spectrum was 2004/2005.

Spectrum refers to the radio frequencies on which data and information are transmitted. The release of more spectrum by Icasa means a better-quality service for consumers, with fewer dropped calls, faster internet download speeds and the promise of lower mobile data costs.

Icasa was expecting to receive bids for spectrum from mobile operators by January 2022. The telecommunications regulator set a deadline of 8 March for the actual process of auctioning spectrum worth about R8-billion.

But this seems unlikely to happen after Telkom approached the Pretoria High Court on 4 January, seeking to urgently stop Icasa from proceeding with the spectrum auction process.

Since early 2021, Telkom has been at the forefront of poking holes in Icasa’s spectrum auction process and stopping it through legal action on grounds that it was flawed, irrational and unreasonable.

Telkom’s latest court action will probably disappoint competitors such as MTN, Vodacom and Cell C, which had welcomed Icasa’s move to auction new spectrum in March, desperately needed to expand and improve their services.

It will also disappoint President Cyril Ramaphosa — the release of spectrum for 4G and 5G broadband services by Icasa is part of his structural reform measures to grow the economy, create jobs and unlock private sector investments.

Icasa has blasted Telkom, accusing it of deliberately working to stall the spectrum auction.

In a strongly worded statement, Icasa said: “The authority is not surprised by Telkom’s relentless resort to litigation, the conduct stretching back seven years or more. Telkom appears hellbent on stalling the authority’s every effort to licence the high demand spectrum that the sector, country, and our economy so badly needs.

“The public interest demands that the licensing of high-demand spectrum cannot be delayed any longer. Narrow and selfish commercial interests should give way to the overriding public good of cheaper data, universal access to efficient and reliable connectivity, and high-speed broadband transmission.”

In its latest court papers, Telkom said it has “serious difficulties” with Icasa’s spectrum auction process, which is “tainted by a number of reviewable errors”.

Telkom has taken umbrage with the technical aspects of Icasa’s invitation to apply (ITA) document, which details how mobile operators will bid for spectrum and the type of spectrum that the regulator will make available for auction. The ITA document was finalised in December 2021 after consultation between Icasa and the broader telecommunications industry.

But in SA, the 700MHz and 800MHz spectrum bands have been held and used for analogue television broadcasts. Broadcasters are meant to make these spectrum bands available to Icasa when SA switches from analogue to digital television — a process that, after many delays, is expected to be completed by the end of March 2022. After broadcasters give up the 700MHz and 800MHz spectrum bands, it will be part of Icasa’s auction process for mobile operators.

But eTV’s parent company, eMedia Holdings, is mounting a legal challenge to SA’s switch to digital television, which might delay the freeing up of the 700MHz and 800MHz spectrum bands for mobile operators. eMedia’s court case is set to be heard in March, a timeline that clashes with Icasa’s spectrum auction.

Telkom is worried that it might bid and pay for spectrum bands (700MHz and 800MHz) that might not be available to it for some time — even after the conclusion of Icasa’s auction process. And because of this, Telkom wants the high court to review and set aside Icasa’s upcoming process of inviting mobile operators to bid for spectrum, and also block the regulator from assessing bids.

Telkom is also concerned about Icasa separating the auction and licensing process for high-demand spectrum and the Wireless Open Access Network (WOAN). The WOAN refers to a network infrastructure in telecommunications that consolidates mobile traffic, especially from smaller operators and virtual providers.

Siyabonga Mahlangu, Telkom’s group executive for regulatory affairs and government relations, has argued that the licensing of the WOAN is intertwined with, and has a bearing on, the current spectrum licensing process.

Telkom is worried that large mobile operators would likely acquire lots of spectrum at the auction, leaving little for the WOAN and hobbling competition in the process. DM/BM