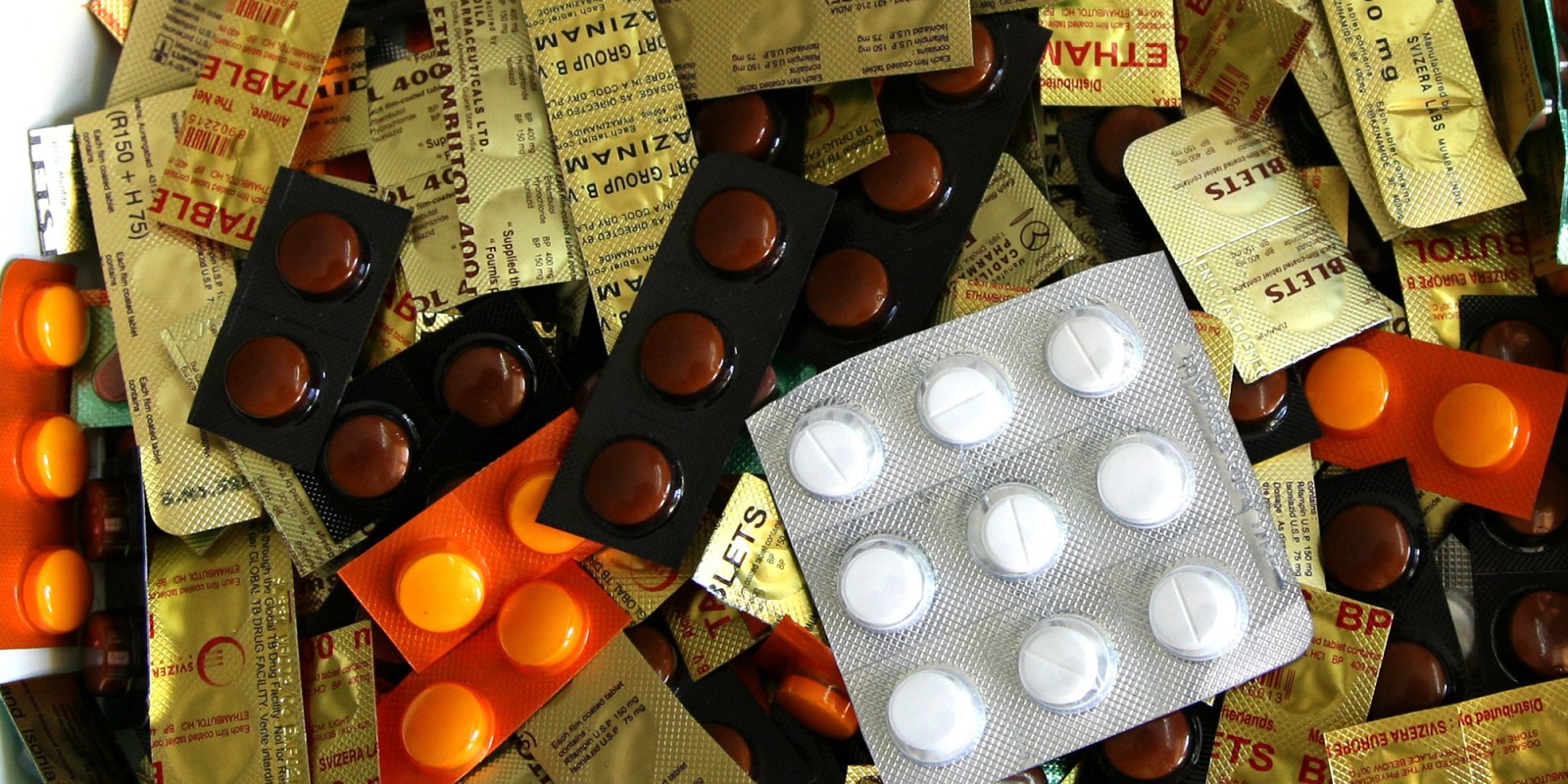 Antimicrobial resistance happens when bacteria, viruses, fungi and parasites change over time and no longer respond to medicines, making infections harder to treat and increasing the risk of disease spread, severe illness and death, according to the World Health Organization. (Photo: WHO/David Orr)

There has been a further significant increase in drug-resistant bacteria in South African hospitals over the last five years, hampering the ability of doctors to treat a variety of serious and life-threatening infections with antibiotics.

Researchers at the University of KwaZulu-Natal (UKZN) have highlighted a significant increase in certain antibiotic-resistant bacteria in several public and private hospitals across the country, as well as a dramatic increase in the use of so-called “last resort” antibiotics in public hospitals over the last five years.

The researchers, whose South African case study was published in The Lancet, say the increased procurement of such drugs shows that doctors are increasingly reliant on “reserve” antibiotics. But even some of these last-line-of-defence medicines are losing their ability to fight bacterial infections due to misuse, overuse and other factors.

Study co-author Prof Sabiha Essack, the South African Research Chair in Antibiotic Resistance and One Health and professor in pharmaceutical sciences at UKZN cautioned that: “The significant increase in the procurement and use of reserve antibiotics reveals that the drugs we have available to us as clinicians are becoming less effective at treating infections.

“This is not a situation unique to South Africa, it is a global trend that requires new mechanisms to ensure uninterrupted access to efficacious antimicrobials and diagnostics to ensure their appropriate use and stewardship.”

According to the World Health Organization (WHO), antimicrobial resistance happens when bacteria, viruses, fungi and parasites change over time and no longer respond to medicines, making infections harder to treat and increasing the risk of disease spread, severe illness and death.

“Especially alarming is the rapid global spread of multi- and pan-resistant bacteria (also known as “superbugs”) that cause infections that are not treatable with existing antimicrobial medicines such as antibiotics,” said the WHO, which launched a global antimicrobial resistance surveillance system in 2015. It has also developed a priority pathogens list which requires new and more effective antibiotics to be developed.

The WHO says antimicrobial resistance (AMR) is one of the 21st century’s greatest threats to health.

“Across the world, AMR already kills an estimated 700,000 people each year. By 2050, unless urgent action is taken, it is projected to kill 10 million annually at a cost of $10-trillion,” according to WHO South-East Asia regional director Dr Poonam Khetrapal Singh.

“One of the most important causes of AMR and the superbugs it creates is the use of high-power antibiotics where less potent drugs would do,” she states on the WHO website.

Aiming to reduce the problem of antimicrobial resistance, the WHO introduced the Access, Watch, Reserve (AWaRe) classification tool in 2017 to guide the global use of antibiotics.

‘Access’ antibiotics are first- or second-line treatments for common infections that should be widely accessible. Antibiotics in the ‘Watch’ category should be used only for a limited group of well-defined syndromes and their use should be closely monitored. ‘Reserve’ antibiotics, however, should be used as a last resort to treat multi- or extensively drug-resistant bacteria.

Back in South Africa, studies by Essack and research colleague Krishnee Moodley of the UKZN Antimicrobial Research Unit, suggest that there has been a statistically significant increase in bacterial resistance to meropenem (watch category) and tigecycline (reserve category) for treating Klebsiella pneumoniae infections, increasing by roughly 215%  and 332% respectively, between 2015 and 2019.

The increase in resistance to meropenem and tigecycline seen in the private sector was similar for K. pneumoniae observed in the public sector (see Graph below).

There had also been significant increases in the procurement of carbapenems (watch) and linezolid (reserve) antibiotics, pointing to increasing reliance on these drugs rather than narrower spectrum (access) antibiotics.

“Antibiotic procurement data from the public sector showed a statistically significant, exponential increase in the procurement of the carbapenems and meropenem and linezolid (see Graph below).

The information on antibiotic resistance in public sector hospitals is based on data sourced from the National Institute of Communicable Diseases’ Corporate Data Warehouse, while private sector data was obtained from one of the largest national private laboratory networks in the country.

Data on public sector drug procurement was sourced from the Affordable Medicines Directorate of the National Department of Health.

“The corroboration of non-susceptibility (resistance) data and antibiotic procurement data demonstrates clearly the pace of change at which infections are developing resistance to our first and second lines of infection defence — ‘access’ and ‘watch’ antibiotics.”

Primary author Daniel Berman, Director of Global Health and the Longitude Prize at Nesta Challenges in London, says the findings from recent case studies in South Africa and India also emphasise the need for the registration of new antibiotics (ideally with novel mechanisms of action).

Berman and his colleagues note that the Covid-19 pandemic had underlined the importance of efficient and equitable access to essential health products.

“These factors are equally pertinent to the antimicrobial resistance pandemic, in which access to a portfolio of existing and pipeline antimicrobials plus complimentary diagnostics is crucial.”

They also note that government policy makers have struggled to attract — or retain — big pharmaceutical and biotechnology companies into the antibiotic market to address what WHO has described as a “clinical pipeline [that] remains insufficient to tackle the increasing emergence and spread of antimicrobial resistance”.

“Various factors contribute to an unstable and often commercially unattractive market that is failing to ensure access and availability in LMICs (lower-middle-income countries). These factors include a high demand for inexpensive generic antimicrobials, price control in countries that set prices either too low or too high, and a fractured market that demands relatively low product volumes.”

As a result, most antimicrobials are manufactured as generics, and many producers were operating with “thin profit margins”, leading to insecurity of supply in both rich and poor nations.

Some novel payment schemes — like the subscription or so-called Netflix model — were used by some wealthy nations to reduce manufacturers’ risks, increase market predictability, and ensure access to new products.

Australia had negotiated subscription contracts to gain access to antivirals for hepatitis and the UK was piloting a subscription model recognising the comprehensive benefits of new antibiotics with guaranteed payments for a fixed period to cover populations rather than paying for the volume of medicines purchased.

As examples, one ASPP could be anchored by an Indian state for all of India and another by South Africa for sub-Saharan Africa. A regional executive committee with representatives from each country or state would provide governance and technical support.

“Without the development of an innovative pooling mechanism, both existing and future pipeline products will not reach those who need them most.”

Last year, the WHO said it remained concerned by declining investment and lack of innovation in the development of new antimicrobial treatments.

“As we gather more evidence, we see more clearly and more worryingly how fast we are losing critically important antimicrobial medicines all over the world,” said WHO Director-General Dr Tedros Adhanom Ghebreyesus. DM