FOOTBALL IN TIMES OF COVID-19

Fans blocked from stadiums for the time being, says PSL chairperson Khoza 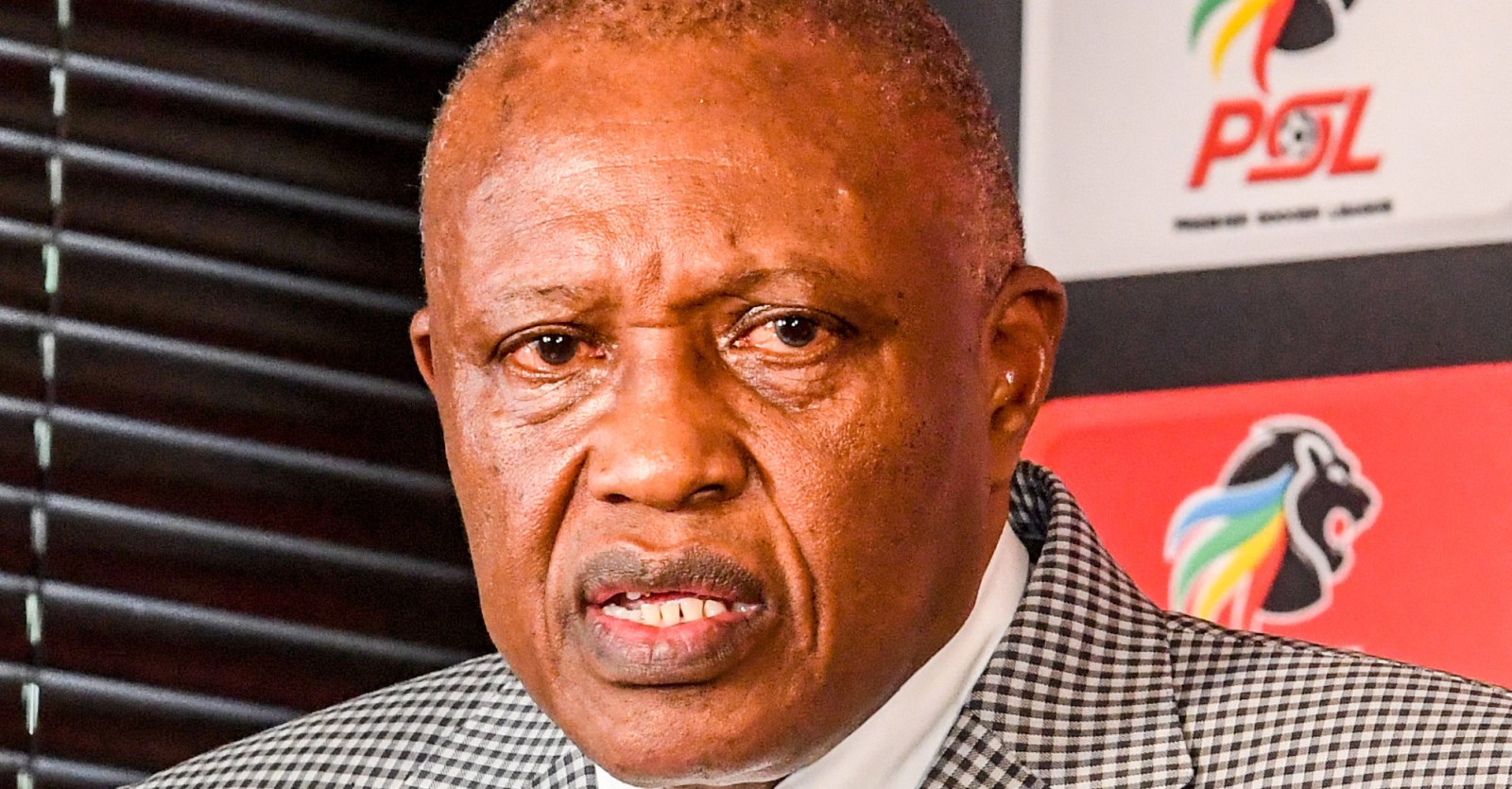 Soccer enthusiasts will not be allowed back until the government allows ‘full access of supporters into the stadium’, says Irvin Khoza.

Premier Soccer League (PSL) chairperson Irvin Khoza says the organisation is far from welcoming spectators back into South African stadiums. This is despite government regulations that stipulate sports bodies around the country may host a maximum of 2,000 spectators per venue.

“The regulations say we must have 2,000 spectators. Unfortunately, we have got constraints as a league. We have got responsibilities towards our partners; the sponsors, suppliers and everybody [else]. Amongst them, the tickets which must go to them are plus/minus 2,000 to 3,000 tickets. What remains for the supporters?” Khoza told journalists on Wednesday.

Speaking at PSL headquarters in Parktown, Johannesburg, he said that staging a game while making sure that spectators comply with the Covid-19 protocols would be too costly for PSL clubs.

“That is why the executive committee, with the concurrence of the clubs, have said it is better to manage it [the prevailing situation] at the level of [a bio-bubble], until such a time that they allow us full access of supporters into the stadium.”

In spite of the stringent control of their operating environment, one of the league’s most high-profile clubs, Kaizer Chiefs, was struck by a Covid-19 outbreak at their Naturena headquarters in the south of Johannesburg.

As many as 36 people in the club — including players, members of the technical team and general staff — returned positive Covid-19 tests at the tail end of 2021.

Amakhosi subsequently asked for a postponement of four games in December, a request that the PSL rejected. Despite managing to pull together a team to honour two of those games, the Soweto side did not play the first two — against Cape Town City and Golden Arrows.

According to the league’s rule book, Amakhosi’s actions mean they forfeited those two games and after the case heads to the disciplinary committee of the PSL the result is likely to be a 3-0 win and three points handed to both City and Arrows.

The PSL has declared that Covid-19 does not equate to the “extraordinary circumstances” usually necessary for a game to be postponed.

Amakhosi have said they intend to contest the rejection of their appeal for a postponement of the aforementioned matches. The club cited England’s globally popular Premier League as an example of how the situation should have been handled by the PSL.

In recent weeks a number of clubs in the Premier League have been hit by a rise in Covid-19 cases, with several games being postponed as a result.

“As an executive committee, we rejected Chiefs’ initial request, with the matter now being handled by the various legal departments,” Khoza said.

“I hear through the media that there might be future issues such as appeals and things like that. We all know that every administrative decision is reviewable; therefore it’s not easy for me to talk about the details as if the process is still ongoing. It will only be fair that I hold back information to give the process a chance to reach its final conclusion,” said the 73-year-old.

“We did that with the Sekhukhune United and Royal AM decision with pressure from the media, but we cannot make a running commentary on an ongoing matter.”

Should the Amakhosi matter end up with the disciplinary committee, renowned advocate Zola Majavu will head the prosecution of Chiefs.

Majavu was previously employed as a prosecutor by the PSL and took over the reins from Nande Becker, who resigned on 30 November 2021.

“I have received a handover report from my predecessor. I do have a sense of what is outstanding and what is pressing from a timing point of view. My team and I will be meeting straight after this to develop a project plan because the idea is to use the January period [while the league is still on a break] to play some catch-up,” Majavu told journalists.

The new prosecutor has been handed a short-term contract until the end of the season while the league searches for a long-term replacement for Becker. DM