Towards the light: The struggle of memory to find a common South African destiny through the fog of history 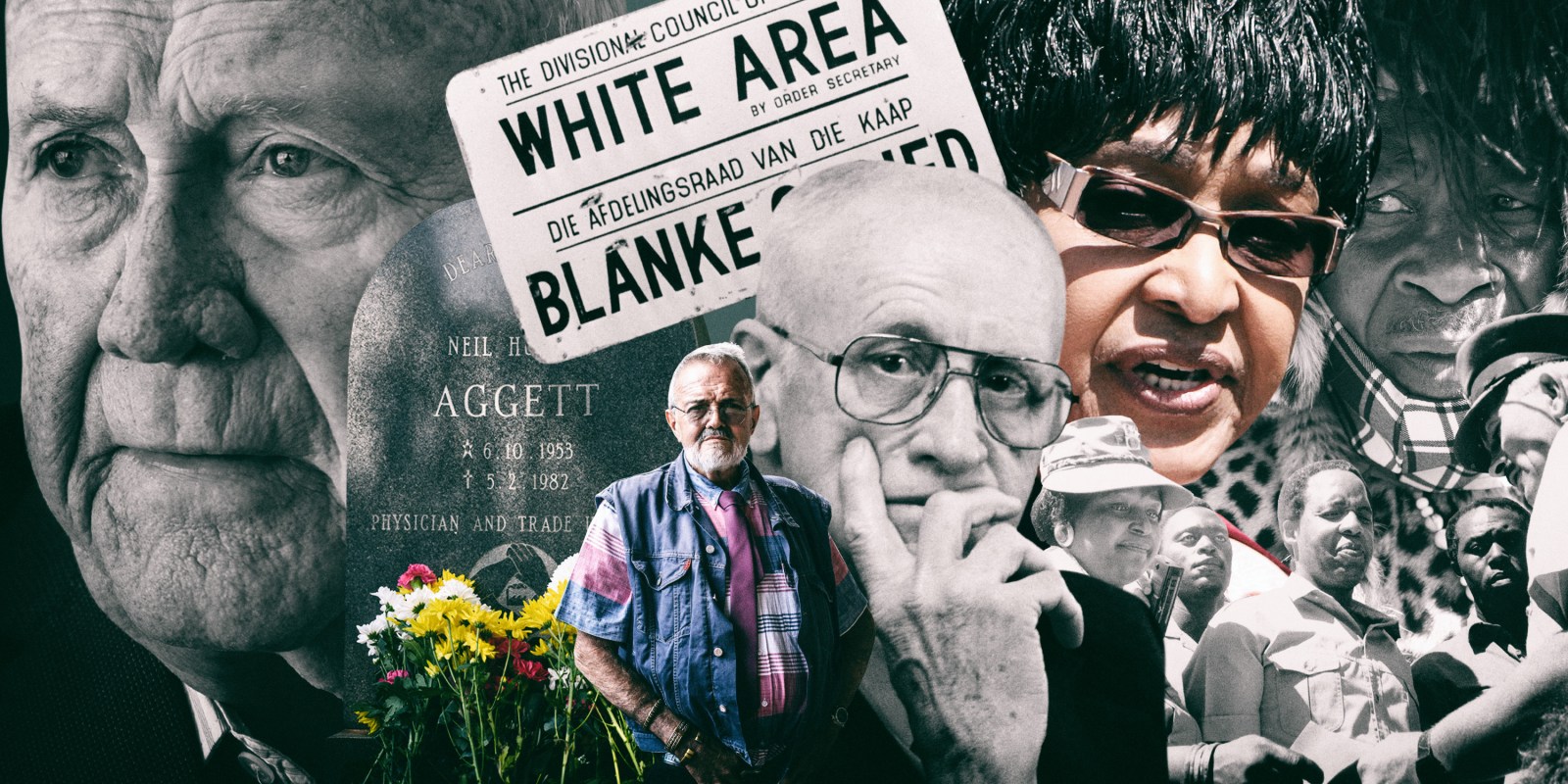 A failure to manage diversity ‘has been one of the most troubling fault lines of the postcolonial African experience. As the last to attain our liberation, SA dares not tread this perilous path.’

It took James Ngculu to chart a course for how we should be thinking our way through the fog of history left in the wake of the death of former president FW de Klerk on 11 November.

The former ANC Western Cape chairperson and, in exile, deputy (to Ronnie Kasrils) of military intelligence for Umkhonto weSizwe, in an analysis published by Times Live, reminded South Africans of just how fractured we are, of how we still grapple to find a common destiny.

“The ANC has a responsibility to lead the people of SA as a whole, progressive and non-progressives alike. Leadership also involves reminding each side of the fact that they do not inhabit the territorial space called SA alone,” wrote Ngculu. De Klerk’s death “brought into sharp relief the vital and urgent need for the ANC to return to its core business, namely doing politics”.

De Klerk died apologising for the pain that had been caused by apartheid, but he stopped short of acknowledging that it was a crime against humanity.

Pale and gaunt, the 1993 Nobel Peace Prize winner – alongside Nelson Mandela – recorded a message that was broadcast nationally soon after the announcement of his death.

There are a few last men standing from that vicious era of our recent past, a time not yet far enough in the past to have weakened its hold over the present. The National Prosecuting Authority has since vowed to move on those who have so far escaped but can still be held to account. These are the people, alongside the alleged spies, askaris and poisoners, that former president Jacob Zuma suspects hide in the shadows, who have rendered us a still archaeological nation.

As we dig up, acknowledge and wash our bones and wipe our tears, the graves will swallow us if we stare into them for too long. We need to look up, at the horizon, where fresh political heavens – or hells – await us after the disastrous ideological decline of the ANC, which bottomed out in the Zuma era.

For many, De Klerk’s death was cause for relief and celebration. As jubilation lit up Twitter, more sober assessments of his role as the last president of apartheid South Africa were offered.

De Klerk’s unwavering contention that he had not been aware of widespread security force abuses despite being a member of the inner circle, the State Security Council, was rejected by the Truth And Reconciliation Commission, which found his statement “indefensible”. The ANC, argued Ngculu, had “absented itself from the debate” as well as “many other issues of the day which require progressive political clarification”. The governing party was, he warned, “ceding space to populist adventurists who profit from projecting themselves as men and women of the people when they are nothing but charlatans and confidence tricksters”.

Beyond the law and notwithstanding his “disreputable past”, said Ngculu, De Klerk had represented a social base that could not be “washed away in the same way it was sheer folly for the erstwhile National Party to imagine it could subjugate over the social base of the ANC to eternity”. To varying degrees, in De Klerk, “these fellow South Africans see a leader and a hero”.

The stalwart also noted that the death, two days after De Klerk, of Zihogo “Mgilija” Nhleko, former commander of Amabutho and who had featured prominently in pro-Zuma protests in KwaZulu-Natal in July, was greeted with much wailing, breast-beating and sloganeering. Ngculu, a close comrade in exile of murdered SACP leader Chris Hani, snapped: “We are being invited to embrace Mgilija as a hero by means of a Polokwanesque narrative steeped in 100% ethnic politics pretending to be ANC.”

The truth of the matter, he starkly cleared up, was that “in the grand scheme of the dark arts of apartheid politics, De Klerk was arguably Mgilija’s ultimate commander during the late 1980s and mid-1990s”. This in reference to the collusion between Zulu nationalists and the apartheid state.

De Klerk’s death certainly feels as if it has tipped the national conversation towards a new understanding of ourselves that, notwithstanding the past, our diversity needs to be treasured and nurtured.

The imperative to build a united and cohesive nation requires that political players across the divide see the cocktail of discourse of the current era for what it is – thoroughly unhelpful. South Africa was simply too diverse a society, politically and otherwise, for any quarter to ignore its plurality.

Ngculu’s sentiments about what we are to do were echoed later in a judgment handed down in August by Judge Takalani Raulinga in the Gauteng High Court sitting as the Equality Court.

In a matter involving former minister of justice Jeff Radebe’s refusal to appoint Martin Kroukamp, a “non-designated” South African (a white male), as chief magistrate of the Palm Ridge Katlehong Courts, Raulinga used the opportunity to raise the issue of continuing racial division in the country.

He noted: “We may not become a united society and heal the divisions of the past if we apply the apartheid inequalities in reverse. Painful as the injustices of the past might have been, we must endure the pain and soldier on.”

We know this is not what has happened higher up the judicial pecking order over at the Constitutional Court. Some of SA’s best legal minds who happen to belong to what is now being termed a “non-designated group” have been overlooked for vacancies, some repeatedly. This in no way diminishes the quality and excellence of the black candidates who ended up on the shortlist, but it is an issue that needs thrashing out in public.

Radebe’s position on the matter, said Raulinga, was that “no matter how hard the Magistrates Commission tried to explain the suitability of the first complainant to be appointed as senior magistrate … he was not prepared to appoint a white male to that post. His position seems to be that a white male cannot be recommended for an appointment, given the constitutional injunctions.”

In October, Paul Erasmus died quietly in the Southern Cape, a month before De Klerk’s passing. Erasmus had worked in the apartheid security forces’ Strategic Communications (Stratcom) division in the 1980s, where he helped to spread false information that ruined the reputations of many, including Winnie Madikizela-Mandela. His just-published memoir Confessions of a Stratcom Hitman (Jacana) makes for grim reading.

Erasmus was one of the few who told the truth – and spent the rest of his life trying to atone, tipping off police to hidden arms caches and helping victims’ families. De Klerk remained stubbornly aloof until the end. Former minister of police Adriaan Vlok is still washing feet in the townships.

At the reopened 2020 inquest into the murder of activist Dr Neil Aggett in detention in 1982, Erasmus admitted that the security police had fabricated evidence that the trade unionist had committed suicide.

Advocate Howard Varney, on behalf of the Aggett family, paid tribute to Erasmus, saying he was one of the few white Security Branch officers who had acknowledged the harm and pain he had caused to South Africa.

Although Erasmus faced attacks and vilification because of his disclosures, he also testified at the inquest into the death of Ahmed Timol, murdered by the security police in John Vorster Square in 1971.

In his analysis, Ngculu reminded us that the “imperative to build a united and cohesive nation requires that political players across the divide see the cocktail of discourse of the current era for what it is – thoroughly unhelpful.” South Africa was “simply too diverse a society, politically and otherwise, for any quarter to ignore its plurality”.

A failure to manage diversity, warned Ngculu, “has been one of the most troubling fault lines of the postcolonial African experience. As the last to attain our liberation, SA dares not tread this perilous path.”

The coalitions that have formed at local government level is where we should be looking suggests Ngculu, but “the divisive rhetoric which muddies the waters render it difficult if not altogether impossible for South Africans to discern their common destiny”.

What needs to be done for South Africans, across the demographic and political spectrum, to discern a common destiny? Email suggestions to [email protected].