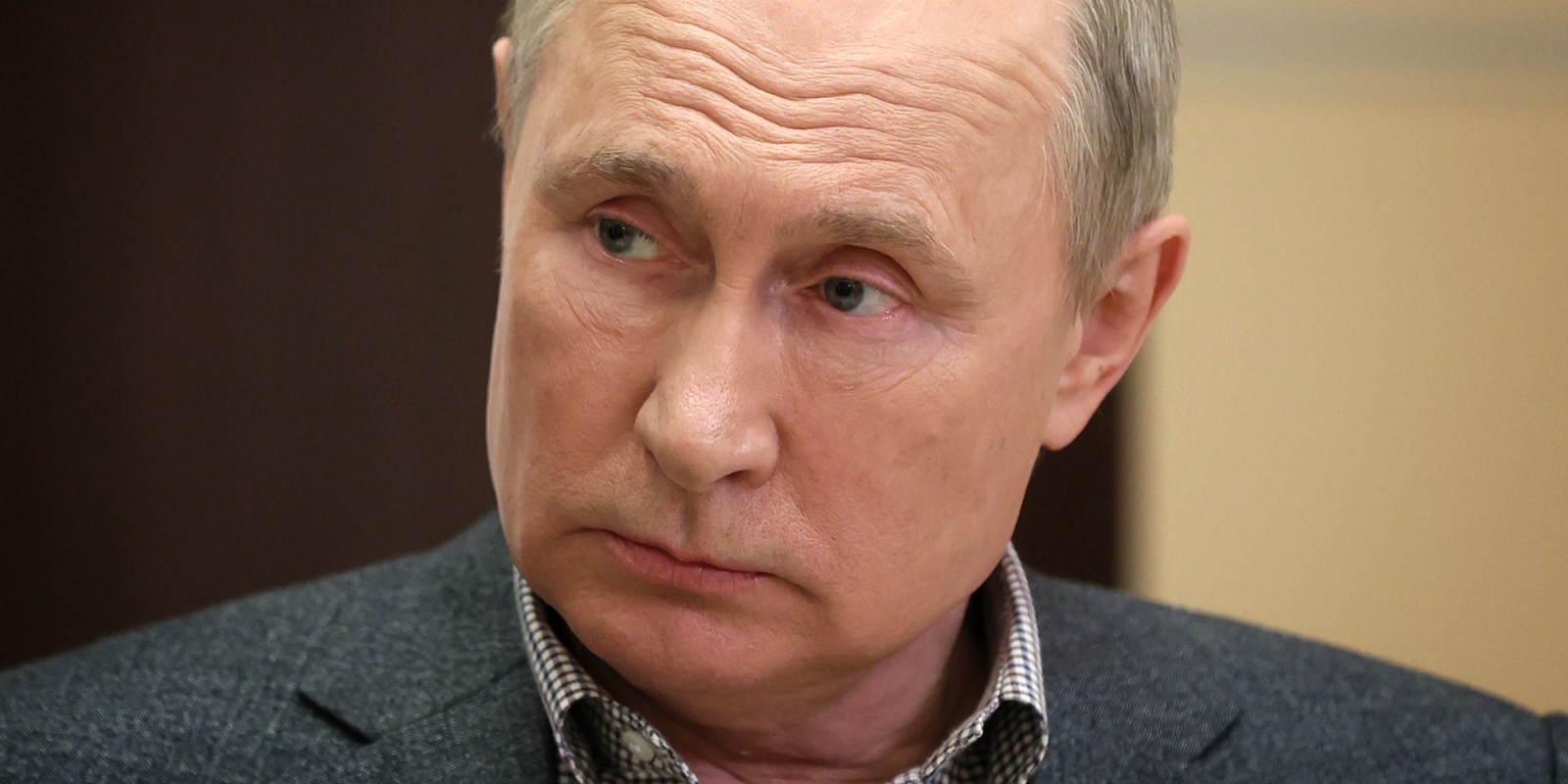 ‘The past is never dead. It’s not even past.”
— American novelist William Faulkner

Too often, political analysts and policymakers can operate in a kind of mental space where history — right along with intangibles like national memory and myth — becomes an unimportant, even irrelevant footnote to the current question at hand. But history, geography and political and social traditions are integral parts of the ways nations and their leaders see themselves and their political trajectories — and their relationships with other nations.

Actually, leaders quite easily speak of their respective countries’ national destinies, their sacred traditions and their historic legacies at least as much as they talk about more abstract things like strategic objectives, economic concerns, defence preparedness and zero-sum or win-win negotiating approaches.

This, of course, is just as true for the leadership cadres of China, Russia, and Iran as it is for the United States, even if this is often overlooked in those strategic discussions within the inner circle of western policymakers. But it is clear such ideas matter a great deal to those leaders. In particular, these three nations, more than most, may take rather long views of history as guidelines for their respective presents and futures. In this article we will discuss the Russia/Ukraine challenge, and in a subsequent one we will look at the China/Taiwan and Iran situations.

Contemplate, for example, the widely reported statement by Russian President Vladimir Putin that he believes the 20th century’s greatest tragedy was not two world wars, industrialised genocide, the economic collapse of the Great Depression, or the baleful climate effects of the Anthropocene era, but, rather, the peaceful disintegration of the old Soviet Union into 15 nations. Moreover, he has repeatedly added a codicil to the effect that Ukraine, Belarus and Russia are, ultimately, one people and should naturally be one nation.

In a previous article, we dug deeper into Putin’s views and value system. There we cited New York Times columnist David Brooks’ on-point observations, “To enter into the world of Putin’s favourite philosophers [i.e. Nikolai Berdyaev’s The Philosophy of Inequality, Vladimir Solovyov’s Justification of the Good, and Ivan Ilyin’s Our Tasks] is to enter a world full of melodrama, mysticism and grandiose eschatological visions. [For example:] ‘We trust and are confident that the hour will come when Russia will rise from disintegration and humiliation and begin an epoch of new development and greatness,’ Ilyin wrote. Three great ideas run through this work. The first is Russian exceptionalism: the idea that Russia has its own unique spiritual status and purpose. The second is devotion to the Orthodox faith. The third is belief in autocracy. Mashed together, these philosophers point to a Russia that is a quasi-theocratic nationalist autocracy destined to play a culminating role on the world stage.”

At the heart of Russia’s foreign policy, fear of the outside world

In a discussion like this we should add one more element that draws from Russia’s deep history.  Kyiv, now the capital of an independent Ukraine, is the spiritual home base for the very idea of a Russian nation —  back to its establishment as a Varangian fortified trading outpost. (The Varangians were Vikings who made a sharp eastward turn on their rovings, rather than going west to terrorise and loot the Western Europe and Mediterranean landscape, as all those other Vikings did.) In that sense, the fundamental idea of Russia for more than a thousand years is rooted in what is now, very unsatisfyingly, the separate nation of Ukraine, following the collapse of the USSR. Thus, “Job One” for a man like Vladimir Putin would seem to be to put such wrongs to right, but without destroying the motherland, let alone global civilisation.

At least for Vladimir Putin, “recovery” of the Crimea was similarly an effort to right still another one of those historical “wrongs”. Crimea had been wrested from the Ottoman Empire at the end of the 18th century by Russia, and it had hosted a population that largely consisted of Tatars. After World War 2, and after most of the Tatar population had been deported during the war as potential fifth columnists, the Soviet government transferred administrative control over the peninsula to the Ukrainian Soviet Socialist Republic (a constituent part of the USSR) as a “reward” for Ukraine’s suffering during the war. When the Soviet Union broke up, Crimea, and the disposition of the Russian fleet based at Sevastopol, became a real bone of contention between Russia and Ukraine.

Until 2014, Crimea had remained part of Ukraine until the sudden Russian military strike and that not particularly credible referendum among its residents on reunification with Russia shortly thereafter. It became the largest forcible transfer of territory in Europe since World War 2. Concurrently, Russia has also been assisting a rump state on the eastern border between Russia and Ukraine in the Donbass Basin. There, the majority of the population are more ethnically and linguistically Russian than Ukrainian — and for many there this is a bid either for a kind of independence from Ukraine or even a direct merger into Russia, but for Russia this is also a means to disrupt, fragment and delegitimise the Ukrainian state now that its politicians no longer seem so willing to be compliant towards Russian guidance.

Taken together, all of this means Putin’s Russia still sees Ukraine as an integral part of the Russian world historically and culturally; a place whose people are ethnically nearly the same as Russia. But ironically, Ukrainians increasingly feel alienated from Russia following the Crimean seizure, the support for separatists in the east and the stationing of more than 100,000 troops near the border to make the point that an actual invasion is eminently possible, if not imminent.

Meanwhile, from Putin’s perspective, he may also see Ukraine as a place that is becoming something of the advance guard for his imagined Nato expansion eastward (despite there being no plans for this), deep into what the Russians reluctantly see as their “near abroad”, and territory that was formerly a key component of the old USSR, rather than as a fully independent nation in its own right. That mental picture, of course, is obviously not the way the leaders of the Ukrainian government in Kyiv, and more and more of the Ukrainian people, especially after its peaceful colour revolution a few years back to rid the country of a Russian forelock-tugger of a president, now view themselves.

These divergent views mean the key to what happens next lies largely within the mind of Vladimir Putin. And that leads us back to the age-old debate that challenges analysts as well as leaders: capabilities versus intentions. And so, are the actions by Putin so far a very sophisticated kind of bluff to test the mettle of the West (and Ukraine) or is it a gradual, but inexorable increase in pressure — the real deal?

It is increasingly clear that if the Russian leader elected to send his well-prepared and well-equipped army into Ukraine in the middle of winter fighting season (when the ground is frozen, making it much easier for mechanised troop movements than is the case in either the autumn or spring), a significant advance westward could well take place before any kind of substantive military response could be marshalled.

But what would occur after such initial troop movements is the question. Would Ukrainians put up a stiff, costly resistance and then go to irregular, guerrilla tactics, thereby repeating the disastrous Russian engagement in Afghanistan? Would Nato vastly reinforce Ukrainian forces with sophisticated weapons, increasing Ukrainian firepower and resolve? And would the Americans and the West quickly put into place the kinds of sanctions that would really punish Russia, such as restrictions on travel for all top officials, and cancelling Russian access to the SWIFT international banking exchange system, making it almost impossible for Russians to carry out any international funds transfers? Or, would Nato nations cancel participation in the nearly completed natural gas pipeline from Russia to Germany and other ongoing fuel commodity purchases, closing off most of Russia’s international sales? Or even worse?

Or would the West acquiesce in another border rearrangement if it came with guarantees of no further changes to the political landscape? And what would the repercussions of that kind of result be to the Westphalian international system?

Accordingly, it should not be surprising that the Biden administration and the governments of other Western nations are trying to conceptualise and then craft policies that would deliver a message that any precipitous action by Russia would have real and very painful consequences short of a larger war. Much, perhaps everything, may depend on the pictures in Vladimir Putin’s head, and how much he really hopes to reverse at least some part of the “greatest tragedy of the 20th century”. DM