In court: Parliament fire suspect a ‘scapegoat for failures of the executive and legislature’ – lawyer 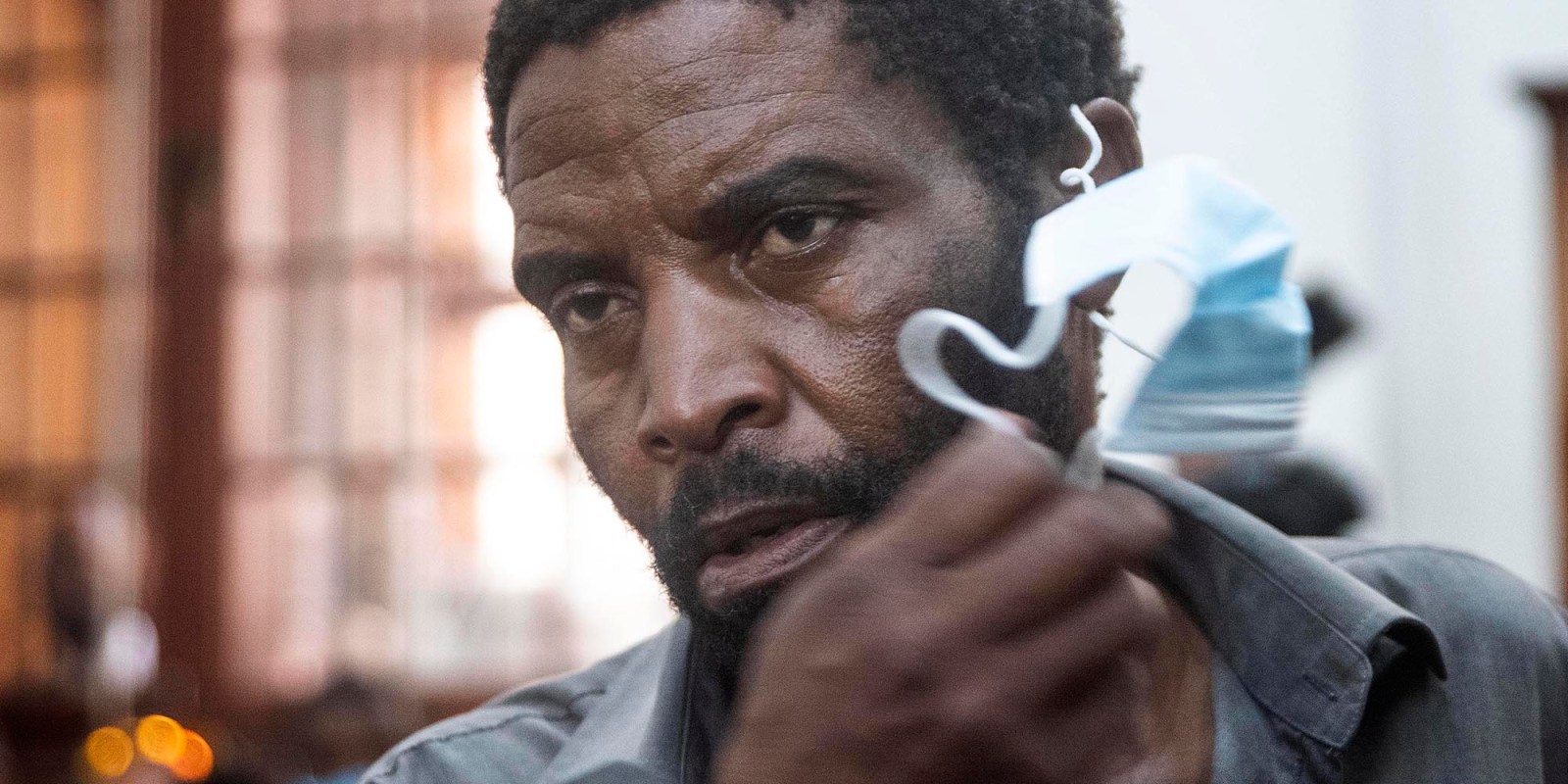 The State has brought five charges against Zandile Christmas Mafe, the suspect arrested in connection with the fire, at his appearance in the Cape Town Magistrate’s Court. His lawyer says he is innocent - and a scapegoat for the failures of the executive and legislature.

The fire that has wreaked havoc at Parliament over the past 48 hours has raised questions about security at National Key Points.

While a suspect arrested in connection with the Parliament fire appeared in Cape Town Magistrate’s Court on Tuesday, the proceedings brought little clarity and few answers for the people of South Africa, who remain on tenterhooks after the destruction of the country’s legislative seat. The State requested that the court case for the accused, Zandile Christmas Mafe from Khayelitsha, be postponed for seven days, to allow for the collection of more evidence and information.

See below video clip from court, by Tamsin Metelerkamp

This was according to prosecutor Adnaan Gelderbloem. During the court proceedings, he noted that the investigating officer for the case had not yet been able to access the scene of the fire, due to unsafe conditions. “Evidence still needs to be collected and the extent of damages still needs to be assessed,” he said.

It remains a matter of contention as to whether Mafe will be charged with schedule one or schedule five offences. The State alleges that the offences fall under schedule five, with the charges being housebreaking with intent to steal and theft, two counts of arson, possession of an explosive device and destruction of essential infrastructure. However, Luvuyo Godla, defence attorney for the accused, claimed that “arson is [a] schedule one [offence], regardless of where it takes place”.

Magistrate Zamekile Mbalo granted the State a seven-day deferral of the case, citing the need to understand the extent of the damage to Parliament, and to allow it to gather more information. The deferral will also allow time for the schedule of the crime to be determined. Mafe’s next court appearance will be on 11 January 2022.

Speaking in the aftermath of Mafe’s court appearance, National Prosecuting Authority spokesperson Eric Ntabazalila said that the destruction of essential infrastructure that occurred during the fire allows the state to charge Mafe under schedule five.

Mafe was arrested at the scene of the Parliament fire on Sunday, according to Hawks spokesperson Brigadier Nomthandazo Mbambo. He was found with items believed to have been stolen from Parliament, as well as other items that “are still subject to investigation”, she said.

“We are going to be conducting a full investigation. We’re hoping, or we think, that there may be other people that are involved, but at this stage the focus is still on this one [person], until the investigation can tell otherwise,” said Mbambo.

Mafe is not guilty of the charges brought against him by the State, according to Godla. Rather, he is a “scapegoat for failures of the executive and legislature”, he claims.

Godla is representing Mafe pro bono, saying, “For now, I don’t have even a cent that compels me to come and defend this chap, because he raised his hand, and surely we are coming from a very similar background.”

The home and possessions that Mafe has in Site B of Khayelitsha should be sufficient for him to apply for bail, with the lack of previous convictions, pending cases or warrants of arrest against him making him a suitable candidate, Godla said. “We are all poor, and this chap, yes, he does not have assets, but that does not make him a flight risk,” he said.

The State will oppose bail, with more charges likely to be brought against Mafe as the investigation continues, according to Ntabazalila.

The fire that flared up again on Monday was contained by midnight. An assessment of the damage and the cause of the fire are ongoing. DM