Reflection: The Arch has left his moral compass for us...

Reflection: The Arch has left his moral compass for us all and his death and send-off was a Tutuesque reminder 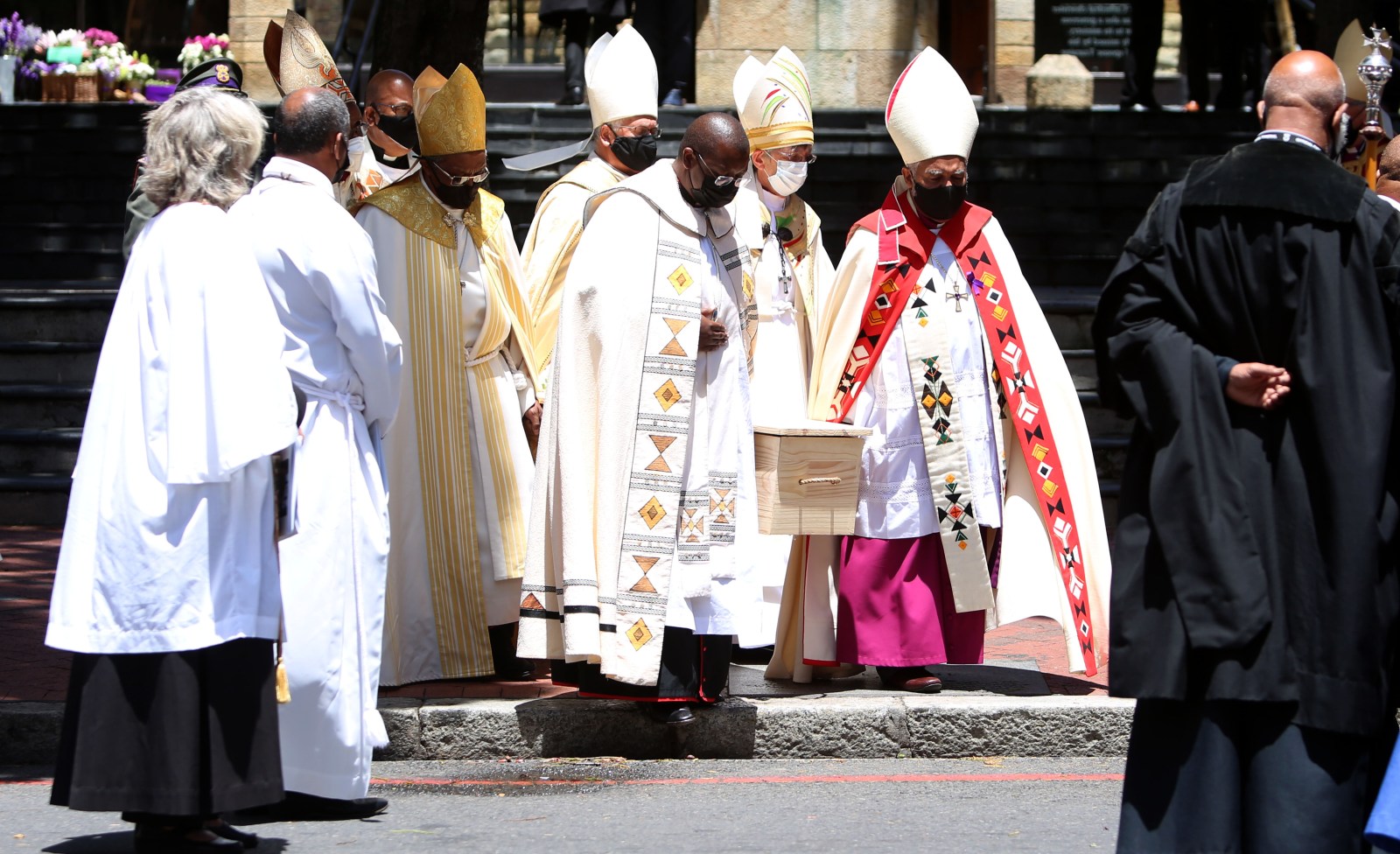 The coffin of the late Archbishop Emeritus Desmond Tutu leaves St George’s Cathedral in Cape Town on Saturday, 01 January 2022. Tutu was hailed as the moral conscience of South Africa, a staunch anti-apartheid activist and an unflinching advocate for human rights during the apartheid and democratic era. Tutu fought for the rights of those living with HIV/Aids, campaigned against racism, sexism, homophobia and transphobia and spoke out on the scourge of government corruption. (Photo: Leila Dougan)

St George’s, the “People’s Cathedral”, located off oak-lined Government Avenue is just a squirrel’s leap from the National Assembly, providing a looming and striking architectural prompt to conscience.

In a few days, Zondo is due to hand over to the President the first part of the State Capture report. The smell of blood and fear is already in the air.

On 30 December, an organisation calling itself Democracy in Action announced it would be filing papers in the Johannesburg High Court to stop Zondo from releasing the State Capture Report.

But the optics in St George’s Cathedral, the oldest in southern Africa and the sacred site of so much collective resistance, history and hope, appeared orchestrated by Tutu’s characteristic impish sense of the divine he often expressed.

“Destiny had anointed him a champion of the immortal cause of justice,” – President Cyril Ramaphosa.

Firstly, the beloved Arch chose Boxing Day to return the gift of his physical body to his maker. No need for receipts, warranties, guarantees, explanations or proof.

For 90 years, he used it up, he did not douse the fire of Jeremiah. Tutu did the work no matter what it took or who he offended.

Luthuli, Mandela, Tutu and, yes, even De Klerk, belong now to the ages.

We are on our own, so to speak, but with a clear roadmap left for how to get to a destination we recognise.

Delivering the eulogy at Tutu’s “Category One” funeral at the cathedral, President Cyril Ramaphosa said the death of  Tutu marked “the end of an epoch”.

While Nelson Mandela had been the “father of democracy” Desmond Tutu was “the spiritual father of our new nation.”

“The most fitting tribute we can pay him is to take up the cause of social justice for which he tirelessly campaigned for much of his life. He has left an enormous legacy and we are diminished by his passing,” urged the head of government

Tutu was not only the country’s “moral compass” but also its “national conscience”.

“Destiny had anointed him a champion of the immortal cause of justice,” said Ramaphosa.

Millions across the world watched the live broadcast of the service attended by members of the Tutu family including his beloved Leah as well as various clerical and political dignitaries.

Tutu, said the president, was “one of the rarest of souls who attain the stature of a global icon in their lifetime”.

He had supported the rights of the LGBQTI+ community and had never remained silent in the face of injustice wherever he found it.

His most precious legacy, however, was that of national reconciliation “recognising the injustices of the past” and that  alongside Nelson Mandela, Archbishop Desmond Tutu helped “to steer our nation”

“He bequeathed us many things, the courage of one’s convictions, solidarity with oppressed, delivering on the promises made by the constitution and many others, but it was with this term Rainbow Nation that he bequeathed our new nation that is the greatest gift of all,” Ramaphosa concluded. DM