Reflection: A legacy of faith, hope and love – to the...

Reflection: A legacy of faith, hope and love – to the very end 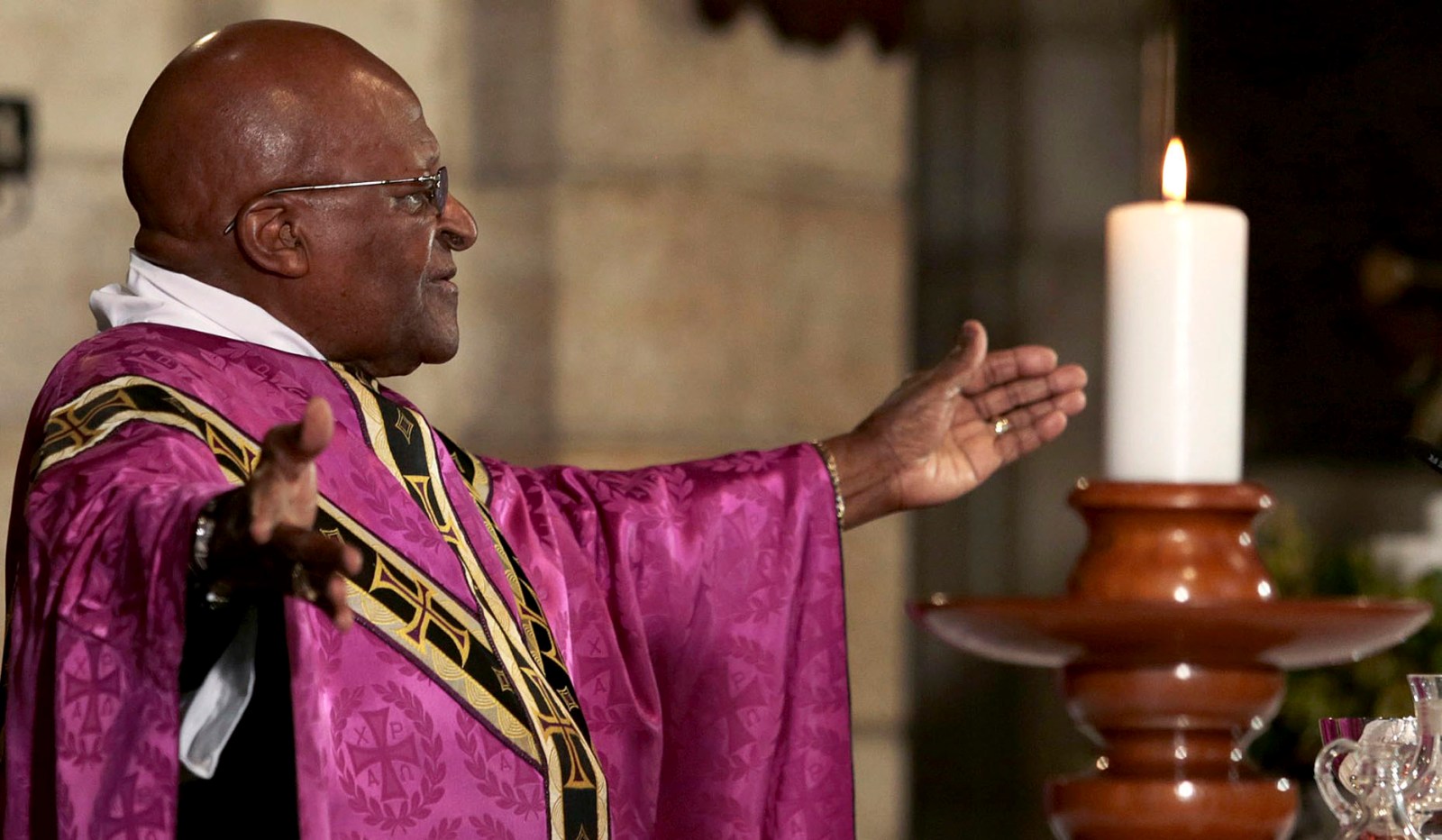 Archbishop Desmond Tutu was called to be an Arch, a bridge above and across worldly chasms, devised to divide and destroy the hope and love that he stood for.

Every religion has played at some time or another a part in making a world more divided while claiming to be a messenger of peace. On the other hand, the world’s major religions do claim to carry within them the seeds of peaceful possibility. It’s just that too often, practitioners get in the way.

One of the advancements of the 20th century was the ecumenical movement followed by the interfaith movement. After World War 2, the World Council of Churches was established, building on earlier work to bring Christians of all persuasions together. An even braver initiative was begun by the World Conference of Religion and Peace and the Parliament of the World’s Religions.

The 20th century saw people of different faiths beginning to walk toward each other for the first time instead of building their walls higher and higher.

As in so many other ways Desmond Tutu was ahead of most famous leaders in this regard. The experience at the World Council of Churches and the South African Council of Churches expanded his appreciation of those beyond his Anglican faith. He enthusiastically embraced interfaith engagement into the Anglican church.

One of the reasons was the need for a united front amongst religious faiths to oppose apartheid. By the late 1980s, the faiths stood together in their call for justice and a new and different South Africa. After our first democratic elections, different faiths cooperated as never before in discussions about religious content on the national broadcaster, religious education in schools, and the need for children to learn about different faiths to respect them. These were signs of hope and it stands to the credit of South Africans that while we have had racial conflict, ethnic conflict and civil war, we have never succumbed to religious war.

In his latter years, following his retirement as archbishop, Desmond Tutu became more and more involved with interfaith engagement. Tutu’s relationship with the Dalai Lama became a worldwide symbol of the kind of spirit between faiths that could make a difference in dozens of troublespots in the world.

When Tutu discussed his relationship with the Dalai Lama, he was “impressed by his deep sincerity, and the profound reverence that Buddhists have for life” and that the Buddhist greeting of “the God in me greets the God in you” was one that “we Christians could make our own” to acknowledge and respect other faiths.

Tutu stated he was not “aware that any faith has declared that it is acceptable that human beings should be victims of injustice and oppression. On the contrary, we have been able to walk arm in arm with adherents of other faiths in the cause of justice and freedom, even as fellow Christians have vilified and opposed our witness”.

Bridging the coexistence of multiple faiths faces many challenges. The new globalised paradigm could be seen as a threat to the specificity and identity of traditions and religions. Fear of domination by single religious values can raise barriers to dialogue and unity. The Arch was acutely aware of the complexities of globalisation for all religions. Because discussions of faith and theology speak to who and why we are, discussions across faiths are difficult because they require the willingness to be vulnerable.

David Smock (2002) claims that “interfaith dialogue is a simple concept: persons of different faiths meeting to have a conversation” with the intention to learn and grow from each other.

Interfaith conversations are hard, but interfaith relationships are even more difficult to establish and maintain over long periods. No one demonstrates this sustained endeavour better than Tutu.

Leonard Swidler (1998) further defines interfaith dialogue by identifying three levels by which it operates: (1) “the cognitive, where we see understanding [of] the truth,” (2) “the depth or spiritual dimension, where we attempt to experience the partner’s religion or ideology from within,” and (3) “the practical, where we collaborate to help humanity”.

Tutu’s philosophy of ubuntu and his public discourse insisted upon a material focus on social inequality, injustice, violence, and human dignity which meant he was able to cross these faith boundaries and made it more viable for him to speak upon these issues. He believed that an interfaith encounter is a philosophical imperative leading to a transformative experience that enriches one’s own faith.

He was bold in his statements and authored a book titled God is not a Christian and in his foreword stated:

“As I see and read about the suffering, the pain, and the conflict that God’s people still undergo, their experiences cry out for the passionate involvement of people of faith in advocating for the values of God’s kingdom.”

Tutu always drew on the meaning of ubuntu in his advocacy for peace and claimed it to be the very essence of humanity, recognising the relational nature of human beings, that we constantly define and shape ourselves in relating to others. The interconnectedness of humanity was a core belief that drove Tutu’s famous saying: “We can be human only together”.

We can see key values and resonances which span across multiple religious traditions.

With his passionate humanity that embraced every individual, across all faiths, and those with none at all, the Arch wasn’t only an Anglican Archbishop.

Throughout his life, from his Christian pulpit, the Arch stood as an intellectual and theological parent, a moral conscience and fearless fighter for truth and justice he never, ever, shut his heart, his spirit, or his ear to people of other beliefs and faiths. He never put his life on the line only for a “Christian truth”, a “Christian justice”, or a “Christian hope”. Faith, hope and love, and the greatest of these is love. That is what the Arch’s legacy is, to the end.

This well of empathy and love, I experienced at a deeply personal and profound level after my father’s death in 2019, when Tutu and Mama Leah sent my family a most beautiful bouquet of flowers and a message.

He also took the trouble to come to the foundation’s offices in person to offer his condolences to me. We had a lyrical discussion on the Hindu symbolism of the internment of my father’s ashes. This expanded into a discussion on the different scriptures, morality, spiritualism and the rituals of religion. His mere presence was a healing moment for me.

As we witness with emotion, awe and gratitude, the global outpouring of grief and celebration, we are once again reminded that he was first and foremost, the People’s Arch.

I close with the Arch’s reference to “people”, humanist words that he wrote decades ago.

“God calls on us to be his partners to work for a new kind of society where people count; where people matter more than things, more than possessions; where human life is not just respected but positively revered; where people will be secure and not suffer from the fear of hunger, from ignorance, from disease; where there will be more gentleness, more caring, more sharing, more compassion, more laughter; where there is peace and not war”.