After a challenging 2021, ambitious Proteas looking to use upcoming game to win back some respect – and climb the rankings 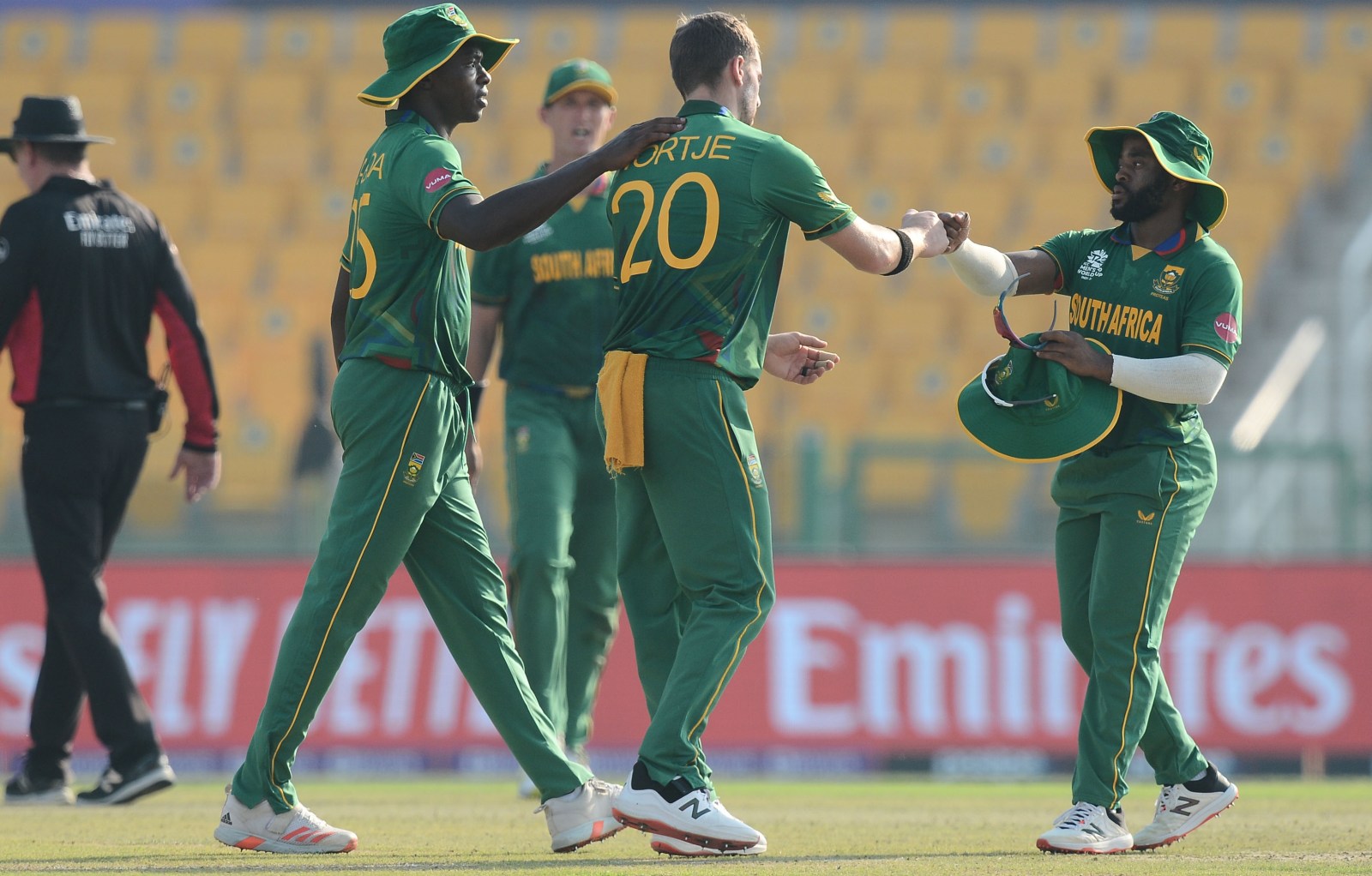 Temba Bavuma and his team are viewing upcoming games as an opportunity to climb the rankings and win back some respect.

Temba Bavuma believes that the Proteas have turned a corner. While the team fell short of qualifying for the playoffs at the recent T20 World Cup in the United Arab Emirates and Oman, the players exuded a new intensity and energy, particularly in the bowling and fielding departments.

That many have applauded the Proteas for their improved performances at that tournament speaks volumes for the state of South African cricket. Both white-ball teams currently languish in fifth place on the International Cricket Council (ICC) rankings, while the Test side sits as low as sixth.

The turmoil at Board level has impacted on the performances, and other controversies – such as the Quinton de Kock kneeling saga at the recent World Cup – have pushed players to the brink.

Fortunately, there are still people within South African cricket who believe in the potential of the national team. Bavuma speaks passionately about the growth of the side over the course of a challenging year. He says there’s good reason to expect some big performances over the next 12 months.

The Proteas could not have asked for a more challenging schedule. India have confirmed that they will tour South Africa – albeit for six matches instead of the initially scheduled 10 – over December and January.

Thereafter, the Proteas will tour New Zealand, England and eventually Australia. The T20 side will prepare for yet another global tournament next October, while one-day international (ODI) plans will gather momentum ahead of the next 50-over World Cup in 2023.

Expectations should be tempered, given South Africa’s recent results. And yet, Bavuma and company prefer to view the coming games as an opportunity to climb the rankings and win back some respect.

“It’s almost like an extended World Cup, where every game is like a final,” Bavuma tells DM168.

“There’s a lot of expectation within this group at the moment. We’re in a very different space now than was the case last year.

“We haven’t played much Test cricket in recent times. We can take some lessons from what we achieved in the limited-overs games, though. Results didn’t always go our way, but we overcame some demons and started to develop our own style and strategy.”

Since Mark Boucher succeeded Ottis Gibson as head coach in late 2019, the Proteas have played a mere 10 Tests across four series. They haven’t faced one of the Big Three since they lost 3-1 to England in January 2020.

Do they really expect to succeed against India, England and Australia – and against New Zealand, the current World Test champions?

“Some might be intimidated by that schedule, but the players realise that they have a chance to make a name for themselves,” Bavuma says.

“As batters, we’ve been challenging one another. Who is going to take that game or series by the scruff of the neck? Who’s going to take their chances this year and establish themselves as one of the best [batters] in the world?”

Dean Elgar will lead the Test team, while Bavuma will serve as his vice-captain. The Proteas will look to these senior batters to set the tone.

“Dean has earned a lot of respect over the years,” says Bavuma. “He plays his cricket hard, and calls a spade a spade. That’s been well received by the guys in the team, who realise what’s expected of them. You could see a change in attitude when we beat West Indies 2-0 this past June. Dean can’t do it all alone, though, and as senior players we have a responsibility to support him.”

India have never won a Test series in South Africa. The Proteas team has changed a great deal, though, since Virat Kohli’s side last toured in 2018. Legends of the game such as AB de Villiers, Hashim Amla, Morné Morkel and Dale Steyn have retired. By contrast, India still boast plenty of established stars.

“India might look at our team and think that this is their big chance to claim that elusive series win in [SA] ,” says Bavuma. “We’ve got a few new faces in our squad, but we know what we’re capable of. We will continue to polish our strengths ahead of the Tests.”

The Proteas T20 team has played 32 games over the past two years. The ODI side, however, has been more adversely affected by the pandemic.

Only 16 ODIs have been played during this period. Three of the eight bilateral series have been abandoned owing to Covid-19 concerns. The Netherlands were recently forced to end their tour of South Africa after one match.

Bavuma believes that the limited-overs team has grown in that short space of time. The controversy at the recent T20 World Cup has ultimately brought them closer together.

Five hours before the Proteas’ second match of the tournament against the West Indies, Cricket South Africa issued a directive to the squad, insisting that they all take a knee against racial discrimination. Upon arrival in Dubai, De Kock told his teammates he was withdrawing from the match.

The Proteas rallied to win the game by eight wickets. Arguably the most impressive performance, however, was delivered by Bavuma at the post-match press conference.

Given the chance to skip the briefing, he bravely opted to tackle the questions about De Kock and the team head-on. Bavuma defended De Kock, who in turn praised Bavuma’s leadership in a statement.

De Kock returned to the side thereafter, and the team knelt as one ahead of the subsequent matches. While the incident prompted a big public reaction and highlighted divisions that continue to exist in wider SA society, it also served to show that the players in the Proteas team share a special bond.

“It’s been tough, but we have come through the ordeal stronger than ever,” Bavuma says.

“The culture has been strengthened over the past few months, but it is something you work at on a daily basis. It’s not only the captain’s job to develop the culture. We’ve focused on creating an environment where everyone feels like they belong, and everyone has the freedom to express themselves.

“When I got the job as limited-overs captain earlier this year, I saw it as another chapter in my career. I didn’t know what to expect, though. It’s been a steep learning curve…

“From the outset, I decided to embrace the challenges and use them as an opportunity to grow. I learnt a lot about myself as a person, and about my teammates.

“Perhaps the biggest thing I’ve learnt is that you never stop learning. Every day brings something new, so you have to be ready for it.” DM168