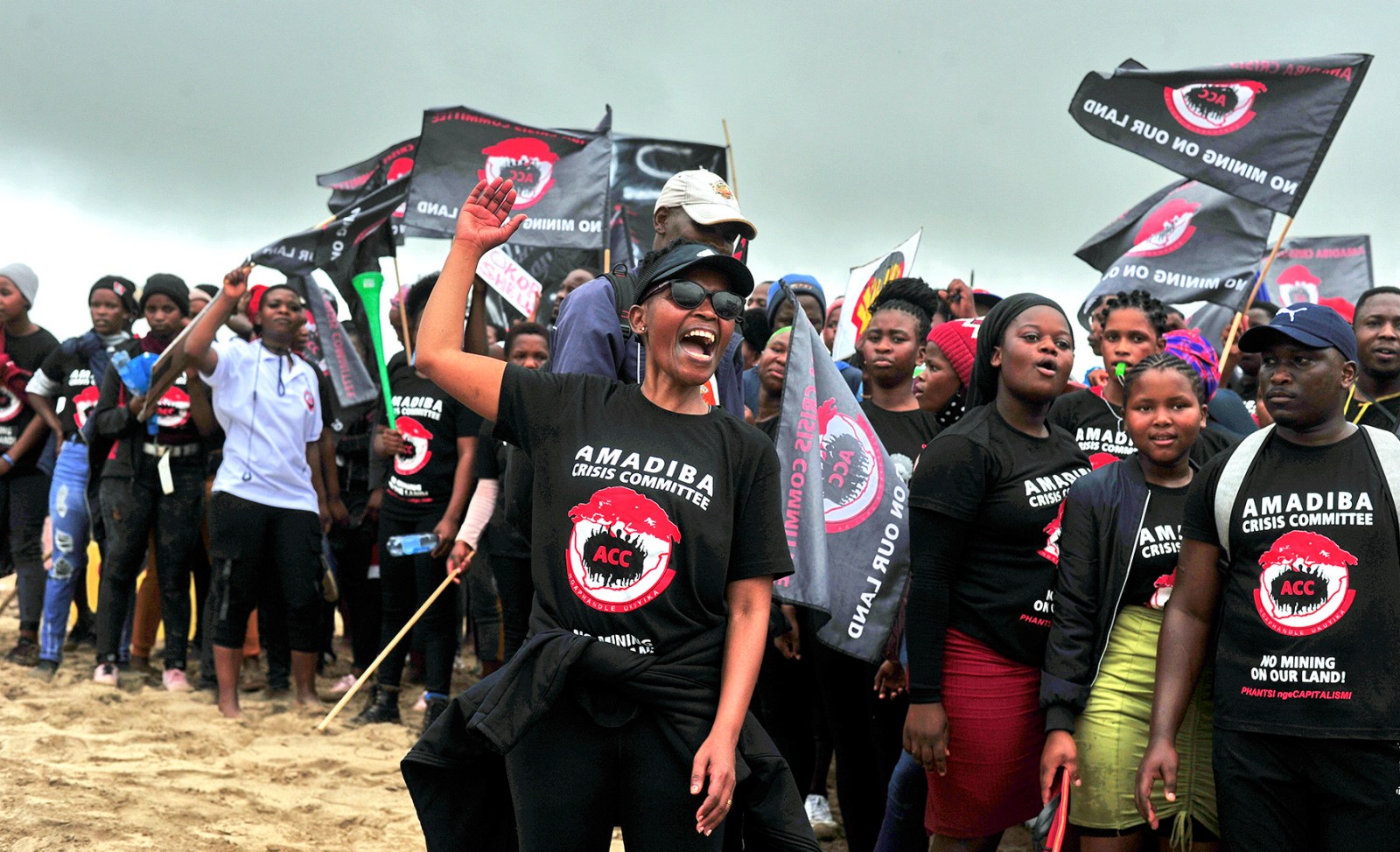 Gwede Mantashe’s department is the doormat that the multinational corporations use when they clean off their boots before entering the country to continue their colonial looting. This is why Mantashe’s losses in court are celebrated as victories for the people and for democracy.

The Amadiba Crisis Committee (ACC) salutes the judgment by Judge GH Bloem of the Makhanda High Court on Monday, 28 December 2021: The interim interdict against the multinational Shell Petroleum to continue its sonar blasting in the ocean outside the Wild Coast.

We salute all the coastal communities who came out in protest on 5 December together with Amadiba. May our solidarity and united actions grow stronger. We salute all the people coming out in support, from Cape Town to Durban and for all that they did in November. We salute the community lawyers for their tireless work. Together we won.

We don’t mainly blame the oil and gas company Shell for taking shortcuts to maximise profits for the rich, or for not checking what the law and the Constitution of a country say about the rights of the people. A mamba is not a kitten. Shell’s first, second or third concern will never be the climate crisis or if sound blasting in the sea, drilling in the sea bed and pumping up oil, will harm fishing and marine life.

We mostly blame our government and we ask the ministers:

Why have all the good laws adopted after 1994 and the new Constitution become such a big problem to you?

The interim interdict was won because (1) Shell had not consulted with any of the coastal communities about the blasting plans. And it won because (2) it is “reasonable to believe” that sonar blasting in the sea will harm marine life and fishing irreparably.

On that second note: Shell and the Department of Mineral Resources and Energy did not have one marine biologist defending them in court. As communities, we had over a dozen marine life scientists on our side who gave witness.

The judge did not go into the issue of environmental authorisation, but he was of the view that the communities have a “prospect of success in that regard”; when arguing that Shell doesn’t have one. This will come up again in court when a decision is taken on the demand for a final interdict followed by a full and proper Environmental Impact Assessment of sonar blasting in the ocean.

As ACC, we noted how Mineral Resources and Energy Minister Gwede Mantashe lashed out – on the government’s own Twitter account – saying that the case of the Wild Coast communities opposing Shell’s ocean blasting was an example of … “apartheid and colonialism of a special type, masqueraded as a great interest for environmental protection”.

Mantashe is the government’s Chief Truth Bender of a Special Type. It is no secret that Mantashe is the resource-hungry multinational corporation’s best friend, whether they come from Australia, China, UK or the Netherlands.

In the tradition of late Archbishop Desmond Tutu’s truth-telling to the governing party, we wish to say:

Mantashe’s department is the doormat that the multinational corporations use when they clean off their boots before entering the country to continue their colonial looting. This is why Mantashe’s losses in court are celebrated as victories for the people and for democracy. DM